Discovery of man’s body on fire at a London park is treated as suspicious, police say

The death of a man who was found on fire in a west London park is being treated as suspicious, police say.

Emergency services rushed to the scene at Belvue Park, Northolt, in the early hours of the morning to reports from the public that a body was on fire.

Met Police confirmed the tragedy this morning – and said the victim’s identity has not been confirmed, but his death is being treated as suspicious. 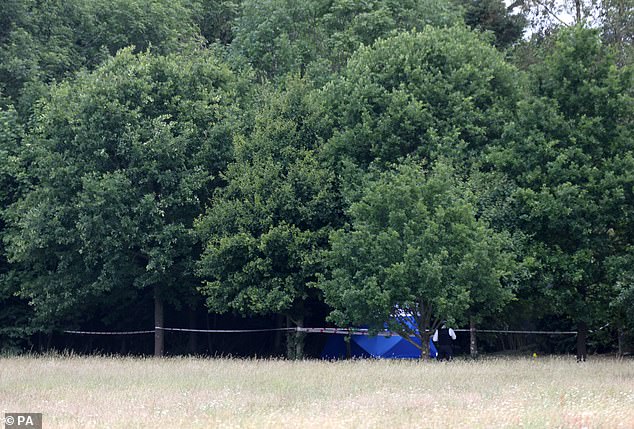 Emergency services rushed to the scene at Belvue Park (pictured) Northolt, in the early hours of the morning to reports from the public that a body was on fire 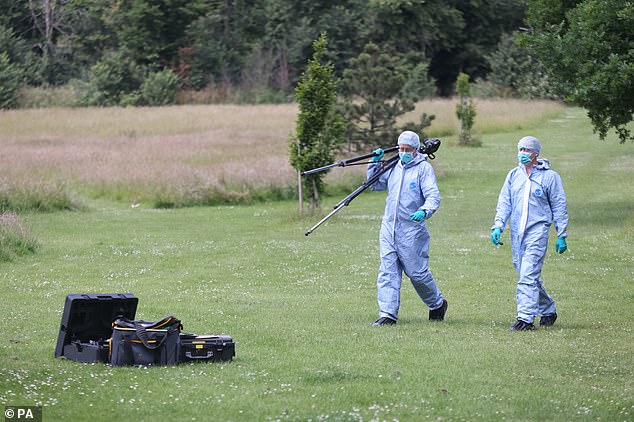 Forensic officers on the scene this morning. Met Police said the death is currently being treated as suspicious and are working to piece together the events that led to a person losing their life

Detectives from the Met’s Specialist Crime Command are leading the investigation.

Detective Chief Inspector Claire Hine, the senior investigating officer said: ‘This is a complex and fast-moving investigation and we are working to piece together the events that resulted in this person losing their life.

‘Our top priority at this stage is identifying the person involved so their family can be informed. We are also carrying out house-to-house enquiries are reviewing CCTV to build a timeline of who was in the area at the time of the fire. 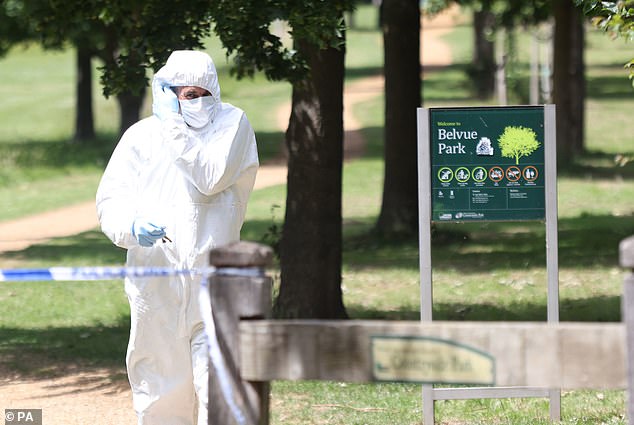 There have been no arrests but enquiries are still ongoing as police try to identify the deceased and contact their next of kin. Pictured: Forensic officers at the scene today 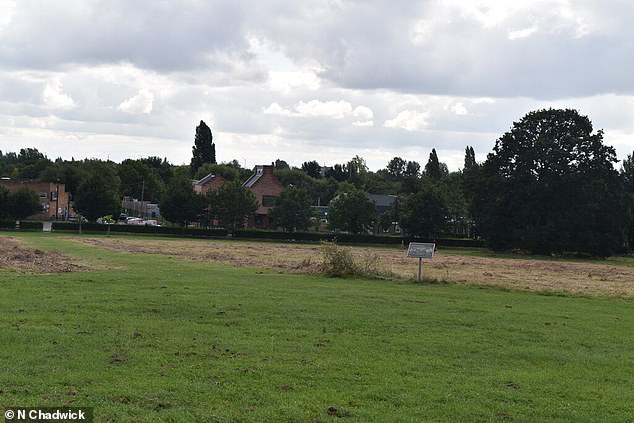 A body was found on fire just after 4.30am this morning in Belvue Park, Northolt (stock image). The suspicious death is being investigated by the Met’s Specialist Crime Command

Police say there is no information at this time to suggest there is any wider risk as a result of the incident.

A spokeswoman for London Fire Brigade said: ‘Firefighters were called to reports of a fire in a park on Rowdell Road in Northolt.

‘Sadly, a person was pronounced dead at the scene. ‘The brigade was called at 4.19am and the incident was over for firefighters by 4.56am.

‘One fire engine from Northolt Fire Station attended the scene. The cause of the fire is under investigation by the brigade and the Metropolitan Police Service.’

A heavy police presence will remain in the area as the investigation continues.