A large Victorian palliative care organisation is refusing to verify the deaths of patients who have died at home under the state’s voluntary assisted dying laws in a move described by some doctors as “discriminatory and unethical.”

Doctors have also reported instances of pharmacists carrying lethal medication for people with permits to die under the laws being refused entry into religious palliative care organisations, almost two years after landmark laws were introduced in Victoria. 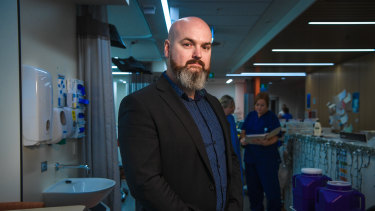 Two hundred and twenty-four Victorians suffering a terminal illness have died using a government-endorsed lethal medication since the laws came into effect in June 2019.

But in one case, police had to be called to verify the death of a man in December, who obtained a permit before drinking approved lethal medication at his home. The man was in the final stages of kidney disease and was a patient of Eastern Palliative Care, but staff who had cared for him were not permitted by the service to attend his home when he died or to verify his death afterwards.

The man’s family was left distressed when two police cars and an ambulance arrived at the house.

Eastern Palliative Care is a not-for-profit organisation affiliated with the Order of Malta and Catholic Church, but it receives substantial funding from the state government. It has openly conscientiously objected to participating in voluntary assisted dying under the state law.

A person must be verified as dead by a health practitioner, who checks their body for signs for life, before they can be taken by funeral directors.

Melbourne oncologist Cameron McLaren said the health service was within its rights not to participate in voluntary assisted dying, but its refusal to verify deaths afterwards was “discriminating against patients who had chosen a lawful way to die.”

“It is their job to support a patient through the dying process and support the patient’s family through it,” Dr McLaren said.

“Verifying a person’s death does not validate that you are pro-voluntary assisted dying. The fact that their care changes based on legal patient centred choice that’s been made is unethical and it is abhorrent.”

Dr McLaren, who has helped dozens of terminally ill Victorians end their own lives since euthanasia laws came into effect said the health service’s decision not to verify voluntary assisted dying deaths, “makes the patient and their family feel like they have done something wrong by supporting their loved one … It perpetuates the stigma that it is ethically wrong or immoral.”

In a statement, Eastern Palliative Care said it was a “misconception” among some health professionals that nurses should verify the death of patients who end their life through voluntary assisted dying.

“Nurses exercise their legal right to conscientiously object to all aspects of the … process – including the verification of death – and they do so with the full support of this organisation,” the statement said. “Our nurses’ priority is on quality end of life care – not ending life. Organising the verification of death of a person is the responsibility of the coordinating medical officer.”

In another case, a wheelchair-bound man with terminal cancer, living out his final days at a Mercy Place hospice in inner city Melbourne during the coronavirus lockdown last year, had to be transported to another hospital after pharmacists carrying the lethal medication were refused entry.

A doctor treating the man, who did not want to be identified as they were not permitted to speak about the case publicly, said the patient had obtained a permit to die after being assessed by several doctors and the facility had been aware of his plans to take his own life.

“We ended up rushing to admit him to hospital solely for the pharmacists to visit and dispense the medication for him to take to be able to die as he wished. It was a pretty poor state of affairs.”

Mercy Place is run by the Sisters of Mercy of Australia. The Catholic Church remains strongly opposed to Voluntary Assisted Dying.

A Mercy Health spokesman declined to comment on allegations that a pharmacist had been turned away from one of its palliative care clinics, saying it did not comment on individual patients.

“Mercy Health has put considerable thought and effort into the development of its approach to end-of-life care,” he said.

“As one of the many organisations that has elected not to provide direct support for VAD consistent with… our moral position on euthanasia it was important to establish a policy and approach that continued to provide compassionate care and accompaniment to people at the end of their life.

“We do not assert that our response is perfect. We understand that the system for both those services providing VAD practitioner support, and those not providing it… has, at times, provided challenges and is subject to the limitations of care environments.”

Melbourne renal physician Margaret Fraenkel, who has assessed several Eastern Palliative Care patients for voluntary assisted dying, wants the health service to review its protocols and consider verifying all deaths of patients; regardless of the manner of death.

She has asked the health service to consider establishing an opt-in system for palliative care nurses where they are able to verify their patients’ deaths if they wish to.

Dr Fraenkel said sometimes patients opted to drink the lethal medication without much notice and it was not always possible for doctors, who had assessed them for eligibility for the scheme, to be present at their deaths.

“Verifying a death is saying the patient is dead, not writing a death certificate, and it makes no sense why Eastern Palliative Care will not do this,” Dr Fraenkel said.

Dr Frankel’s call for a review is supported by Catholic oncologist Phillip Parente, who was once strongly opposed to voluntary assisted dying, but had a change of heart after being approached about it by his terminally ill patients.

“There will be people who will be struggling with the decision, I guarantee it, just the way I’ve struggled with it,” Professor Parente said.

“It’s my view that Eastern Health Palliative Care should review their policy with a view to verify all deaths including voluntary assisted dying deaths.”

The latest Voluntary Assisted Dying Review Board report, released last month showed that 405 permits to die have been issued, while 581 people have been assessed for eligibility to access euthanasia laws.

The average age of the applicants was 71. Forty-seven percent of applicants were women and 36 per cent were from regional Victoria. Almost 70 per cent drank the lethal medication themselves, while the rest had the dose administered intravenously by a doctor.

Of those who were given the medication, 77 percent had a malignancy diagnosis, such as lung, breast or gastrointestinal cancer and 23 per cent had a non-malignant diagnosis, with 62 per cent of this group having a neurodegenerative disease such as motor neurone disease.