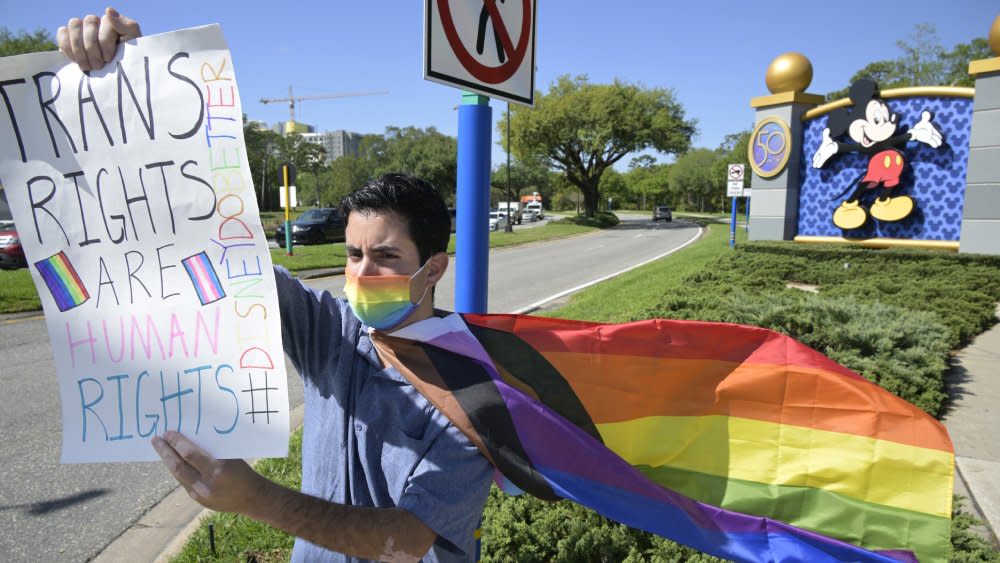 Disney’s mishandling of the “Don’t Say Gay” controversy has turned into an ongoing problem in Florida, as its unique role in state politics now faces scrutiny from critics on both the left and right.

Gov. Ron DeSantis has led the attacks, saying it was time to reevaluate the “special privileges” the company has received over the decades, including its wholly controlled fief, known as the Reedy Creek Improvement District. Disney is also taking heat from the left end of the political spectrum, which also has concerns over corporate influence, and is mad at the company for its generous donations to Republican politicians, including DeSantis.

It adds up to major headaches for the company’s three dozen lobbyists in Tallahassee, one of whom was quoted by NBC News blaming the Disney’s woes on “a total s— show response by corporate.”

Disney is the state’s largest single-site employer, with 70,000 employees at its Orlando theme parks, and it is broadly popular in the state. That has led some observers to conclude that — whatever the governor might say — the company’s interests in Florida are not in serious jeopardy.

“I saw it as a shot across the bow,” said Richard Foglesong, author of “Married to the Mouse: Walt Disney World and Orlando,” and a close observer of the political dynamics in Florida. “I assumed it would blow over. But I would reassess that a little.”

Other observers think the volatile situation may not improve soon. Jim Clark, a history professor at the University of Central Florida, said that he thought Disney should be concerned.

The controversy could have faded out last week, after DeSantis signed the “Parental Rights in Education” bill, which forbids classroom instruction on gender identity or sexual orientation in kindergarten through third grade. After initially declining to take a side, Disney had come out against the bill under pressure from its employees, and issued a statement last week vowing to seek to have it repealed. But if Disney thought that would be the end of it, they were wrong.

DeSantis blasted the company at press conferences and in an appearance on “Fox & Friends.” The governor noted two policies in particular — a carve-out from a social media “censorship” law, and the Reedy Creek district — as instances of Disney’s unwarranted clout, and vowed to adopt a more “evenhanded approach” in the future.

“The left is upset at them. Everyone else is upset at them,” DeSantis said at one appearance. “They’ve lost a lot of the pull that they used to have. Honestly I think that’s a good thing for the state.”

DeSantis, who appears to have presidential ambitions, has seen his profile rise in conservative media circles as his attacks on Disney have grown more vociferous. He may not have much incentive to de-escalate matters.

One factor working in Disney’s favor is that the Florida Legislature is now out of session. A special session has been called for later this month, but unless it is amended, or another session is called, the Legislature will have to wait until March 2023 to take up any anti-Disney bills. That could give time for some of the current furor to die down.

But Rep. Anthony Sabatini, a Republican from Central Florida, has urged DeSantis to call the Legislature into session this year to reexamine Disney’s special benefits.

“Disney has basically declared war on families,” Sabatini said in an interview. “This needs to be dealt with in a serious way. I think they need to be punished.”

Sabatini wants to reexamine all of Disney’s special carve-outs, but eliminating — or at least significantly reforming — the Reedy Creek Improvement District is at the top of his agenda.

The Legislature created the district in 1967, covering nearly 40 square miles of Orange and Osceola counties, which include Walt Disney World and the other Disney parks. The arrangement gives Disney unfettered control over public services, zoning and land use decisions. The district includes two “cities,” Lake Buena Vista and Bay Lake, home to a combined 53 residents, all Disney employees and their families.

After some junior legislators floated the issue last week, DeSantis signed on to the effort to get rid of it.

“To have have them almost govern themselves, that was probably never appropriate to start,” DeSantis said. “It’s certainly not appropriate now at this point.”

Following through on that could be a challenge, however. A decade ago, the California Legislature sought to dissolve Vernon — a similar purely industrial city with about 100 residents, adjacent to Los Angeles — only to back off once the costs and complexities of the undertaking became clear.

“This isn’t well thought out,” he said. “I’d imagine there would be court challenges that would drag out for years.”

Rep. Anna Eskamani, a Democrat from Orlando, noted that there has been no objective analysis of the impact of the district.

“We don’t know if Reedy Creek saves local government money or leads to them losing money,” she said.

Eskamani said she was frustrated by DeSantis’ approach, which saw as both “punitive” and “performative.”

But she is no Disney defender either.

Eskamani published her own list of special Disney perks that she believes should be reformed or repealed, including a $500 million tax incentive to move 2,000 jobs from California to a new regional hub at Lake Nona, in Orlando.

“There is a clear influence that companies like Disney and other corporations have wielded,” Eskamani said in an interview. “If the governor wants to do something about it, here are some legitimate examples.”