Do not approach this cat! Frantic owner of huge 4ft-long escaped semi-wild Savannah breed as big as a DOG warns people to keep their distance

A semi-wild Savannah cat is on the loose after escaping from a house in Bristol – and its worried owner is warning members of the public not to approach it.

The exotic pet, which is four-feet long, fled its special enclosure on Tuesday and is thought to be prowling the streets of the West Country city.

It is not dangerous, according to owner Laura Page, but could get spooked if people approach. 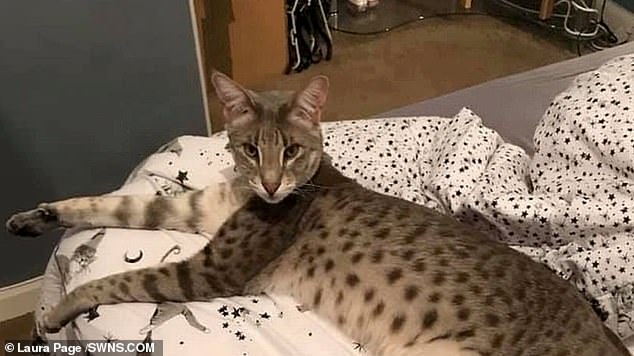 The exotic pet, which is four-feet long, fled its special enclosure on Tuesday and is thought to be prowling the streets of the West Country city

‘He will run if people approach him so I just want anyone who sees him to contact me and not try to get him,’ she said.

Have you spotted the cat?

‘He’s part-wild and will be afraid of people and loud noises. Please don’t approach him or try to catch or coax him in – he’s fast.

‘He has a loud pitched meow, which is very distinctive.’

The missing cat weighs in at more than 25lb – as big as a medium-sized dog.

Savannah cats are a hybrid of a type of African wildcat called a serval and the everyday domestic mog. They are prized by collectors and can cost £4,000. 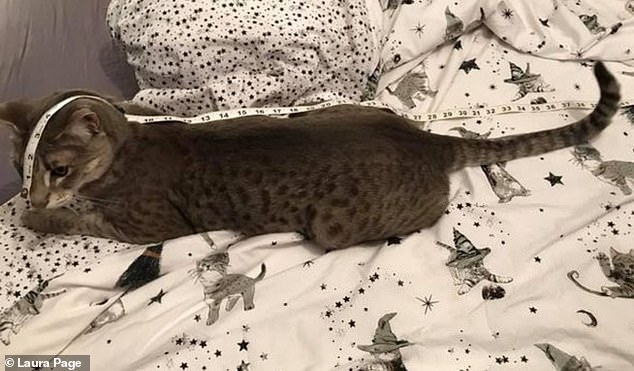 The cat is not dangerous, according to owner Laura Page, but could get spooked if people approach

It comes weeks after a mother said her two young children came within seconds of being mauled by one of the creatures as they played in their back garden.

Dr Neetu Nirdosh, from Hampstead, north London, said they are now too terrified to play outside after the beast circled them on the grass, baring its huge fangs before biting and tugging at her daughter’s jumper.

The mother of four told how she heard her son Alexander, four, and daughter Falcon, five, scream that a ‘cheetah’ had entered their garden.

Have you spotted the cat? Email [email protected]

What are Savannah cats and why are they legal in the UK?

They are a crossbreed of a domestic cat with an African serval, and weigh on average between 20 and 30lb.

The first kitten, named ‘Savannah’ was born on April 7, 1986 and the first generation possessed traits of both domestic cats and their wild cousins. 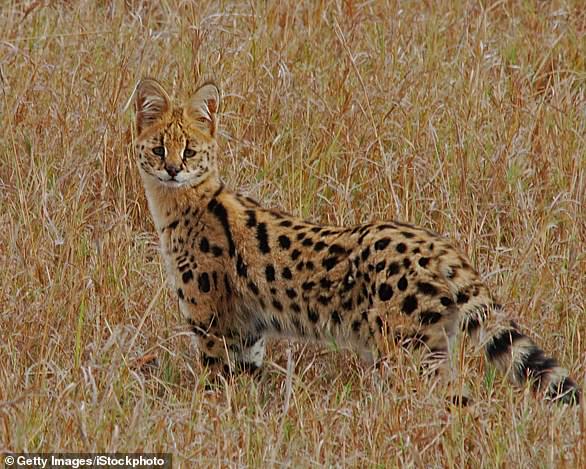 Savannah cats for sale are almost always described with the letter ‘F’ and an accompanying number designation.

This ‘F’ number is known as a filial number, and indicates how far removed from the serval side of their ancestry the Savannah is.

F1 Savannah cats are cats that have a serval as one parent and a domestic cat as the other, leading to them being 50% serval and 50% domestic. These are the rarest Savannah cats.

F2 Savannah cats are second-generation crossings, which have one serval grandparent with three domestic cat grandparents.

In the UK, it is not legal to own a serval or a first generation (F1) Savannah cat, being a cat that is half serval and half domestic, without a special licence that the average cat owner will be unable to attain.

However, F2 and subsequent generations are legal to own within the UK because they have fewer dangerous characteristics.