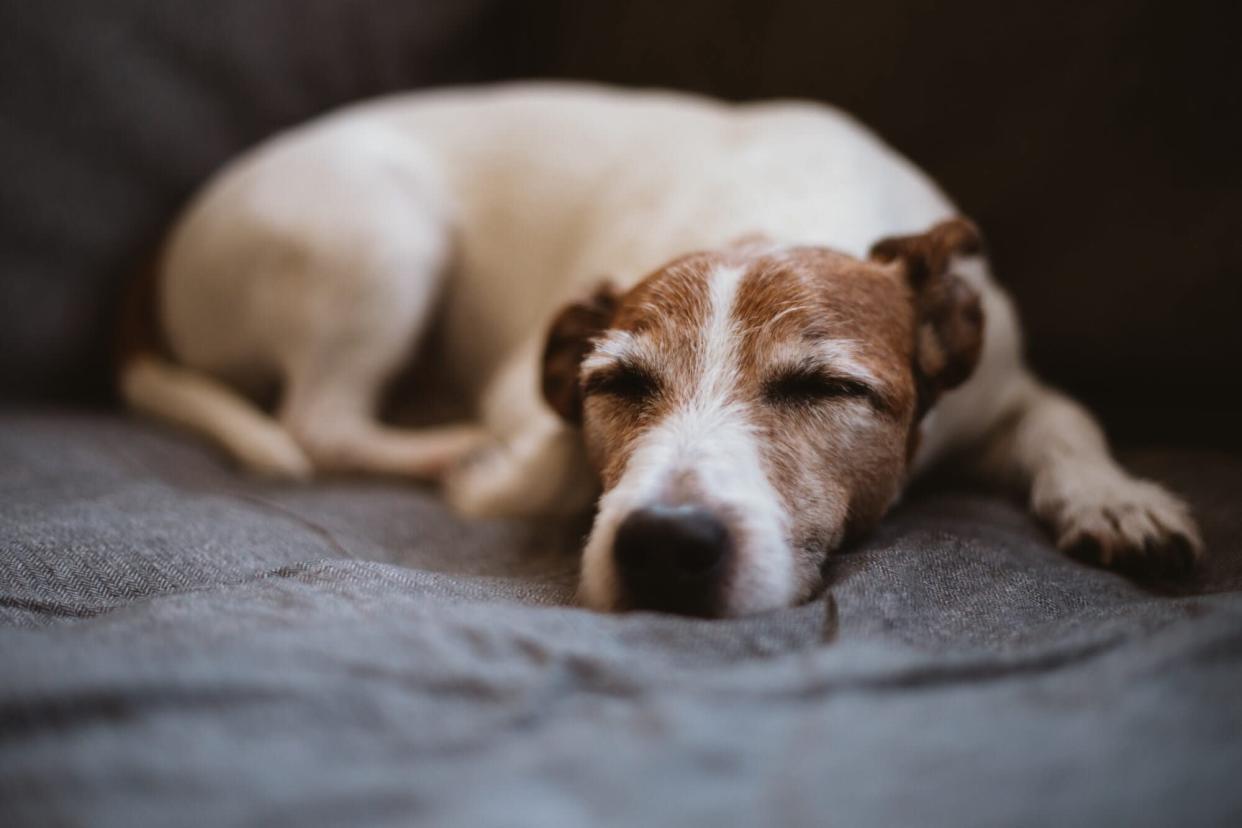 Most pet owners don’t like to think about their four-legged companions growing old, but recognizing and acting on the signs and symptoms of the aging process will help you keep them comfortable over time. One key aspect of their wellness to monitor carefully as they age? Their brain health—unfortunately, dogs, like humans, are susceptible to dementia and other brain-related diseases. A recent viral TikTok video, posted by the user Jade (@wherejadeplays), illustrated one such sign of declining brain health: The footage shows a Jack Russell Terrier staring at the corner of a wall next to a washing machine, which the social media user explains to viewers is a sign of dementia in dogs.

The post, which was uploaded on February 23, has since garnered about 8.1 million views and more than 8,000 comments. Jade captioned the video: “A common sign for dogs with dementia is staring at walls or in corners. #seniordog.”

Within the many comments on the post, Jade explained that her dog is going blind and was diagnosed with dementia. She notes that the Jack Russell Terrier often gets entranced by walls “whenever her doesn’t have anyone around to follow,” adding that “it’s not something in the walls he can hear [because] he’s pretty much deaf and has done this in the four different places I’ve lived in since diagnosis.”

Related: What Your Dog’s Nose Can Tell You About Their Overall Health

A report by Newsweek explains that dog dementia—known as canine cognitive dysfunction—is similar to Alzheimer’s disease in humans and associated with aging and changes in the brain. Veterinarian Dr. Lindsay Butzer, a spokesperson for Zesty Paws, told the outlet: “The older we and our dogs get, the more our brains atrophy and experience cellular decay. While the exact causes of CCD aren’t fully understood, researchers agree that it’s associated with the related changes within the brain as dogs get older.”

Signs your pup may have CCD, which commonly effects smaller dogs like terriers and toy dogs, include sleep-wake cycle changes, having accidents inside, and activity level change. Dr. Butzer notes that disorientation is one of the most common markers, which is the category of symptoms starting at walls would fall under. Dogs with CCD may also often forget where they’re going, even in spaces or on walks they’ve commonly navigated.

While it’s unclear why staring at walls is a symptom of the incurable disease, noticing it and other warning signs can help get your dog get treatment that will make them more comfortable. Newsweek reports that veterinarians can prescribe anipryl, a drug that helps with some symptoms by stimulating dopamine. Alternatively, Dr. Butzer says you can try over-the-counter medications like ashwagandha and chamomile.