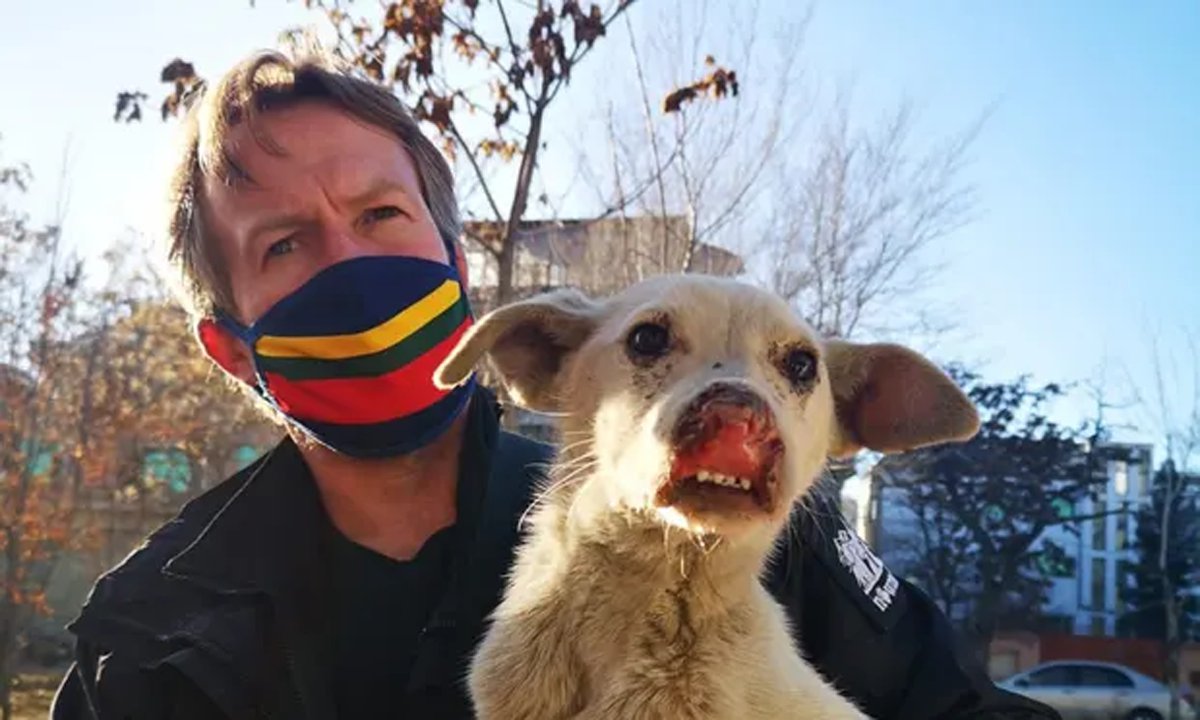 An ex-Royal Marine who was near to the deadly explosions close to Kabul airport has said his vehicle was targeted by a gunman amid the chaos.

Pen Farthing, who founded the Nowzad animal shelter, is aiming to get 200 dogs and cats out of the country alongside his staff.

He was outside the airport in a car when the terror attack happened, killing at least 13 people, including children.

He said: ‘We’re fine but everything is chaos here at the moment.

‘All of a sudden we heard gunshots and our vehicle was targeted, had our driver not turned around he would have been shot in the head by a man with an AK-47.

‘We’ve been in the airport, and back out of the airport; the whole thing’s a mess.

‘There’s not much more I can say at the moment, I need to make sure the animals and everyone is safe.’

At least two explosions are believed to have gone off as thousands waited outside Kabul airport to be evacuated.

The first explosion outside the Baron Hotel is believed to have been a suicide bomber, while the second blast at nearby Abbey Gate was likely a car bomb, defence sources said.

There is speculation that ISIS-K, an affiliate of the Islamic State, was behind the attack, though this has not been confirmed.

Up to three US troops are believed to have been injured in the explosion, as well as Taliban guards.

Boris Johnson will chair an emergency COBRA meeting later this afternoon to discuss the crisis.

It is not yet clear how the incident will impact efforts to evacuate foreign nationals and Afghans out of the country.

Western nations had warned earlier in the day of a possible attack at the airport.