Gone for the holidays! Hilarious moment dog runs off with piñata as group of adults and children frantically try to stop him

This pup was not planning to share the sweet treats, even with Christmas around the corner.

Residents in Mexico recently gathered in a neighborhood street to celebrate the ‘posadas,’ a religious tradition.

In a clip that has now gone viral on TikTok, adults and children are seen waiting for attendees to break open a piñata when the pooch joined in on the fun.

The video has been viewed more than 8.1 million times.

It shows the dog running up to the piñata and taking one healthy bite at it, enough to knock it down. 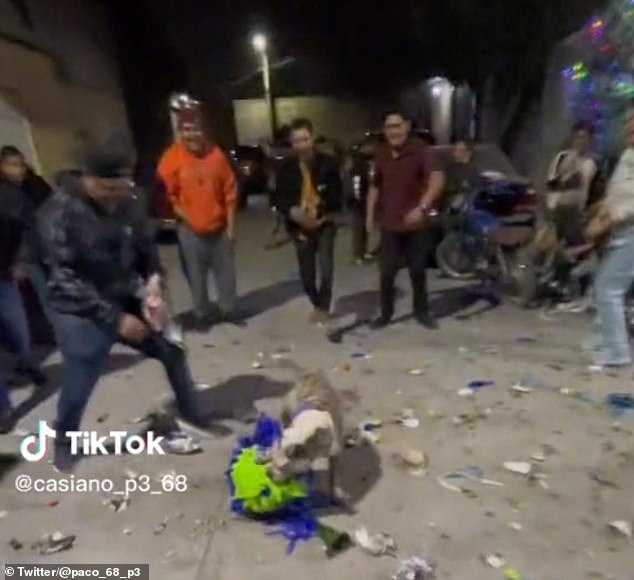 A resident in Mexico recorded the viral moment a dog stole a piñata during a recent religious celebration. The pooch approached the line where the piñata was hanging from and ripped it off with its teeth before racing away 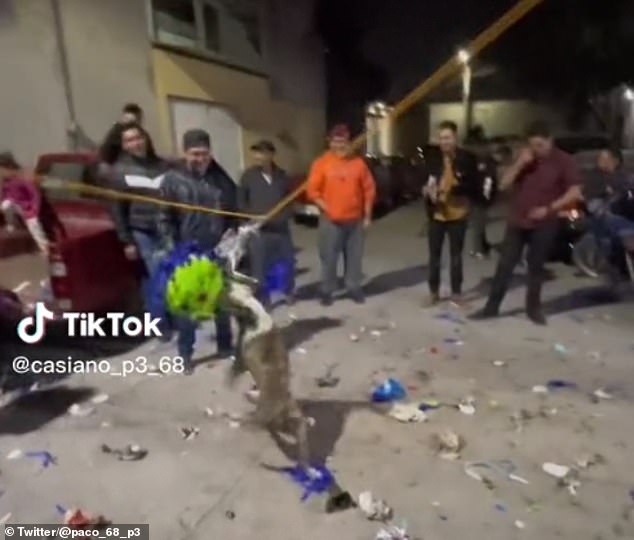 A TikTok video has gone viral – with more than 8.1 million views – after a dog led a group of people on a wild chase for a piñata

The dog then runs past a group standing next to a car that was being repaired and makes its way towards an alley.

A second video shows a toddler staring at the pooch as it snatched the piñata and joining the wild race.

While it’s unknown if the mischievous pup eventually gave up the piñata, one TikTok user joked that residents may still be asking of its whereabouts.

Another quipped that the pooch was prepared for the scramble that tends to take place when candy and other goodies are spilled to the ground.

‘It’s a given that with a piñata you don’t know anyone at that moment,’ the TikToker wrote. 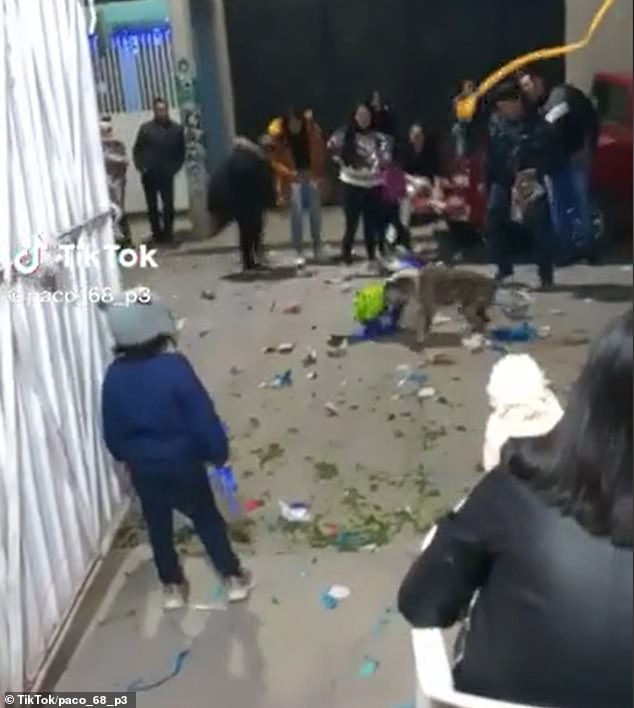