FORMER president Donald Trump and House Republican leader Kevin McCarthy have launched a plan to “take back the House in 2022” during a meeting today.

Claiming that Trump’s “popularity has never been stronger than it is today”, the pair met at the former president’s Mar-a-Lago estate in Florida. 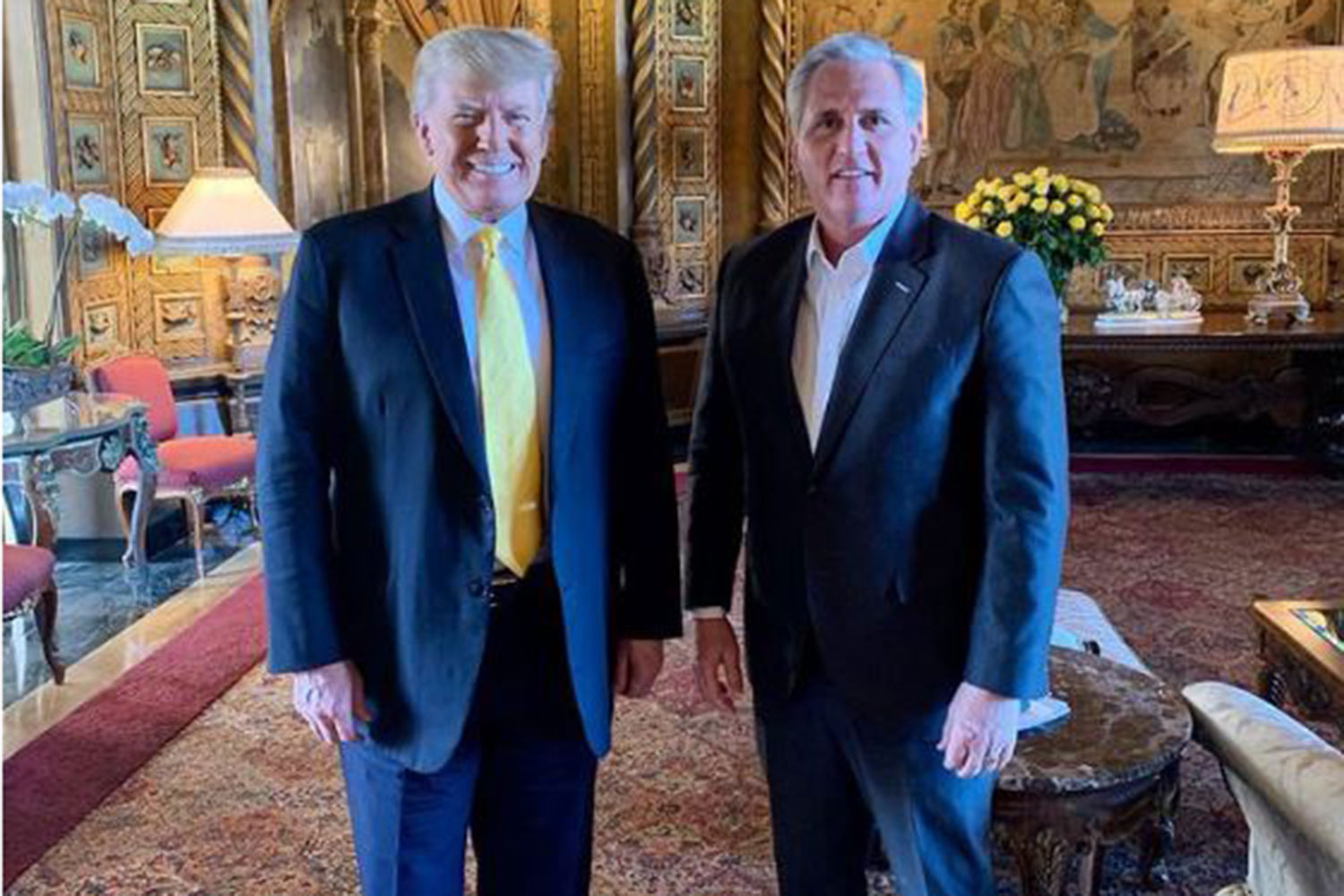 The rendezvous – with accompanying handout statement and a photo of the beaming Republicans – was a chance for the two to launch their bid to put the GOP back in the driving seat in the House.

“They discussed many topics, number on of which was taking back the House in 2022,” read the statement.

“President Trump’s popularity has never been stronger than it is today, and his endorsement means perhaps more than any endorsement at any time.

“President Trump has agreed to work with Leader McCarthy on helping the Republican Party to become a majority in the House.

“They worked very well together in the last election and picked up 15 seats when most predicted it would be the opposite. They will do so again and the work has already started.”

The image of Trump at his Palm Beach club standing beside McCarthy is the first official photo of the former president released by his team since he left office on January 20.

The staged shot emphasises that Trump will still support Republicans in their campaigns, despite question marks over whether he would move to set up his own political party.

In his first public statement since leaving office, the former president reiterated Monday he will "forever be a champion for the American People".

McCarthy was traveling to South Florida for donor meetings – as well as a get-together with Miami Mayor Francis Suarez – and made sure to visit with the former president during the trip.

The confident picture with the GOP leader comes after it became increasingly unlikely Trump will be convicted in his upcoming impeachment trial, due to begin February 8.

Former president Donald Trump’s popularity rating among Republicans has begun to bounce back since he left office, reported Forbes

According to tracking by Morning Consult, 81 per cent of Republican voters polled between January 23 to 25 hold positive views of Trump, including 54 per cent who do so strongly.

The meeting was a chance for the duo to clear the air after House Minority Leader McCarthy had previously spoken out against Trump on the impeachment, blaming him for fuelling the January 6 riots at the Capitol.

The Republican Senator is one of several GOP members who blamed Trump for how the Capitol riots unfolded, killing five and injuring at least 60 more.

"The president bears responsibility for Wednesday's attack on Congress by mob rioters," McCarthy had said.

"He should have immediately denounced the mob when he saw what was unfolding."