According to the transcript, Trump said under oath: ‘She said that I did something to her that never took place. There was no anything. I know nothing about this nut job.’

The deposition took place in October 2022. In another section, the 2024 presidential candidate said: ‘I know nothing about her. I think she’s sick, mentally sick.’ Trump reiterated his claim that Carroll was ‘not his type.’

The release of excerpts from the deposition came the same day as federal Judge Lewis A. Kaplan also refused a request by Trump’s lawyers to toss out two lawsuits by Carroll alleging defamation and rape. An April trial is planned.

Carroll is suing the president for defamation for claims he made publicly about her after she came forward with her allegations that Trump raped her in the fitting room of Manhattan department store Bergdorf-Goodman in the mid-1990s. 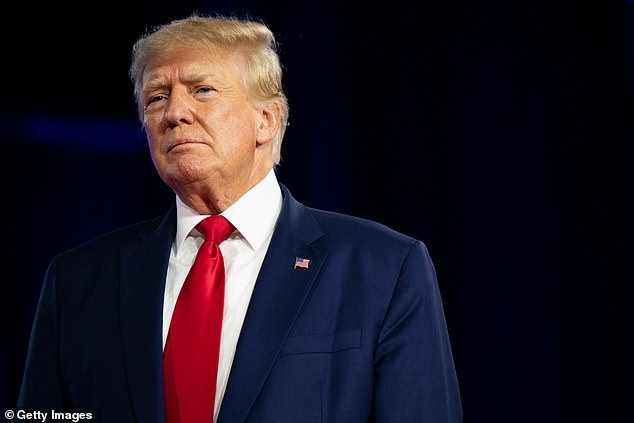 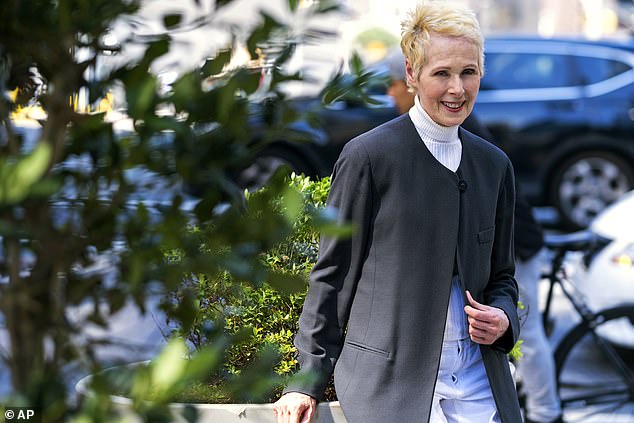 Trump said the encounter with Carroll in the upscale Manhattan department store never happened. She says that the pair’s interaction began as she helped him to pick out lingerie for a friend.

In his daylong testimony, he repeatedly attacked Carroll’s depiction of him as a rapist.

Trump said he knew it wasn’t ‘politically correct’ to say ‘she’s not my type’ when he responded to claims shortly after Carroll’s 2019 book was published.

During his time as president, Trump attacked Carroll repeatedly and alleged that her claims were made up as a means to sell a book.

He has denied knowing Carroll, calling the former Elle columnist’s rape allegations, first made public in 2019, ‘a complete con job.’

In deposition Trump echoed his previous statements in which he said that Carroll was not attractive enough to be sexually assaulted by him. 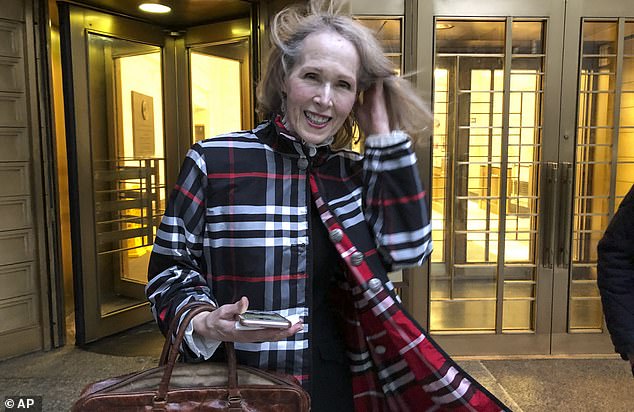 In Carroll’s testimony, which was released in December, she said that the ‘music had stopped’ in her love life after she was raped by Donald Trump.

During the videotaped deposition, Carroll said she didn’t develop any new romantic relationships after her encounter with Trump at Bergdorf Goodman. She said she hasn’t had sex since 1994 or 1995.

‘Looking back on it, it may have been what happened at Bergdorf’s,’ she said.

Carroll is suing Trump for defamation, saying his denials and disparaging comments damaged her reputation.

Her civil claims were recently updated to include rape upon the enactment of a New York State law that temporarily allows sexual assault victims to sue their abusers for crimes that occurred even decades ago.

Under questioning by Trump’s attorney, Alina Habba, Carroll acknowledged she initially didn’t want to tell people she was raped. 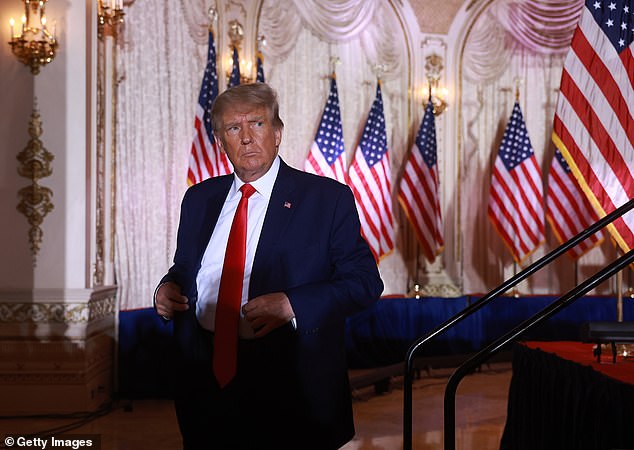 Trump leaves the stage after speaking during an event at his Mar-a-Lago home on November 15, 2022 in Palm Beach

He went on: ‘And you know it’s not true too. You’re a political operative also. You’re a disgrace. But she’s accusing me and so are you of rape, and it never took place.’

In another section of his deposition, Trump said was asked to describe what he meant when he said that Carroll was accusing him of ‘swooning her.’

The former Apprentice host said he used ‘swoon’ because it was a ‘nicer word than the word that begins with an F.’