DONALD Trump has slammed Black Lives Matter demonstrators who attacked senator Rand Paul outside the White House as a "crazed mob of thugs"— and called for their arrest.

It came after Paul's wife Kelley said she was branded a "b***h" and "racist whore" by a crowd who swarmed around them during demonstrations in Washington DC. 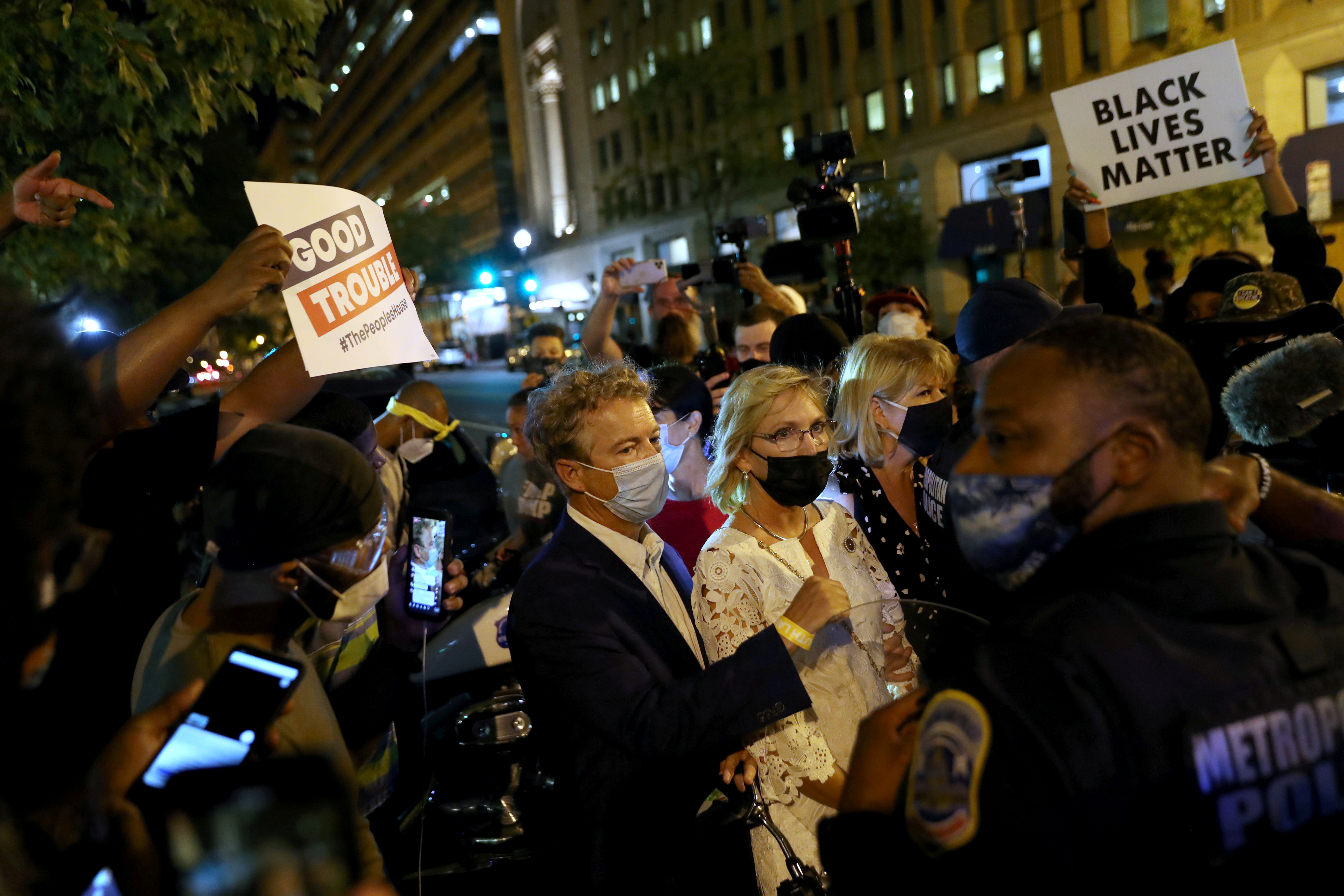 Senator Paul on Friday said he was attacked by an "angry mob" of more than 100 people near the White House and had to be rescued by the police.

Trump voiced his anger at the  on Twitter after previously vowing to give medals to the four cops who shielded the Republican politician and his spouse.

He said: "The thugs who accosted Senator @RandPaul and his wonderful wife, Kelly, together with those who made threats to many other people who had just attended the Republican National Convention at the White House, must be sought out and immediately arrested. Well documented evidence."

In an op-ed for the Washington Examiner, Kelley likened the night to a "dystopian novel", and said the incident was "terrifying". 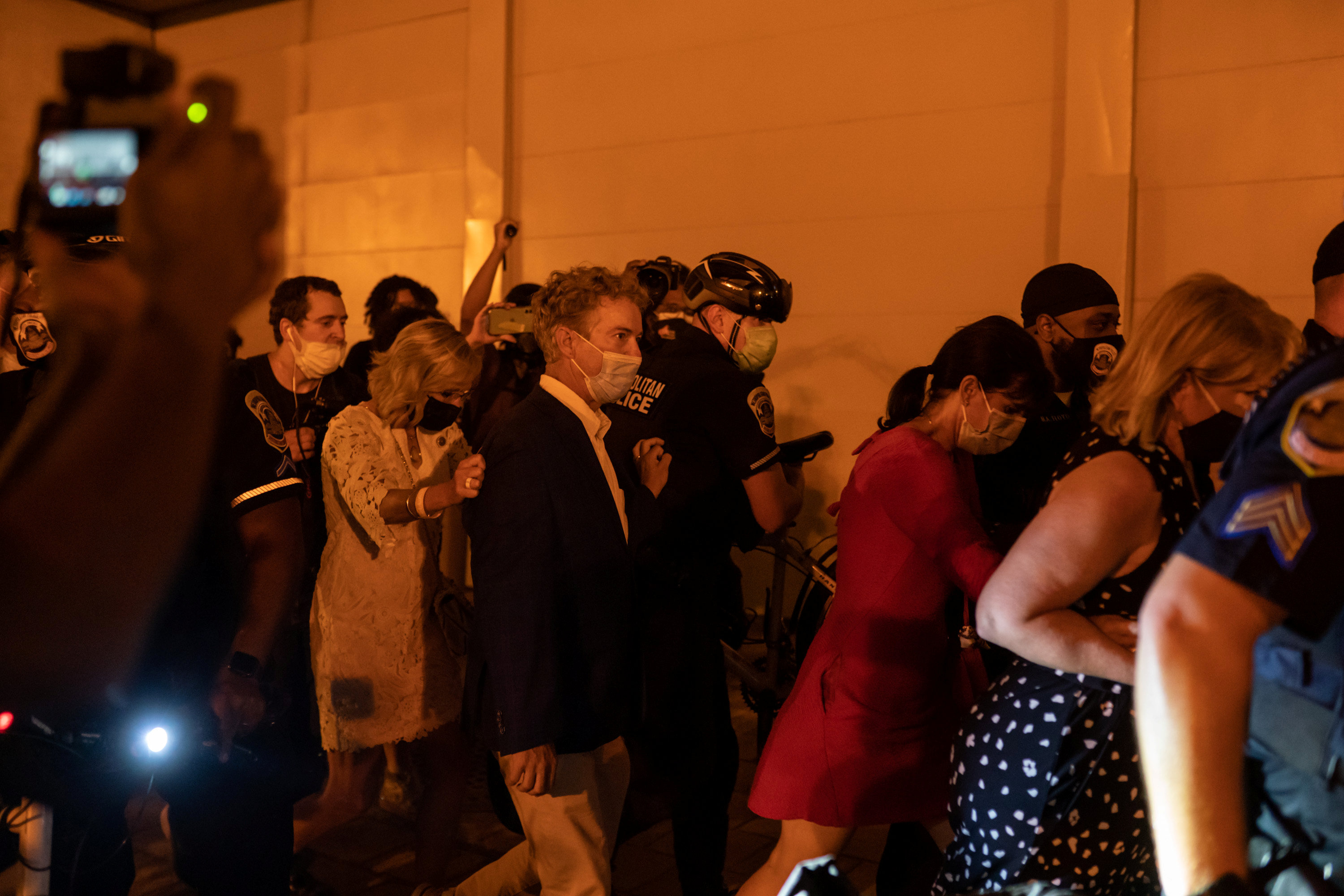 "They called me a 'b***h' and 'racist whore' alongside an endless torrent of f**k yous'," she wrote.

"Mobs are terrifying. They looked at us with no humanity — just a vicious and righteous zeal. After that, I just kept my eyes down and prayed."

Previously, Senator Paul tweeted he and his wife were "attacked by an angry mob" outside the White House and offered his thanks to police for "literally saving our lives".

Paul, who is the US Senator for Kentucky, said that he was charged by a crowd of more than 100 people on Thursday, and has called for an FBI investigation into the incident. 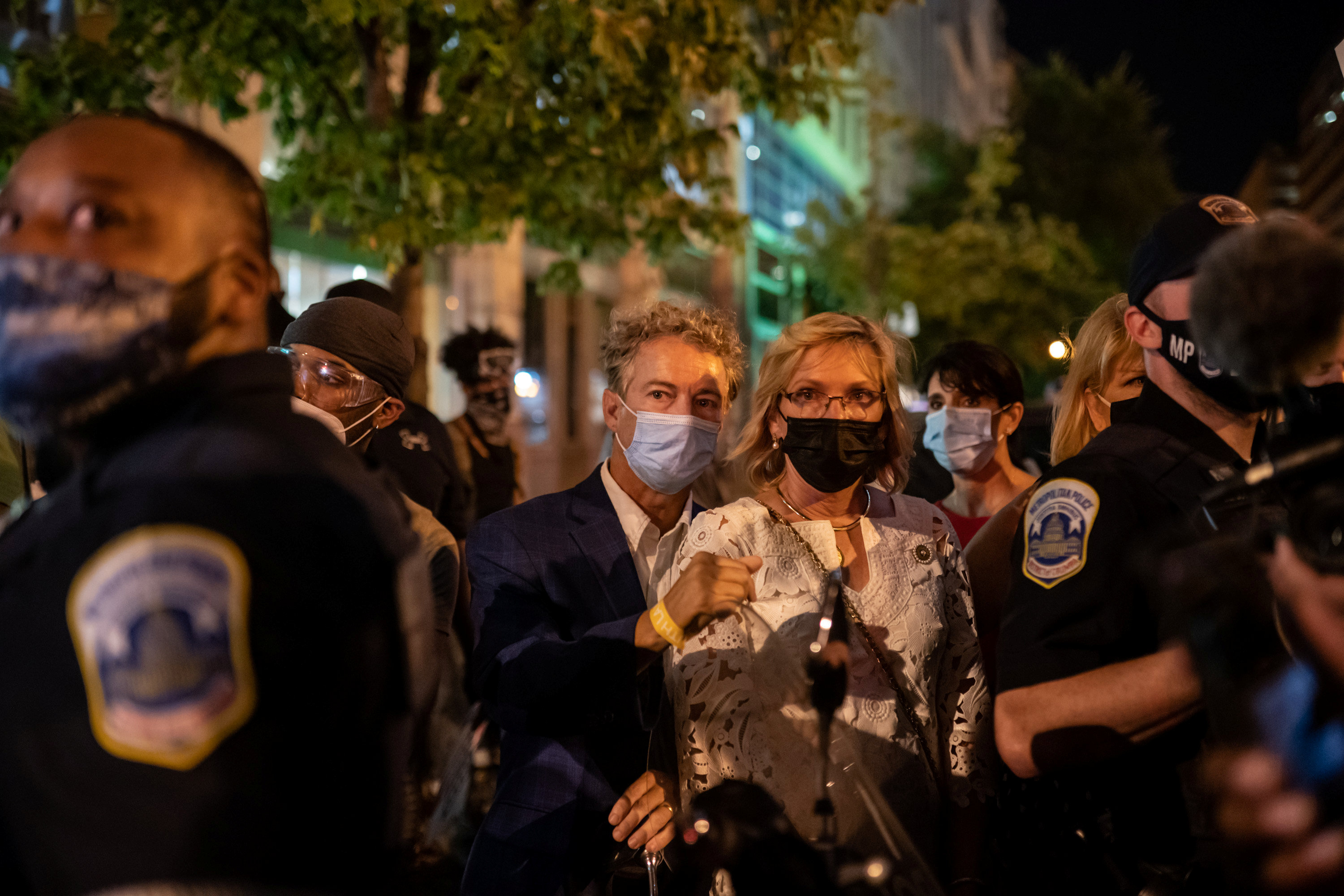 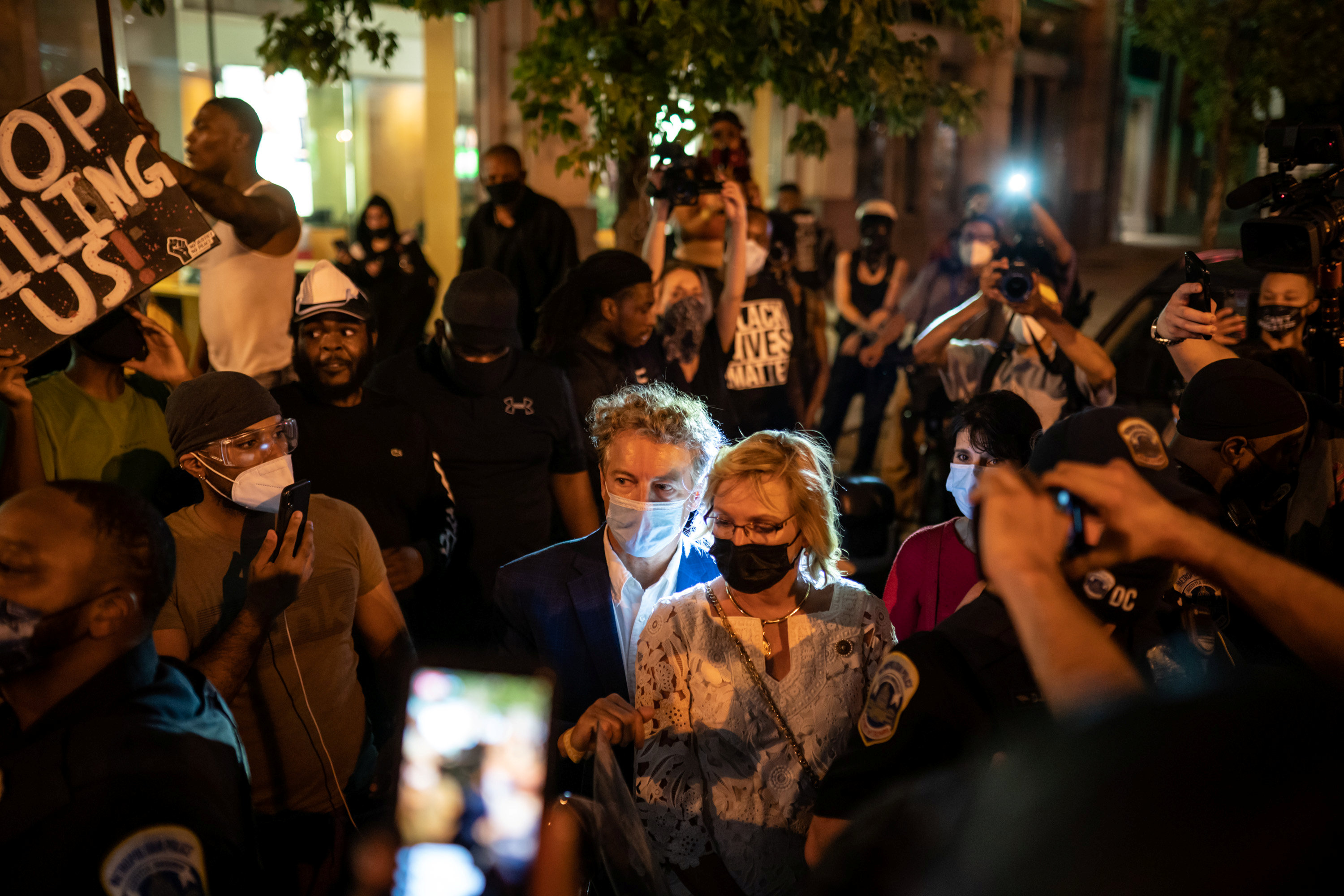 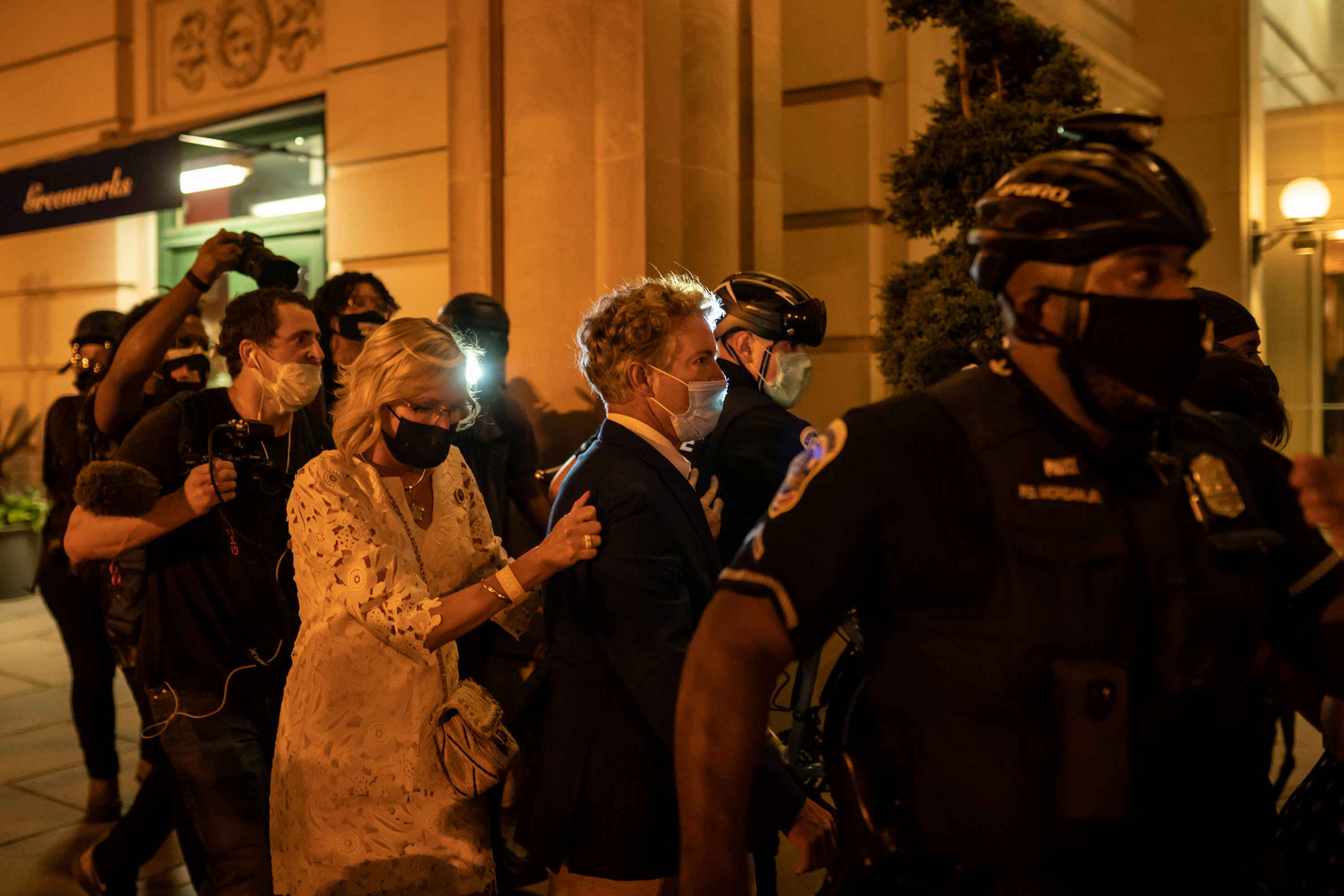 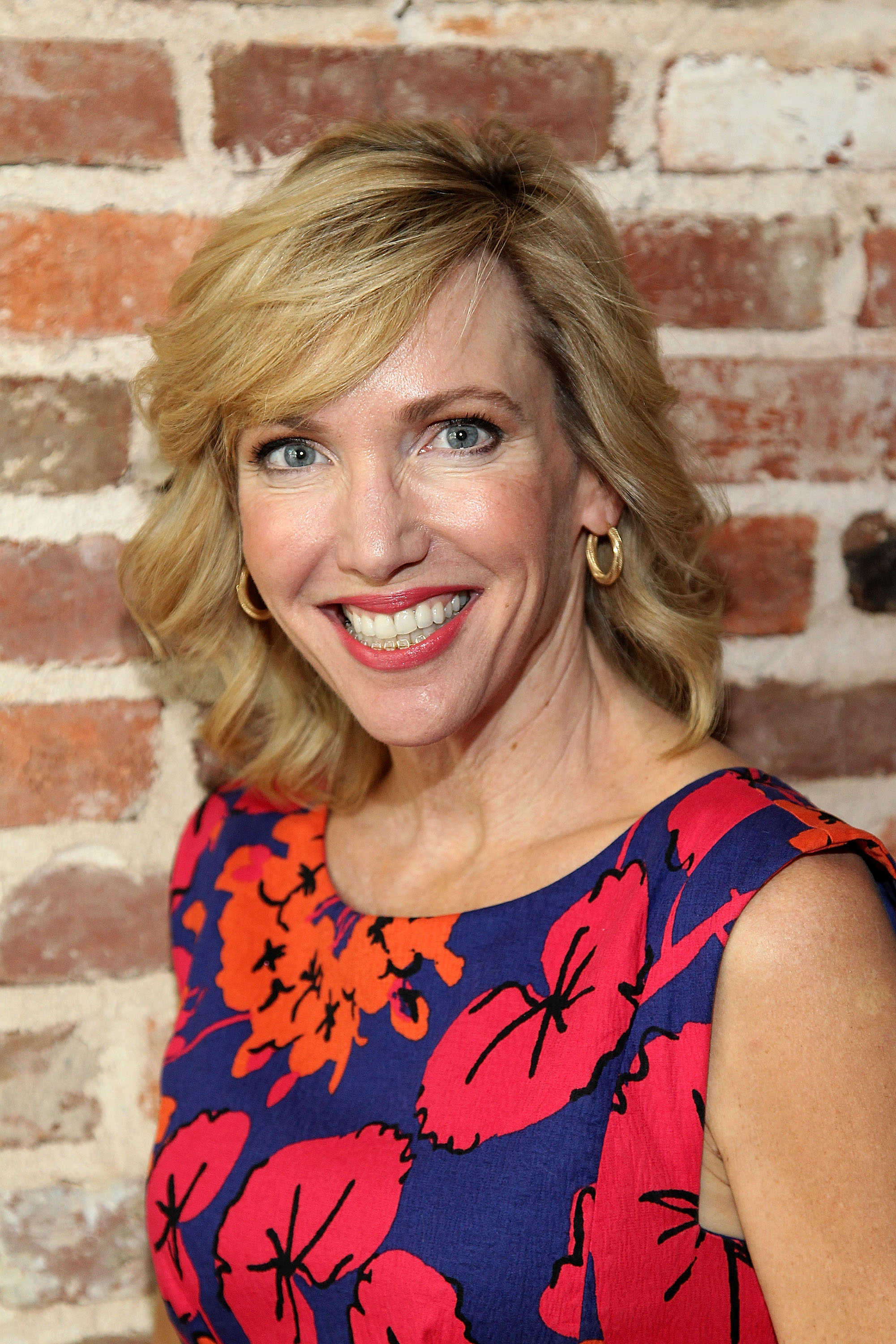 The Republication told Fox & Friends he believes he and his wife would have been killed if it not were police.

"They're attempting to push the police over to get to me, so at one point they push a policeman backwards, he stumbles and he's trying to catch his balance and I catch the back of his flak jacket to stabilize him to make sure he's OK because he's our defense," Paul explained to the news network.

He added: "It was horrific."

"I don't think we would have survived. I whispered to the policeman 'they know who I am, you have to call for reinforcements'."

Paul authored the Justice for Breonna Taylor Act in an attempt to get rid of no-knock raids, after the Black nurse was shot by police while she was in bed in her home.

At the time of introducing the bill, back in June, Paul said: "After talking with Breonna Taylor’s family, I’ve come to the conclusion that it’s long past time to get rid of no-knock warrants. This bill will effectively end no-knock raids in the United States."

Paul said the crowd was chanting "say her name", in reference to Taylor.

"I truly believe this with every fiber of my being, had they gotten at us they would have gotten us to the ground, we might not have been killed, might just have been injured by being kicked in the head, or kicked in the stomach until we were senseless," he explained.

Videos circulating on social media show the couple walking through screaming crowds who were shoving officers trying to protect them. 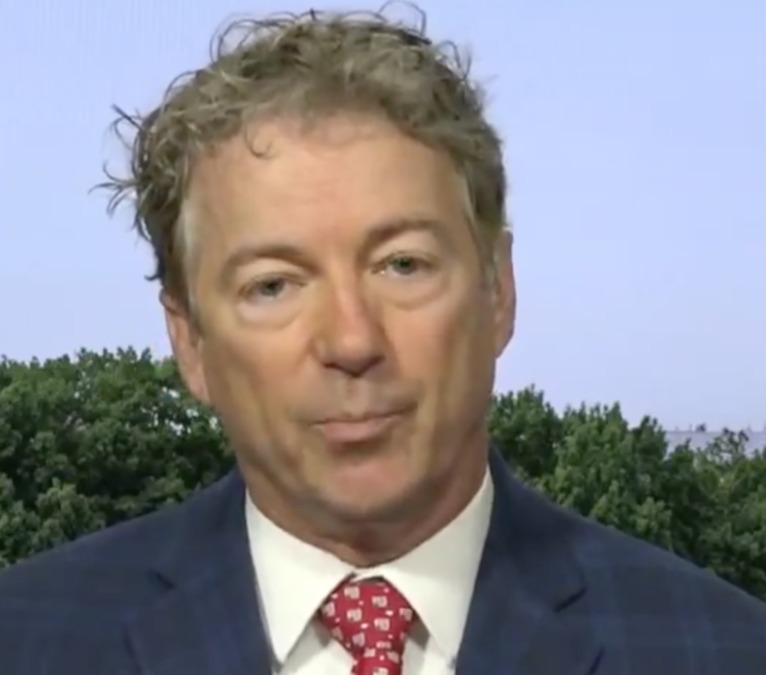 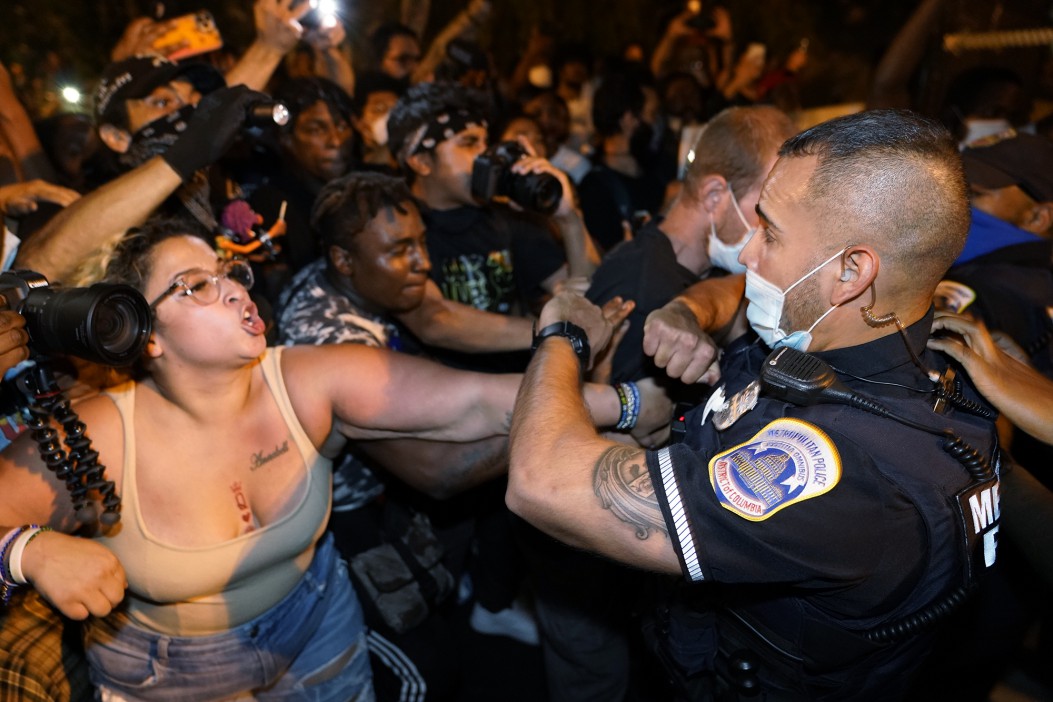 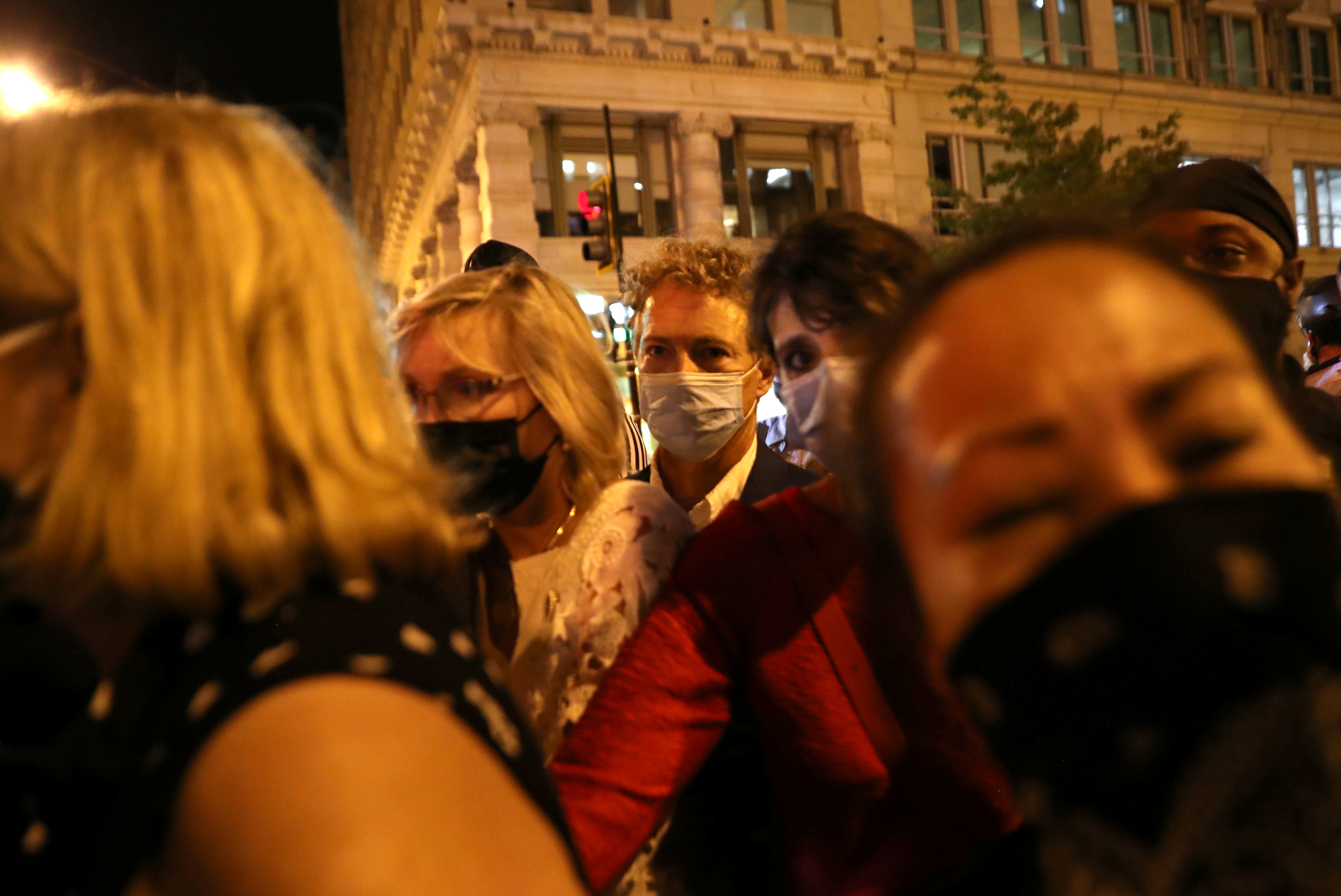 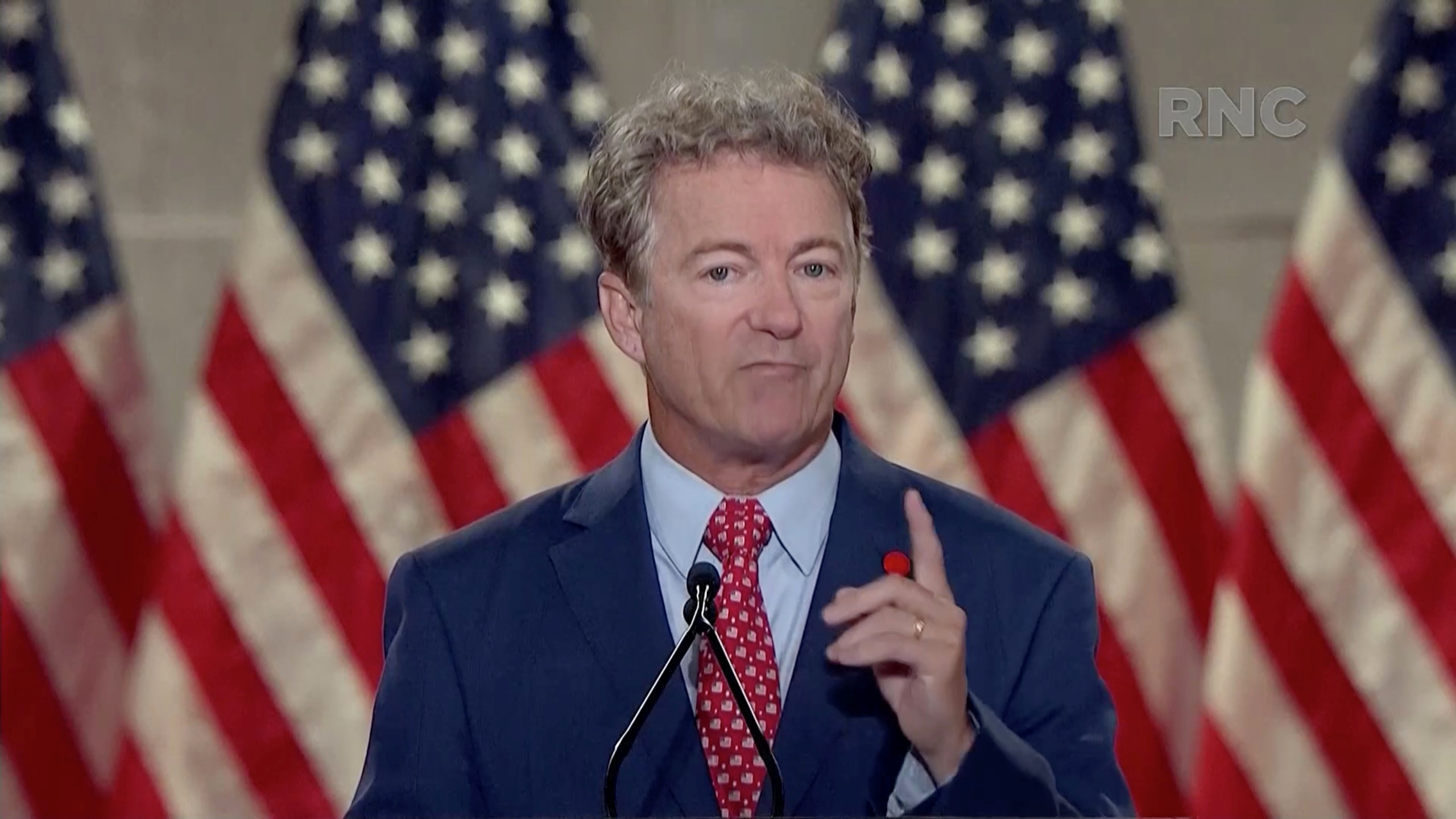 Some cops could be heard ordering the crowd to "back-off" as they escorted the senator and his wife.

It wasn't immediately clear what sparked the incident but Paul was just one of many guests accosted by protesters as they left the RNC.

Kelley added: "When you are surrounded by throngs of people screaming in your face and preventing you from getting away, that is an attack."

Hundreds of anti-Trump protesters had gathered outside the White House as he accepted the Republican Party's nomination for the 2020 presidential election.

Attendees could hear the protesters sounding horns near the White House as he spoke.

Fencing was set up along the perimeter to keep protesters away, but shouts could still be heard from the South Lawn.

There was also what appeared to be a “party” school bus and a character dressed as the infamous Baby Trump holding a cell phone.

Images showed attendees taking photos of a guillotine with an effigy of Trump.