“Of course they had to be locked down with no warning. Otherwise they would all have left, endangering the rest of us.”

Some version of this sentiment was a common riposte to the key finding in my report, released last Thursday, that the immediacy of the lockdown of public housing towers in July violated the residents’ human rights. I have no concerns about anyone disagreeing with my findings; it is an Ombudsman’s job to make reasoned decisions based on evidence, not to be popular (those with a genuine interest in the issues can read my 250-plus page report and make up their own minds about what happened and why). 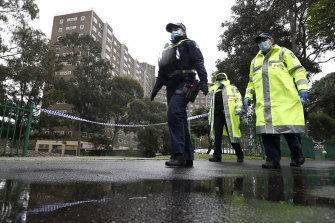 No one has explained why the tower residents were not forewarned of the lockdown.Credit:Getty

But these comments perpetuate the stereotyping of public housing residents in much the same way as did, according to the evidence gathered by my investigation, the government officials who may have been involved in or informing the decision to start the lockdown without forewarning. So let me put forward a few facts from the report that may have been missed, and some further commentary of my own.

One, the risk of people fleeing the towers wasn’t the official reason for the immediate lockdown, as far as we know – noting the government still has not shared the reasons for its decision. We do know it wasn’t based on the advice of the most senior public health official on the day. Even though she was terribly worried about the situation she did not think an additional day to prepare would make a significant difference to controlling the outbreak.

Two, the residents of the towers had no worse record of criminality and non-compliance than the rest of Victoria. The whole of Melbourne went into lockdown not long after the towers, but everyone else had at least a few hours to nip into the supermarket for food, to the chemist for medication, to stock up on essentials like nappies, even while the virus was running rampant. What would have been the reaction of the other five million residents of greater Melbourne if we, too, had been given no warning?

Three, and most significantly, where do these commentators think the 3000 residents of the estates were going to go if they had escaped the towers? 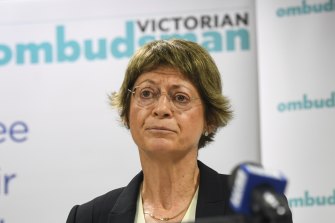 Ombudsman Deborah Glass says suggestions residents would have fled if they had been told of the lockdown perpetuates a baseless stereotype.Credit:Penny Stephens

To check into a hotel? Under a railway bridge in the middle of winter? Doss down with friends with spare bedrooms? It is certainly possible that a few may have left, but that famously was also the case when citizens at the other end of the socioeconomic spectrum fled when the Melbourne lockdown was announced, with several hours’ notice. Why the difference?

The assumption that the residents – many from refugee backgrounds, many with young children, and multigenerational families – would not only choose to evade lockdown, but would actually have somewhere else to go betrays such an ignorance of their situation I feel compelled to refute it.

People in public housing are almost by definition the most disadvantaged in our state. Why do some people so obviously begrudge them the rights the rest of us take for granted? I hope and believe this is a minority view, as its prevalence lessens our claim to be a just society.

Deborah Glass is the Victorian Ombudsman.