GOOD Morning Britain's resident doctor has this morning warned that it's inevitable that the second coronavirus lockdown will be extended in December.

Dr Hilary Jones said the amount of cases of the virus across England has made the pandemic "difficult to control". 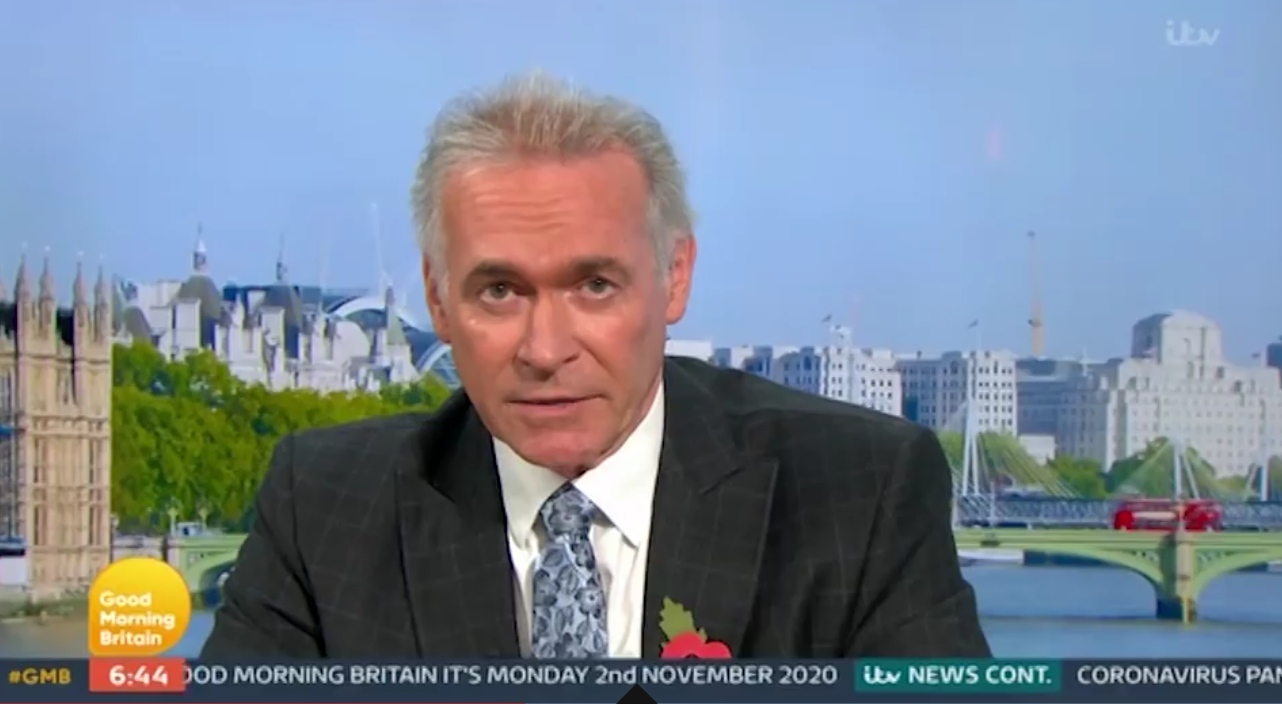 His comments come after Prime Minister Boris Johnson addressed the national on Saturday evening and revealed a second lockdown would be enforced across England.

This afternoon Mr Johnson is set to insist that the lockdown in England will end on December 2 – despite Michael Gove yesterday insisting it would only end if the country's infection measuring R-rate falls below one.

Gove's comments sparked furious backlash from Tory MPs, who fear the second national lockdown will not only ruin Christmas for millions of families but will also cripple our already struggling economy.

Today the PM will use a statement to the Commons to say the Government will "seek to ease" restrictions and return to the tiered system on December 2 but add that there was "no alternative" to the national lockdown he'd previously repeatedly ruled out.

It comes as some experts have cast doubt on the validity of the predicted death toll of 80,000 that spurred the lockdown, saying it was four times too high.

It’s likely, I think, to be extended. Nobody can promise when it will end, because we just don’t know how the virus is going to behave

Referencing the data, Dr Hilary said the figures had "alarmed scientists", who had in turn, once again pushed for a national lockdown.

He said: "Once the cat is out of the bag and you have got so many cases in the public, it’s very difficult to get that under control and recover from that.

"We can recover from that, but a lockdown is needed.

He added that it was likely that the second wave could be "much worse" than the statistics had first suggested.

Dr Hilary said the stats are worrying and said many people have questioned the data.

He added: "What you can't argue with is the number of hospitalisations which are escalating rapidly and the accelerating increase in the number of cases.

"These have alarmed the scientists so they have said we need a lockdown and we need it now."

Dr Hilary referenced figures from the Office for National Statistics (ONS), that on Friday stated that cases of the virus had increased more that 50 per cent in just a week.

A Downing Street press conference led by Boris Johnson on Saturday included data suggesting that England could be seeing up to 4,000 deaths each day by early December.

However, the projections were based on research conducted three weeks ago by Cambridge University, the Telegraph reports.

But experts have questioned why the work is still being used to make decisions when the university has published more recent research, whose estimated death tolls are considerably lower.

They also point out that the original research suggested the daily death toll would by now be around 1,000 day.

The average daily death toll in England over the last week was 260 – roughly four times lower.

The new lockdown restrictions will mean that pubs, bars, restaurants and all non-essential shops will be closed once more.

Under the new rules, schools will remain open, but people who can work from home have been told they should go back to doing so.

Yesterday cases of the virus rose by 23,254 – the highest daily spike ever recorded on a Sunday.

Another 162 deaths were confirmed, bringing the total number of Covid fatalities in Britain to 46,717.

It means 1,034,914 have now tested positive for coronavirus in the UK – after the figure passed a grim milestone of 1million on Saturday.