DRAMATIC video shows the moment a 14-year-old girl fought off three armed robbers with a MACHETE.

The bandits were sent scurrying for their lives after a botched raid on the shop where the girl works in Bogota, Colombia. 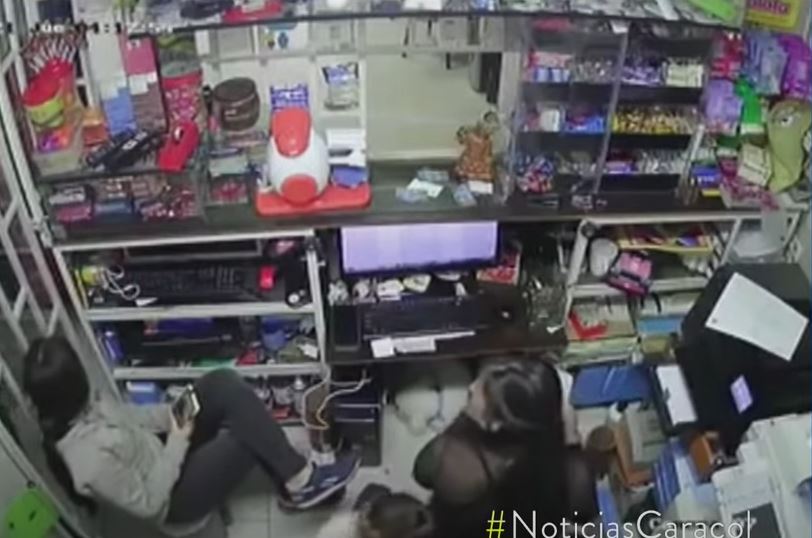 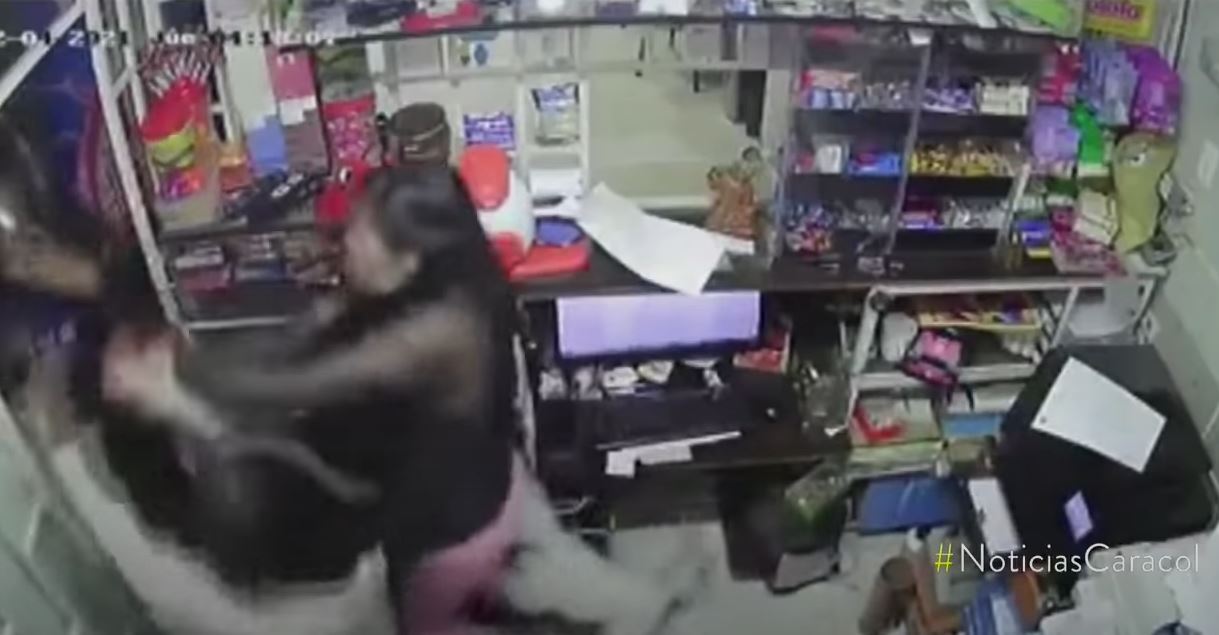 The girl and her mother were behind the counter with a toddler when the three robbers burst in wearing motorcycle helmets.

One tried to close the metal shutters to lock them inside, and another opened the latch to the kiosk where the mother was counting cash.

CCTV footage shows the girl grabbing a huge blade and which she swings at the intruders while her mother pushes them back.

She skilfully waves the machete several more times as she chases the raiders out of the shop.

According to reports, the robbers shot the mother outside in the street then fled on motorbikes.

She was not seriously hurt in the February 4 attack and is said to be recovering well. 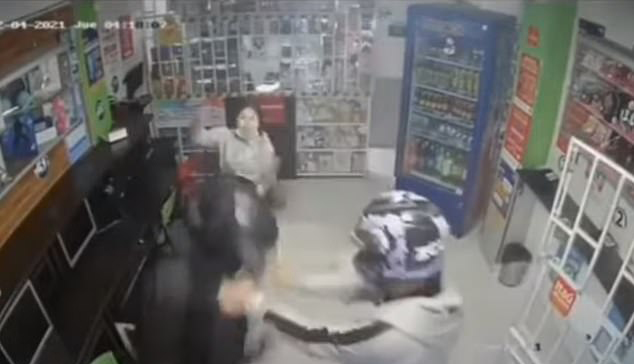 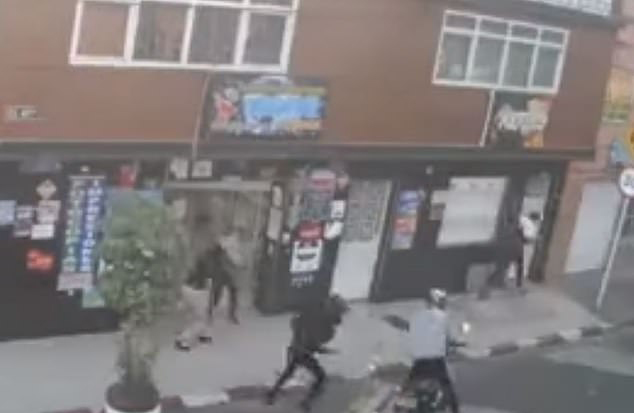 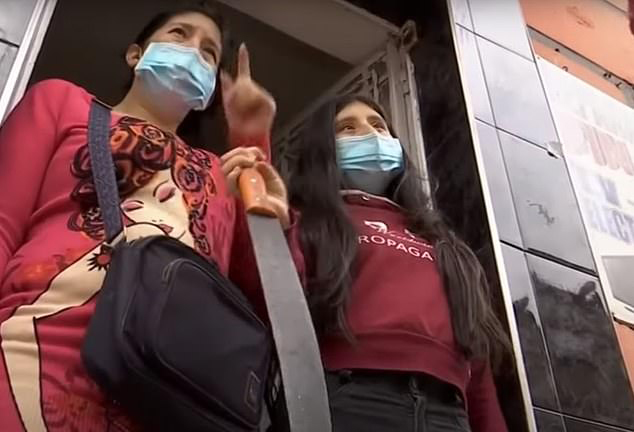 The teenager told a local TV channel she was ready to defend her family after previous hold-ups.

She said: “It wasn’t the first, nor the second time that this happened, so I already had it in mind that if something happened, I’d get the machete and get them.”

Police warned people not to try to fight back against robbers in case it provoked further violence.

In 2018, a brave eight-year-old girl tackled gun-wielding thugs after they mugged her dad in the Philippines.

And video from Turkey shows a 12-year-old boy using karate moves to disarm a robber holding up a jewellers.