Speeding through treacherous waters, this is the dramatic moment a team of heroic lifeboat volunteers charged into action to save two men after their plane crashed into the sea.

Now, footage of the rescue has been released showing the moment the crew managed to find the pair, as they huddled for warmth in their orange life raft.

The video opens with one lifeboat RIB racing through the choppy seas, with water splashing up and soaking the two rescue workers. 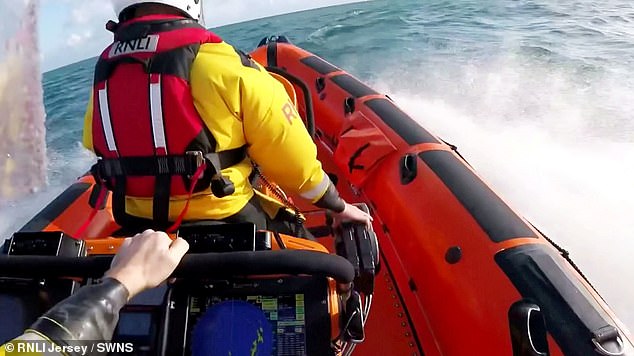 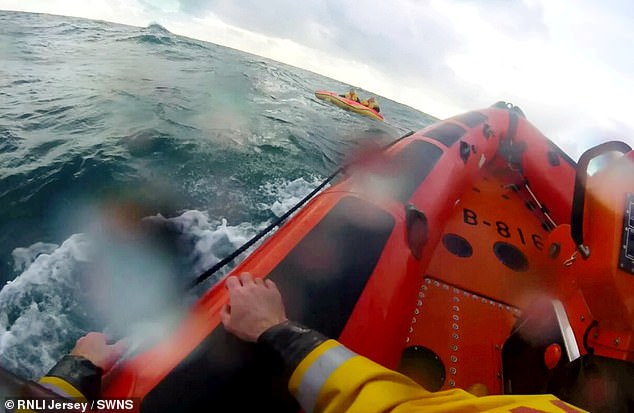 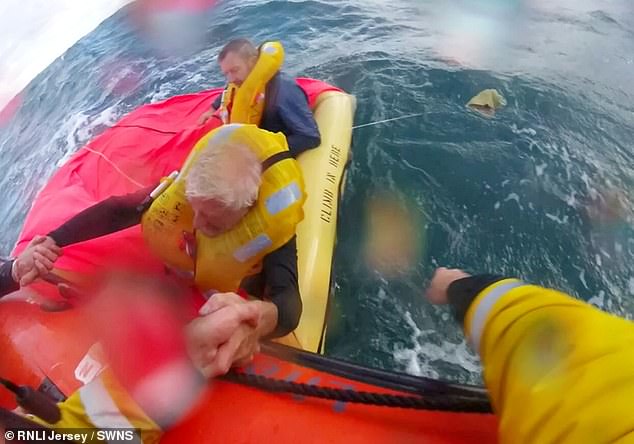 Rescue teams had been mobilised after the single-engine plane lost power and was forced to ditch into the sea.

Duncan and Paul had managed to put their life jackets on and clamber into the safety raft moments before their plane sunk under the waves.

Both of the men were spotted by eagle-eyed RNLI volunteers, who can then be seen approaching the ‘calm’ duo as they bobbed in the Channel.

A series of stills captures the moment the pair were then pulled out of their raft and into the safety of the RNLI craft before heading back to dry land.

And, in another stunning moment, a dolphin was filmed jumping out of the water at the end of the operation – surrounded by three rescue craft, who had battled force seven winds and three-metre high waves to find the downed pilots.

An RNLI spokesperson said: ‘See what it was like onboard the RNLI Jersey inshore lifeboats when they launched to help the two people who had to ditch their plane in the sea off the south-east coast of Jersey. 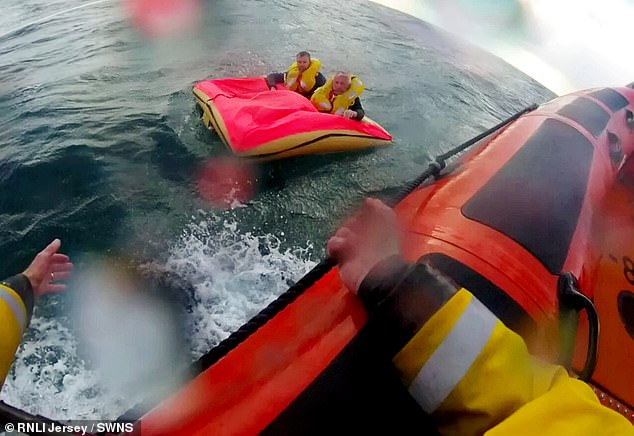 The pair had been travelling in a Piper PA-32 Cherokee Six single-engine plane when the aircraft lost power and plummeted into the sea. Pictured is the moment an RNLI lifeboat volunteer reaches the stranded duo 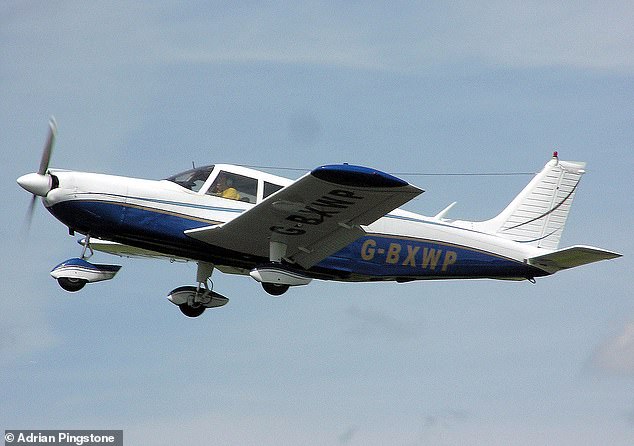 An investigation has now been launched into what caused the crash of the Piper on Thursday. Pictured is a stock image

‘Make sure you don’t blink or you might miss the dolphin that made an appearance just after the casualties had boarded.

‘Their actions and use of their safety equipment greatly improved their chances of survival allowing our crews to locate them quickly in the challenging conditions.’

The drama all unfolded on Thursday when Afghanistan veteran Duncan and Paul were forced to make an emergency landing in the sea.

The pair floated on a dingy for about an hour before the RNLI and Coastguard crews managed to find them.

Duncan and Paul were carrying an emergency beacon device which beamed their location to rescue crews.

Once rescued, the duo were taken to St Helier cold but unhurt.

Speaking to ITV News after being saved, a relieved Duncan said: ‘I feel delighted to be back of course.

‘There was a great sense of relief and the RNLI did a fantastic professional job in picking us up very, very quickly.’

He said it the hour they were left stranded on the dingy at sea ‘felt like a long time’ and added he was ‘indebted’ to the RNLI team that plucked him and his pal from the water.

Mr Clifford, added: ‘It was a little bit worrying, but we were alright. We knew that people would come and get us, we were fine.’ 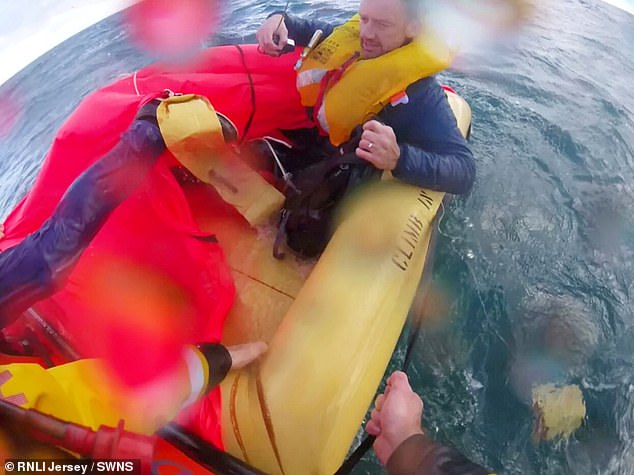 Both of the men were found with the use of a personal locator beacon which helped rescue teams to find them at sea. Pictured is the moment an RNLI team reaches the life raft 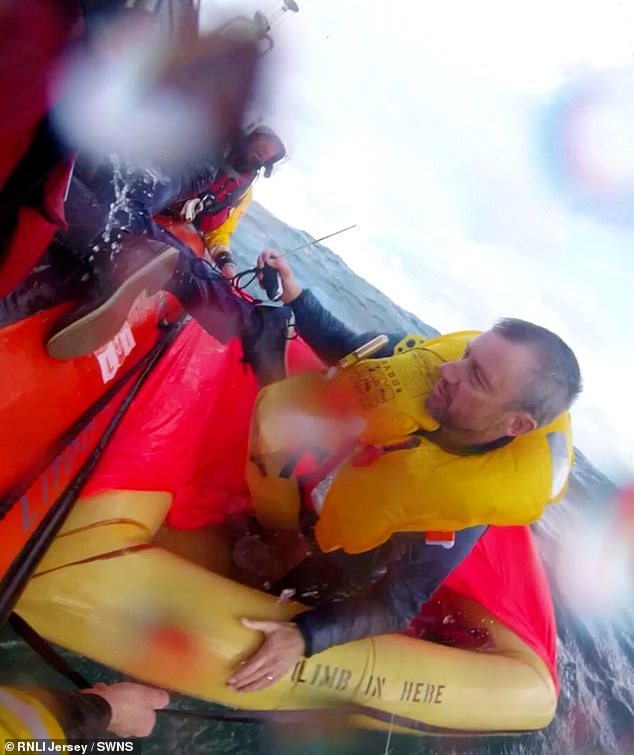 Former RAF Tornado pilot Duncan Laisney, pictured, said he was relieved to be rescued by the emergency crews

In a statement, Jersey Coastguard added: ‘Thanks to the fast response by the crews of all the assets, the use of drift modelling software and the homing signal from the personal locator beacon, the life raft was located very quickly.

‘Both of the casualties were returned safe and well to St Helier on board the St Helier all weather lifeboat.

‘Jersey Coastguard would like to offer our sincere thanks to all of the crews who braved gale force conditions to assist the airmen today.

An investigation is due to take place to find out what caused the plane to lose power and crash.