A driver got a £70 fine for stopping on a red route when she was pausing to reverse into her own drive.

The mother, known only as Stephanie, decided to reverse into her driveway because it is safer to drive straight out onto the busy Norcot Road in Reading rather than exit backwards.

But she has since been sent a £70 penalty charge notice from Reading Borough Council because a camera caught her waiting on a so-called ‘red route’, where no stopping is allowed. 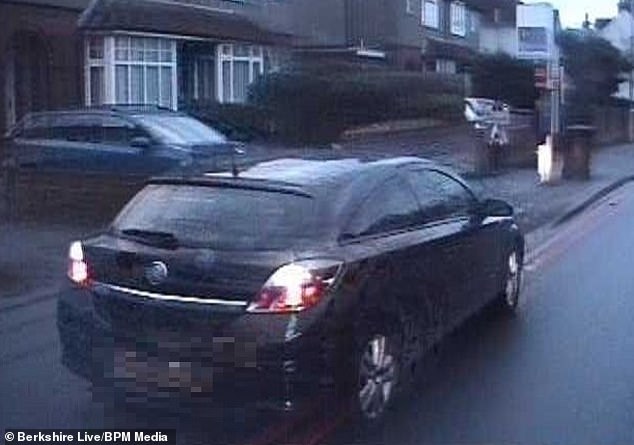 The mother, known only as Stephanie, decided to reverse into her driveway because it is safer to drive straight out onto the busy Norcot Road in Reading rather than exit backwards. Pictured is a still from video supplied as evidence for her infraction

Several roads across Berkshire have been painted with double red lines to indicate where drivers are banned from stopping in order to ease congestion.

In November 2019, the red route outside Stephanie’s home was made permanent- meaning drivers caught stopping on the route can receive a £70 fine, reduced to £35 if paid within two weeks.

What are the rules on red routes?

Where double red lines are marked to represent Red Routes, vehicles cannot stop at any time – Monday to Sunday – including for short periods of loading or unloading.

Any vehicle that stops on the route is liable for a £70 fine, enforced by CCTV cameras, which is reduced to £35 if paid within 14 days.

Motorists are also able to appeal their fines if they believe they were issued wrongly. There is no specific list of possible dispensations as they are considered on a case-by-case basis.

There are a number of exceptions to the rule, including buses, postal services, refuse vehicles and emergency services.

But Stephanie, 51, said the rules were ‘ridiculous’ if they mean people cannot reverse into their own drives.

‘This is just ridiculous,’ she said. ‘It means that you cannot reverse onto your own driveway – which is a much safer option than reversing into a busy road.

‘There’s a website called “Ask the Police” where it says while it’s not illegal to reverse into a busy highway that it’s considered safer to reverse into your driveway so you can drive straight out.

‘To me it’s just common sense to reverse in. I’ve been fined for trying to do the right thing.

‘There’s an old people’s home opposite where I live near to at least two primary schools, and it’s safer for everyone to reverse in so I can drive straight out.

‘To me this is a national issue because this red route scheme is already being used in towns and cities across the UK.’

She has since appealed to the council – but she says she has not heard anything back and now wants to warn other drivers that they might be fined for trying to drive safely. 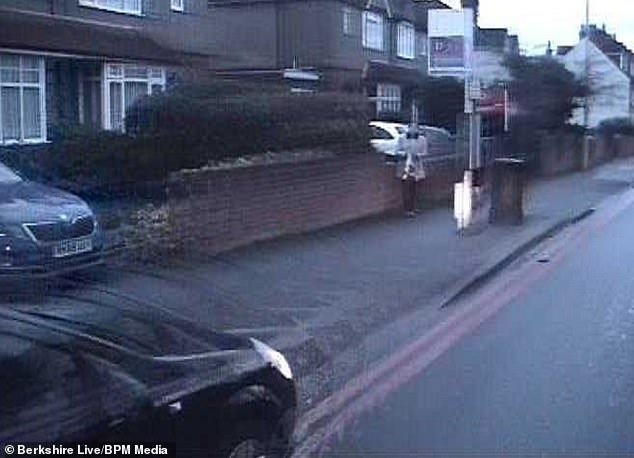 Stephanie’s car is seen here reversing into her drive behind on January 13. She received a fine in the post 7 days later

Stephanie said: ‘I have asked the council if that means people can’t reverse into their driveways – which will mean they will be reversing into Norcot Road instead – but I haven’t yet heard anything back.

‘A number of other people in my street reverse onto their drives so I also just want to warn them that they might be fined for doing that.

‘When I got the fine I was very frustrated and angry about it. It’s ridiculous. I just think this red route thing is a money making exercise.

‘There are over 50 roads in Reading which red routes have been implemented on. I doubt this is the first time this has happened and that it will be the last.’

A Reading Borough Council spokesman said: ‘A red route is a “no stopping” restriction introduced to keep key public transport routes clear to prevent delays for bus passengers and to remove obstacles and hazards for cyclists and pedestrians.

‘Any driver issued with a Penalty Charge Notice (PCN) who does not believe they should have received the fine can challenge it by following the procedures detailed on the PCN and explained on the council website.’