Reckless driver, 18, is banned from driving after flying ‘Dukes of Hazzard style’ through the air when he hit a roundabout just three months after he had passed his test

A reckless van drvier has been banned from the road after astonishing footage showed him slamming into the centre of a roundabout and flying through the air.

Ryan Lamb, 18, failed to slow down on his way to a music festival in Norfolk last September and vaulted the roundabout on the A11.

Footage of the crash has been compared to scenes from the 1980s TV show Dukes of Hazzard. 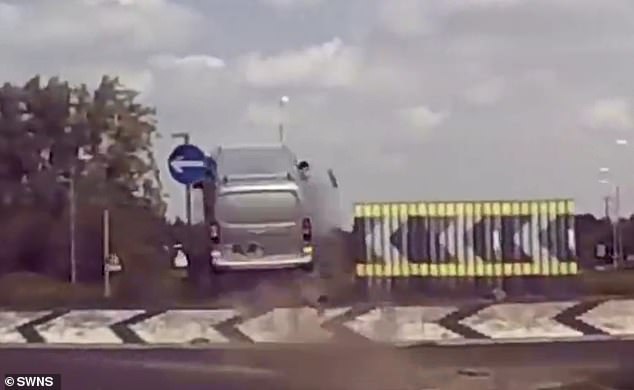 He was yesterday disqualified from driving or obtaining a license for 12 months, was ordered to do an extended retest, pay £310 to the CPS cost, complete 80 hours’ unpaid work and pay £85 victim surcharge.

The court heard Lamb was heading to Sundown music festival at the Norfolk Showground when he crashed his van on the ‘Stag’ roundabout on the A11 at Attleborough September 1.

The footage showed a silver Citroen Berlingo van pulling out in front of a motorbike as it hurtles along the dual carriageway.

Lamb, who was 17 at the time of the accident, apparently failed to see the roundabout, despite lines painted on the road warning of a stop, and his van was launched into the air.

Sentencing him, chairman of the bench Jim Agnew said: ‘Your driving fell far below the expected standard of competent and careful driving.’

The court heard, Lamb was travelling with two passengers in the car at the time and suffered only cuts and bruises. 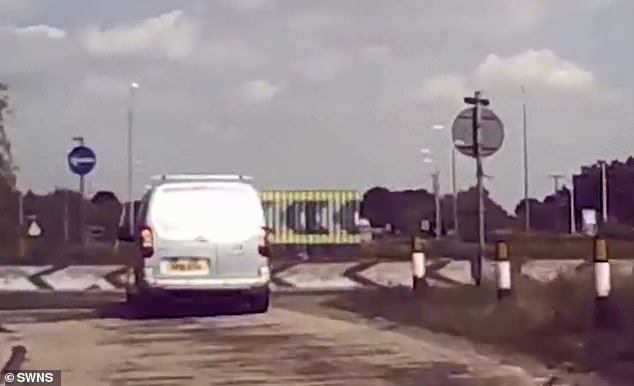 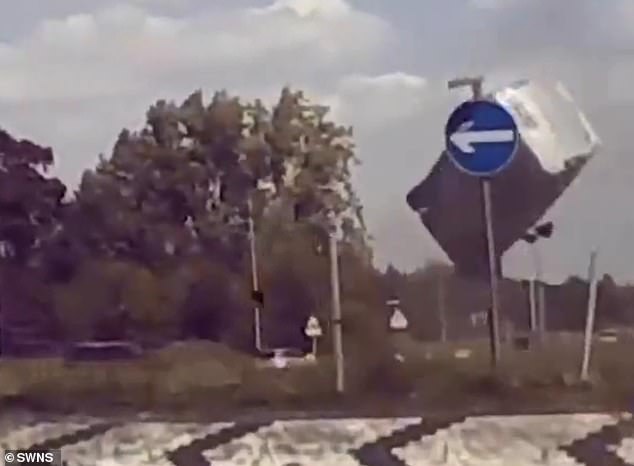 Lamb, who is unemployed, had only been driving for three months at the time of the crash.

Speaking previously, Motorcyclist Andy Daynes, 35, who caught the footage on his helmet cam while driving behind the van, said he was ‘shocked’ when he witnessed the crash.

Andy, of Hingham, Norwich, said: ‘I was actually on my motorbike behind him so I saw it all. I pulled over along with some other drivers to see if he was OK.

‘It is quite a bad roundabout, he just didn’t see what was coming because he was going so fast.

‘The driver had a few cuts and bruises but the ambulance came straight away and took him to hospital. He just didn’t see the roundabout coming.’ 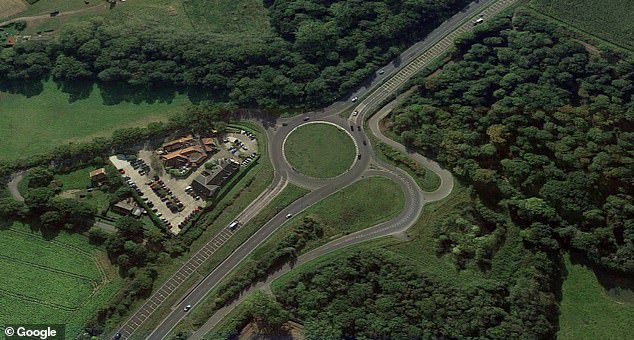 The incident happened at this roundabout on the A11 near Attenborough, Norfolk