Homelessness, which fell last year on the back of raised welfare payments, is now more prevalent than it was before the pandemic.

An analysis of federal data by Homelessness Australia, to be released on Tuesday, reveals that in May last year, the first full month after the JobSeeker payment doubled, the number of Australians requiring homelessness support dropped about 5 per cent, from 91,672 to 87,301. 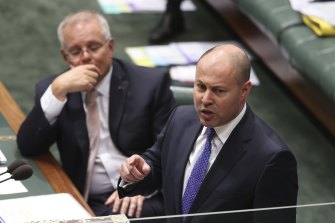 The Morrison government failed to build on a proven tool against homelessness, according to Homelessness Australia.Credit:Alex Ellinghausen

JobSeeker was cut back in September last year, and by May this year 93,726 people were claiming homelessness support, a 7 per cent increase on the number before the pandemic.

“The sector has been saying for years now that increasing income support would reduce homelessness, and now we have the evidence that proves it,” said Jenny Smith, the chair of Homelessness Australia, who described the JobSeeker boost as a “social experiment of sorts”.

“The federal government knows what it needs to do. If it raises the rate of JobSeeker for good, then far fewer people would find themselves without a home.”

The Morrison government gradually reduced the payment from September last year before arriving at the current amount of about $44 a day or $616 a fortnight – a slight increase on the pre-pandemic payment of about $566 a fortnight.

Ms Smith said the federal government missed the opportunity to build on last year’s gains and lifting the payment to $69 a day or $966 a fortnight would be an investment in economic participation, giving homeless people the chance to enter the private rental market, buy food and keep children in education.

“There’s still an opportunity for that to happen because we will probably need more economic stimulus coming out of the pandemic,” she said.

A survey of 100 users of Uniting’s services, conducted with Swinburne University’s Centre for Social Impact, found 44 per cent struggled to pay their rent or mortgage when the payments reduced, while a third of parents found it more difficult to care for their children properly.

Ms Pike said more money was not the sole solution and supports such as tailored employment and individual case managements were essential. However, sufficient funds undoubtedly opened up more options.

“If you don’t have adequate income support, people can’t even get on the pathway out of poverty,” she said.

“It’s the simple things. If you can’t pay your mobile phone bill, you can’t answer the phone to get a job. If your rent and electricity bills are due that day, you may not be able to afford a train ticket.”

A spokeswoman for federal Families and Social Services Minister Anne Ruston said increasing JobSeeker to its peak of $1100 last year would cost an additional $81 billion over the next four years.

She said increasing the JobSeeker payment by $50 from its pre-pandemic amount was the largest increase in more than 30 years and $9 billion would be spent on housing and homelessness in the next financial year, including $5.3 billion on Commonwealth rent assistance.

“Our focus now is reopening the economy and supporting Australians into work because we know that for every person we get in a job, they are better off and the country is better off,” the spokeswoman said.