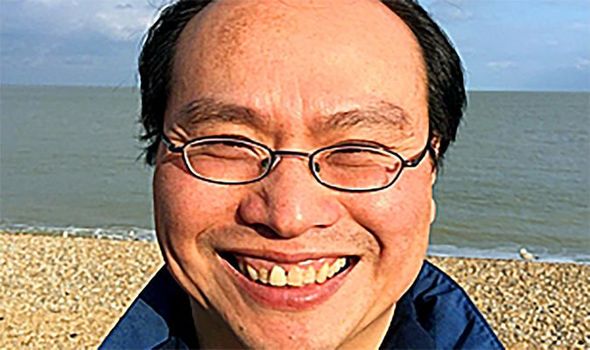 Phillipe Drigo had been taking cannabis when he agreed to move UK cancer consultant William Choi to an advanced level group in the French Alps.

But an inquest heard, when the group ventured off piste, the father-of-two suddenly hit an outcrop, lost his skis and plummeted down a steep slope.

Horrified onlookers saw his helmet come off when his head hit a “banana shaped” rock.

They rushed to help Mr Choi, 48, who was the lead urology surgeon for renal cancer in the East Kent Hospitals Trust.

But the surgeon died shorty after the fall from traumatic neck and spinal injuries.

Drigo denied taking drugs when questioned by police, but was later found to be under the influence of cannabis and was convicted of involuntary manslaughter.

The inquest in Maidstone also heard one couple had quit Drigo’s group as they felt the Losset corridor slope where he took them to ski was “too dangerous”.

She agreed with the French courts that Mr Choi’s death was caused by gross negligence and concluded: “I am satisfied it would not be sufficient to say that it was simply an accident.”

Mr Choi was on holiday with his sons Alex and Xavier, his partner Abbey and her daughter Phoebe. After his tragic death in 2016, Abbey described him as “a lovely man who would help anyone”.