A violent thug who battered his girlfriend after bombarding her with a foul-mouthed tirade of abuse told a court he blamed his swearing on Ricky Gervais.

Jonathan Pettigan, 46, said he had been watching After Life on Netflix prior to launching the assault on his girlfriend on March 3 this year.

He claimed his upbringing had taught him not to use bad language and watching the award-winning series was to blame for obscene terms he used during the attack.

Magistrates heard Pettigan carried out the beating after drinking six cans of Carling and having a pint in a pub in Droitwich, Worcester. 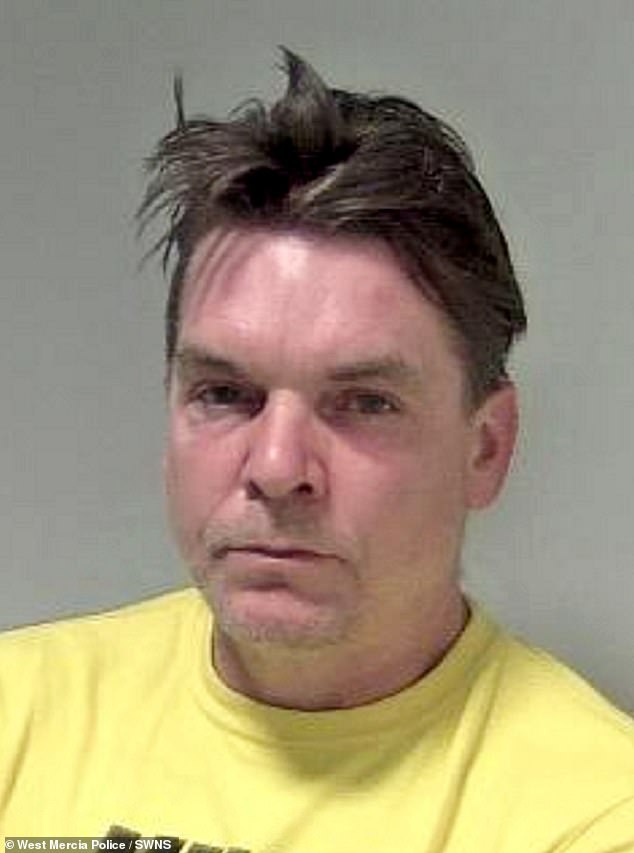 Jonathan Pettigan, 46, smashed his partner’s head off a windowsill in a bloody attack then blamed his bad language on watching comedian Ricky Gervais

He smashed his girlfriend’s head off a windowsill leaving her covered in blood from a head wound, which later needed gluing in hospital.

In a 999 call recording played to the court the victim could be heard shouting ‘get off me!’ and ”get out!’ a number of times.

Pettigan, a renderer, could also be heard calling her obscene names, which he said while giving evidence was due to watching comedian Gervais in After Life.

Pettigan replied: ‘It’s not his fault, it’s just why it was on my mind.’

During the trial, the woman gave evidence against Pettigan from behind a screen, breaking down in tears as she recounted the ordeal

She said: ‘He threw me back with such force that I went flying back and hit my head off the windowsill.

‘I put my hands on my head and they were covered in blood.

‘It was the worst headache I have ever had. I asked him to leave but he was just stomping around the house.’

Police found her lying on the floor of her home with a bandage around her head and her hair matted with blood. 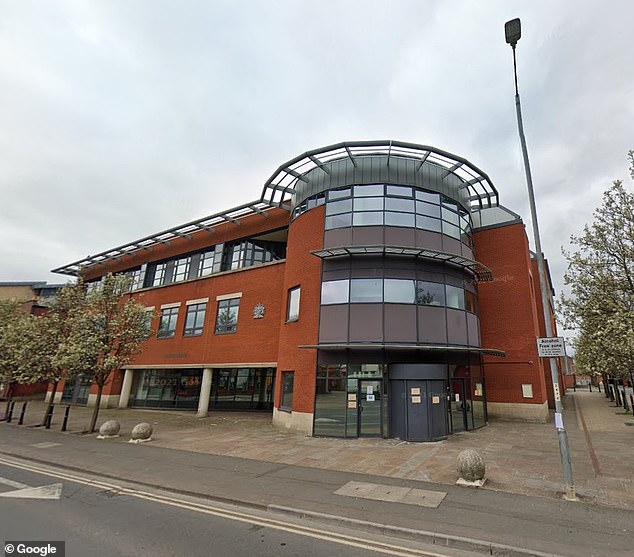 She was later taken to Redditch’s Alexandra Hospital for a CT scan over fears she may have suffered a fractured skull.

He claimed he was acting in self-defence and she was ‘fabricating’ the attack but his version of events was rejected by magistrates.

Pettigan had already admitted another ABH against the same victim, committed while on bail for the first attack.

During the second assault, he had struck her twice to the face and pinned her down with his left hand across her throat.

Mr Talbot-Webb added: ‘He also bit her finger. She ran to neighbours visibly upset and bleeding from her nose.’

Due to the seriousness of the crime, Pettigan was remanded in custody and will  appear at Worcester Crown Court on May 27 for sentencing.