Duke of Rutland backs Harvey Proctor’s £1million compensation claim against fantasist ‘Nick’ and says former MP would still be in his £40,500-per year private secretary job if not for the sex smears

An aristocrat has backed Harvey Proctor’s £1million compensation claim against police by confirming the former MP lost his job and home because of the bungled VIP child abuse inquiry.

The Duke of Rutland, 60, stated that Mr Proctor would have been fired from his £40,500-a-year position as his private secretary if he had not quit after a police raid on his grace and favour house. 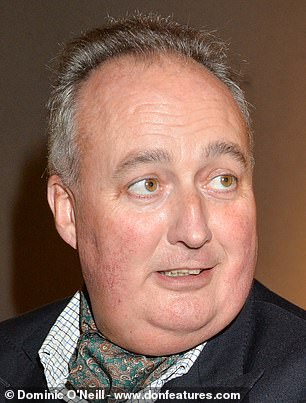 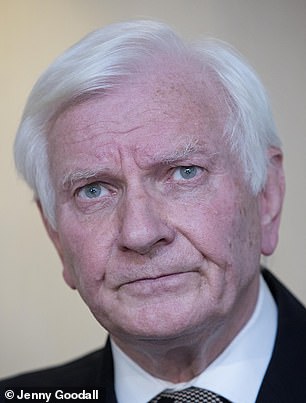 The ex-Tory MP lived on the duke’s Belvoir Castle estate in Leicestershire until the Operation Midland raid in 2015.

The duke wrote: ‘Mr Proctor had worked for me for over 12 years and he would have been welcome to continue to work for me for many years into the future had Operation Midland not taken place.

‘There were no other reasons why Mr Proctor’s employment with the Belvoir Estate came to an end.’

The police action took place after fantasist Carl Beech, 51, then known as ‘Nick’, made a series of outrageous allegations against Mr Proctor and other VIPs, including former prime minister Ted Heath, ex-home secretary Leon Brittan and war hero Lord Bramall.

In his unprecedented £1million claim for damages, Mr Proctor, 72, accuses detectives of a ‘reckless disregard for lawfulness’ and ‘gross negligence’.

His ‘particulars of claim’ were submitted this year before Beech was convicted of perverting the course of justice and fraud and jailed for 18 years last month.

The intervention by the duke, David Manners, is likely to strengthen Mr Proctor’s chances of success against the Met, which is fighting his legal claim. A hearing is due to take place in November.

‘As a result of the searches of Mr Proctor’s office in my home at Belvoir Castle and his home on the Belvoir Estate…and the publication of information that he was suspected of serious criminal offences which the Metropolitan Police Service Commissioner considered to be ‘credible and true’, we had no alternative but to ask Mr Proctor to resign his employment. Had he not resigned we would have terminated his employment.’

Mr Proctor’s role involved deputising for the duke in meetings, including hosting members of the Royal Family, dealing with private correspondence and being on call 24 hours a day.

In his legal action, he alleges the Met ‘conspired’ with Beech and reporters from a controversial news website to ‘injure’ him.

Mr Proctor, who blames the inquiry for a ‘major depressive illness’, has separately described it as a ‘Kafkaesque nightmare of deceit and injustice’. The loss of his grace and favour home is alleged to have cost him £129,600.

Since convicted paedophile Beech was sent to prison last month, ex-High Court judge Sir Richard Henriques has told the Daily Mail that police searches of the homes of VIPs broke the law and a criminal investigation should be launched.

The inquiry into Beech’s bogus allegations of rape and murder involving an Establishment child sex ring closed in March 2016 without any arrests.

Lord Brittan’s widow Diana and Lord Bramall have each received about £100,000 in out-of-court compensation settlements.

But Mr Proctor has not reached an agreement and a number of senior officers, including Operation Midland ‘gold commander’ Steve Rodhouse, are likely to be called to give evidence if his claim goes to trial.