A multi-vehicle collision and rollover on the Eastern Freeway temporarily brought outbound city traffic to a standstill during the Thursday afternoon peak.

The outbound lanes of the Eastern Freeway were briefly closed at Middleborough Road, near Box Hill in Melbourne’s east, after the collisions and rollover, the Department of Transport said. 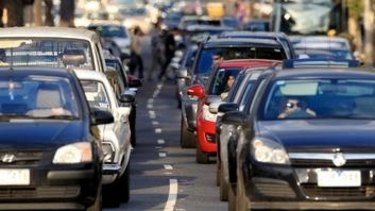 Traffic was obstructed for about 40 minutes, causing traffic jams back to Burke Road, but traffic flow had resumed by 6pm.

The department urged motorists travelling from the city to use either Whitehorse Road or Doncaster Road, and to return to the freeway from Middleborough or Springvale roads further away from the city.

“Traffic remains heavy heading away from the city, with delays starting at Burke Road,” the department said.

“The Department of Transport thanks motorists for their patience as crews worked to re-open lanes safely.”