Masks in school might NOT be effective in fight against Covid, Government’s own studies show

Officials have admitted they do not definitely know whether face masks are effective in preventing the spread of Covid in schools.

The Government yesterday said evidence is not ‘conclusive’ although studies show they may help reduce transmission.

The revelation comes despite all secondary school pupils being asked to wear a mask in class from this week. 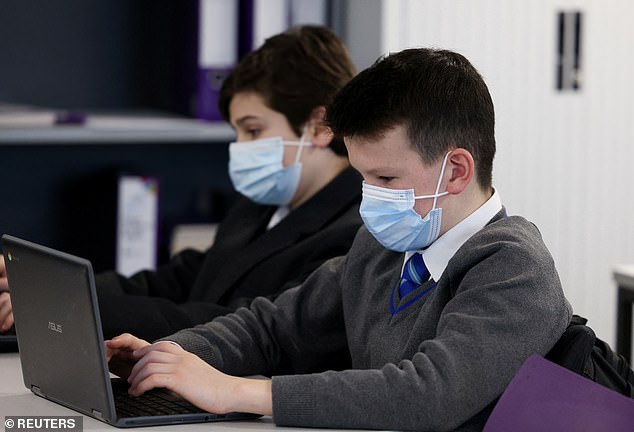 On Wednesday, Education Secretary Nadhim Zahawi said masks in school will ‘help reduce transmission at a time when rates of infection are high’.

He highlighted data from a sample of 123 schools which suggested ‘there was a greater reduction in Covid absence’ among schools using coverings.

However that same afternoon, an evidence review was published by the Department for Education (DfE) which found studies – including the one mentioned by Mr Zahawi – have provided ‘mixed results’ on the effectiveness of face coverings in education settings.

The study cited by Mr Zahawi showed secondary schools where masks were used saw their average Covid absence rate fall from 5.3 per cent on October 1 to 3.0 on the third week of October – a drop of 2.3 percentage points. 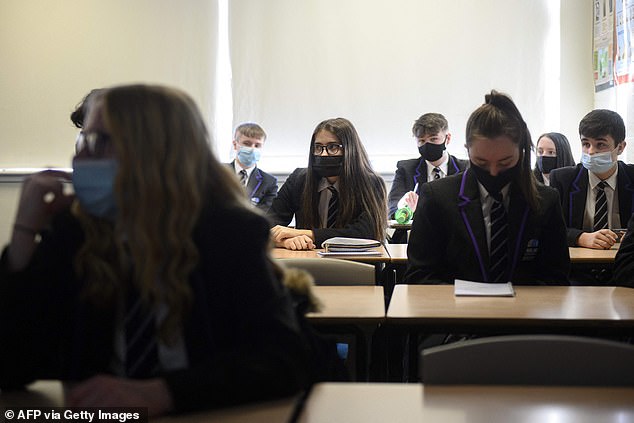 In secondary schools that did not use masks, the average Covid absence rate fell from 5.3 per cent to 3.6 per cent – a fall of 1.7 percentage points.

But the study concluded: ‘There is a level of statistical uncertainty around the result.’

The DfE review pointed out the study – which does not include any data on Omicron – is ‘non-peer reviewed’ and the greater reduction in absences could be down to chance.

However, it conceded all the existing studies suggest face coverings in schools may contribute to reducing transmission.

A spokesman for parent group UsForThem said: ‘The document demonstrates no statistically significant benefit for transmission in schools and highlights serious harms to communication and learning.’

Meanwhile, some schools have provoked outrage by imposing ten days’ isolation on pupils with Covid – despite the Government recommending seven.

But last night, Ryburn Valley said pupils were ‘free’ to return after day seven and Ricards Lodge said it also would change to be ‘in line’ with the Government.

And this week, the UK’s largest teaching association National Education Union told members to ignore official guidance by imposing their own stricter rules.