The Great Pyramid of Giza is the oldest and largest of the three pyramids that still stands in El Giza, Egypt, and is one of the Seven Wonders of the World. Built over a period of roughly 20 years, this colossal structure was sanctioned under the ruler of the fourth dynasty – Khufu – who was buried in a tomb inside. Over the years, many archaeologists and historians have argued about how a civilisation that existed around 2600BC managed to transport the casing stones needed from the river Nile to the Great Pyramid.

However, it was revealed during Channel 4’s “Egypt Great Pyramid: The New Evidence”, how researchers discovered the remains of a journal that belonged to a man named Merer, who was in charge of stone transportation from the quarries to Giza.

Pierre Tallet and his team made the find at the nearby town of Wadi al-Jarf and it proved the Egyptians were ahead of their time.

The 2019 documentary explained: “There is a missing piece of the puzzle – for ships to be effective, they needed to get far closer to the pyramid than the Nile would allow.

“Now, in Wadi al-Jarf, Pierre Tallet is decoding the long-lost journal of sailor Merer to find out how the ancient Egyptians achieved this. 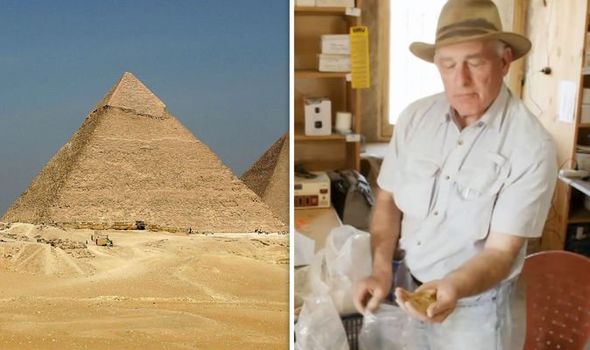 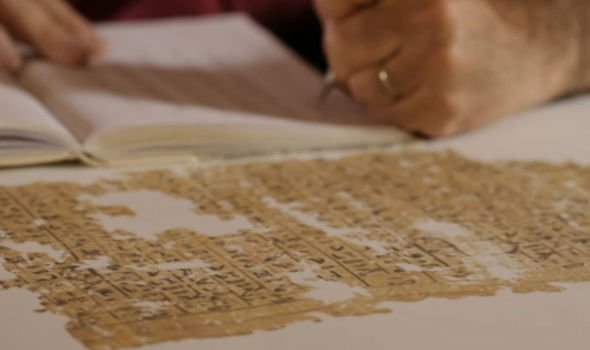 Without this clever hydraulic engineering, it would have been impossible to complete Khufu’s pyramid

“It turns out that Merer’s skills may have included engineering.

“He writes that his crew were involved in a scheme to transform the landscape – they opened giant dykes to divert water from the Nile and channel it to the pyramid through man-made canals.”

Dr Tallet explained how the papyrus showed Merer was tasked with getting the blocks as close to the pyramid as possible by changing the landscape of Egypt.

He said: “What we can see from the logs is that Merer is not working all the time [in] bringing the blocks to the pyramid.

“It’s only one of the different missions he has during the year.”

However, archaeologists have since gone one step further into answering the mystery.

Mark Lehner and his team drilled into the sand near the Great Pyramid in a bid to uncover any evidence of ancient waterways.

Dr Lehner revealed his incredible findings during the same show.

He explained: “For many metres, the drill chords came up with nothing but dry sand.

“And then suddenly, they came down onto very concentrated, thick silt. 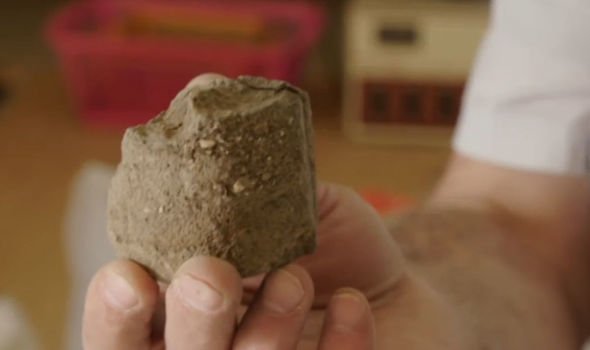 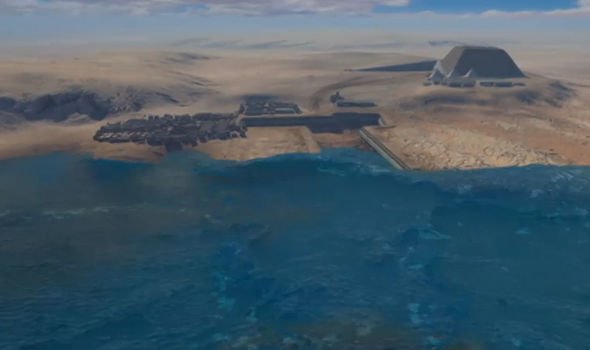 “The contrast couldn’t be starker, and the several metres of this concentrated clay told us there must be an ancient waterway.

“So we knew Nile water had to be there, filling an ancient waterway with that clay and silt.

“We’ve outlined a central canal basin which we think was the primary delivery area to the foot of the Giza plateau.”

The series went on to claim that without these canals, the ancient Egyptians may never have been able to build the Great Pyramid.

“They dug a series of deep canals by hand and created an inland port.

“When Merer’s men opened the dykes, the Nile’s water filled these cuttings to the brim.

“This allowed his heavily-laden boats to dock within just a few hundred metres of the pyramid.

“Without this clever hydraulic engineering, it would have been impossible to ship in casing stones and complete Khufu’s pyramid on time.”