An elderly married couple who agreed to a suicide pact were a ‘modern-day Romeo and Juliet’, an inquest heard.

Geoffrey, 89, and Ida Platt, 90, planned their suicide and jointly made the decision to die before they took an overdose of pills in May last year.

A neighbour found the couple when they spotted an open front door but Mr Platt survived the overdose and had to watch his beloved wife of 50 years die. 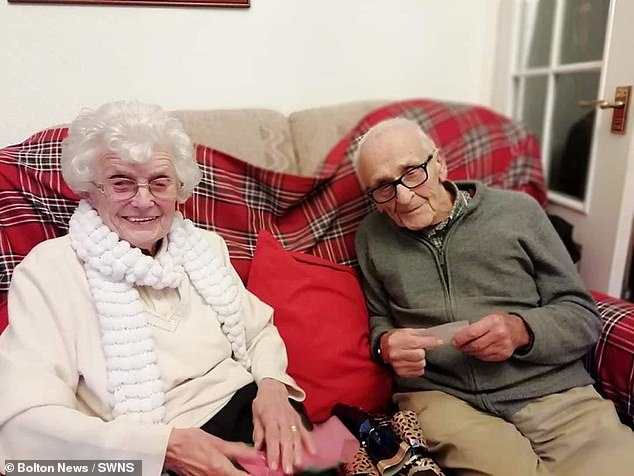 An elderly married couple who agreed to a suicide pact were a ‘modern-day Romeo and Juliet’, an inquest heard. Geoffrey and Ida Platt, 89 and 90, took an overdose of pills

Struck by crippling grief, the retired water board engineer was found hanged in his home in Swinton, Greater Manchester, three months later, in August last year.

Bolton Coroners Court heard how Geoffrey had waited for his niece and main carer, Janet Jackson, to go on holiday in France before taking his own life.

Before she left, he spoke to her and told her he loved her before taking his own life on July 26, the court heard.

Ms Jackson told the inquest her aunt, who was ‘intelligent, artistic and creative’, was ‘a perfect match’ for her uncle who was ‘passionate and opinionated’.

She told the court the couple had travelled the world despite Mr Platt’s struggles with PTSD after suffering a mining accident in New Zealand which left him hearing voices and suffering night terrors.

In recent years, Mrs Platt’s health had deteriorated, which resulted in her having a pacemaker fitted and undergoing operations on her eyes.

Ms Jackson added: ‘Geoff had a mission in life and it was to keep Ida alive.

‘He was trying to turn back the clock and make her well again.’

The inquest heard a neighbour had spotted the Platt’s front door open on the morning of 12 May and found the couple unresponsive.

They were rushed to Salford Royal Hospital where Mrs Platt initially recovered and was lucid enough to tell her niece she was ‘angry she hadn’t died’.

Ms Jackson said: ‘She was very calm but angry she was still alive.

‘It was a deliberate decision she made and I have no reason not to believe her.’

Mrs Platt’s condition then worsened and she died in the hospital on May 18.

Mr Platt recovered from the overdose and was discharged ten days later, despite his family and doctors pleading for him to remain under observation.

But coroner Rachel Syed said she was satisfied the right decision had been made and Mr Platt did not meet the requirements for being sectioned.

The inquest heard how Mr Platt’s care was transferred to Salford Home Based Treatment Team, who were praised by Ms Syed for improving the widower’s mood despite the tragic circumstances. 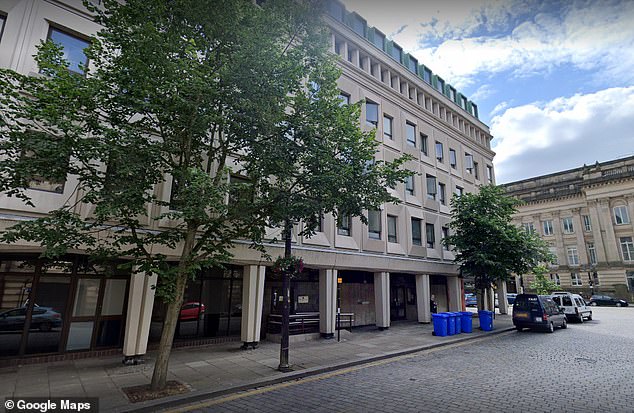 A neighbour found the couple when they spotted an open front door but Mr Platt survived the overdose and had to watch his beloved wife of 50 years die, an inquest at Bolton Coroner’s Court heard

But his condition worsened after he was interviewed by police officers in connection with his wife’s death, according to Edward Murdoch, who was one of his carers.

Mr Murdoch said: ‘Geoff was a very proud man but after going to give his statement it was as if he had a weight on his shoulders.

‘He was unshaven, would wear the same clothes and started to drink a bit more brandy.’

On July 26, Mr Platt asked the carer and a doctor to leave his flat and he was later found hanged by another member of staff, who had gone to his flat after concerns were raised about his mental health.

A serious incident review by Dr Martin Earl, a consultant psychiatrist for Greater Manchester Mental Health NHS Trust, found it had been ‘the correct decision’ to discharge Mr Platt and the treatment team had gone ‘above and beyond’ with their care.

Recording a conclusion of suicide in both cases, Ms Syed described the couple as a ‘modern-day Romeo and Juliet’.

She added: ‘I find the correct decisions were made and there were no missed opportunities. This was a tragic set of circumstances in the truest sense of the word.’