EMMANUEL Macron quit the COP26 climate summit a day earlier than other world leaders after climbing down in his fishing row with the PM.

The French President jetted back to Paris having spent just a single day at the history defining summit in Glasgow. 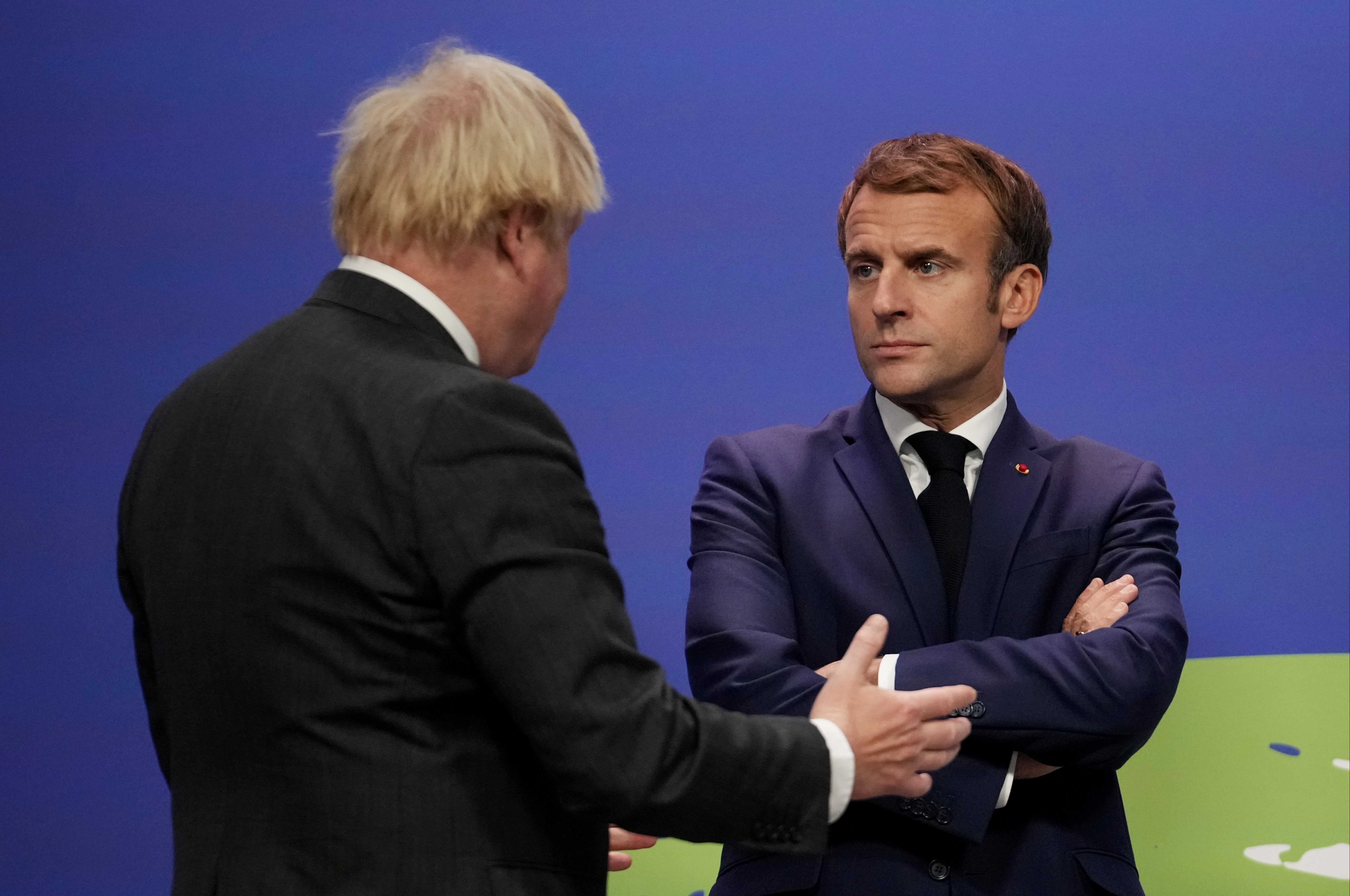 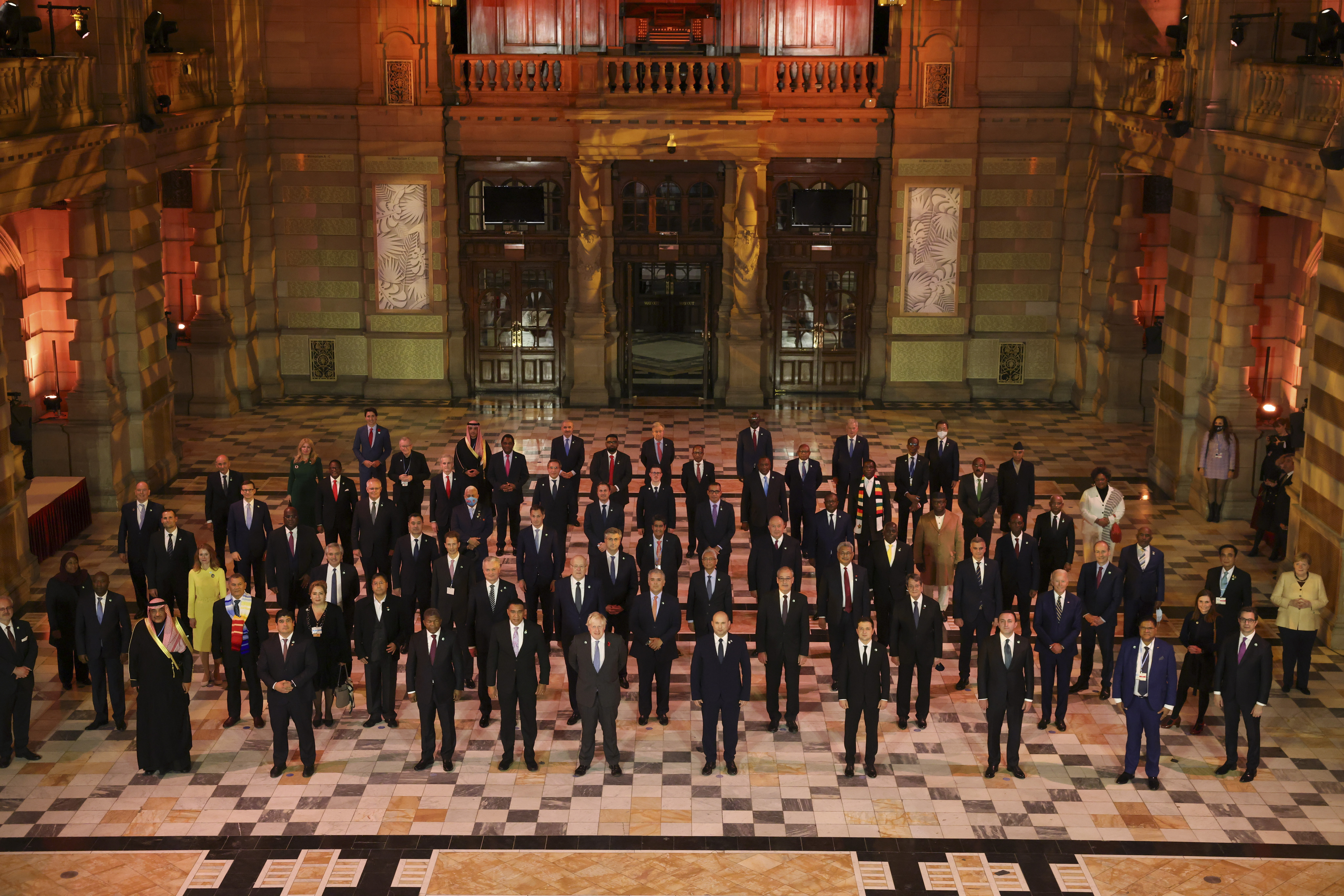 His departure comes with ministers on red alert over fears France will try to torpedo the landmark gathering.

One said: "They're not going to want Glasgow to be a bigger success than Paris, that's for sure."

French sources insisted the President had always planned to spend just a single day in Scotland.

One said "nothing" should be read into the timing of his departure and it wasn't meant as a snub to the UK.

They added he had deliberately crammed all his meetings into yesterday, including ones with the PM and Prince Charles.

The PM tonight also tried to play down suggestions Mr Macron's early exit was an issue.

He said: "We are working very very closely with our French friends and partners on the things that matter most to the people of the world.

He held a regular meeting with interior minister Gerald Darmanin this morning and had lunch with PM Jean Castex.

This afternoon he dealt with letters of credentials from foreign ambassadors.

His only public business was the unveiling of a youth unemployment drive, which he announced on Facebook this morning. 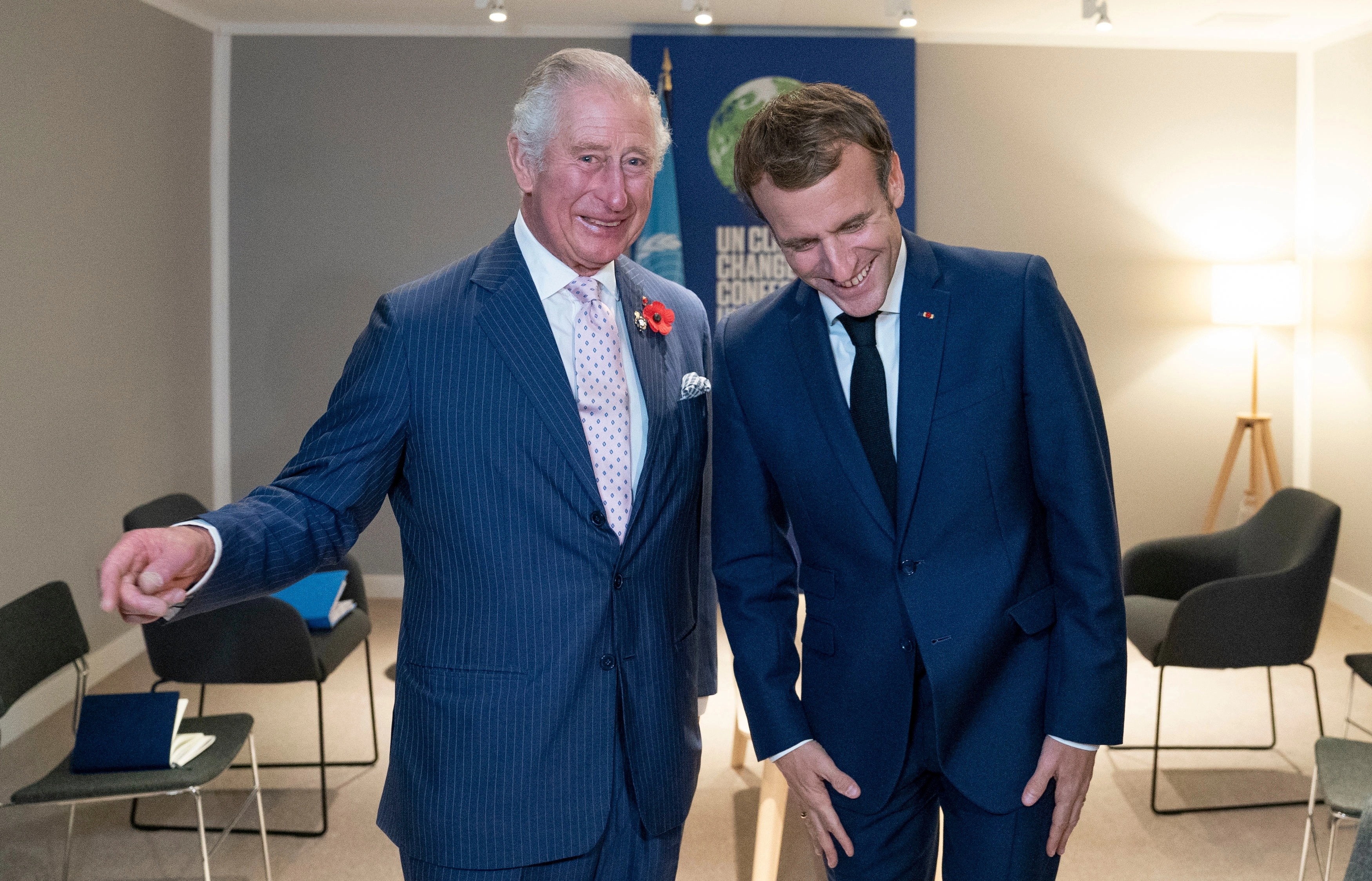 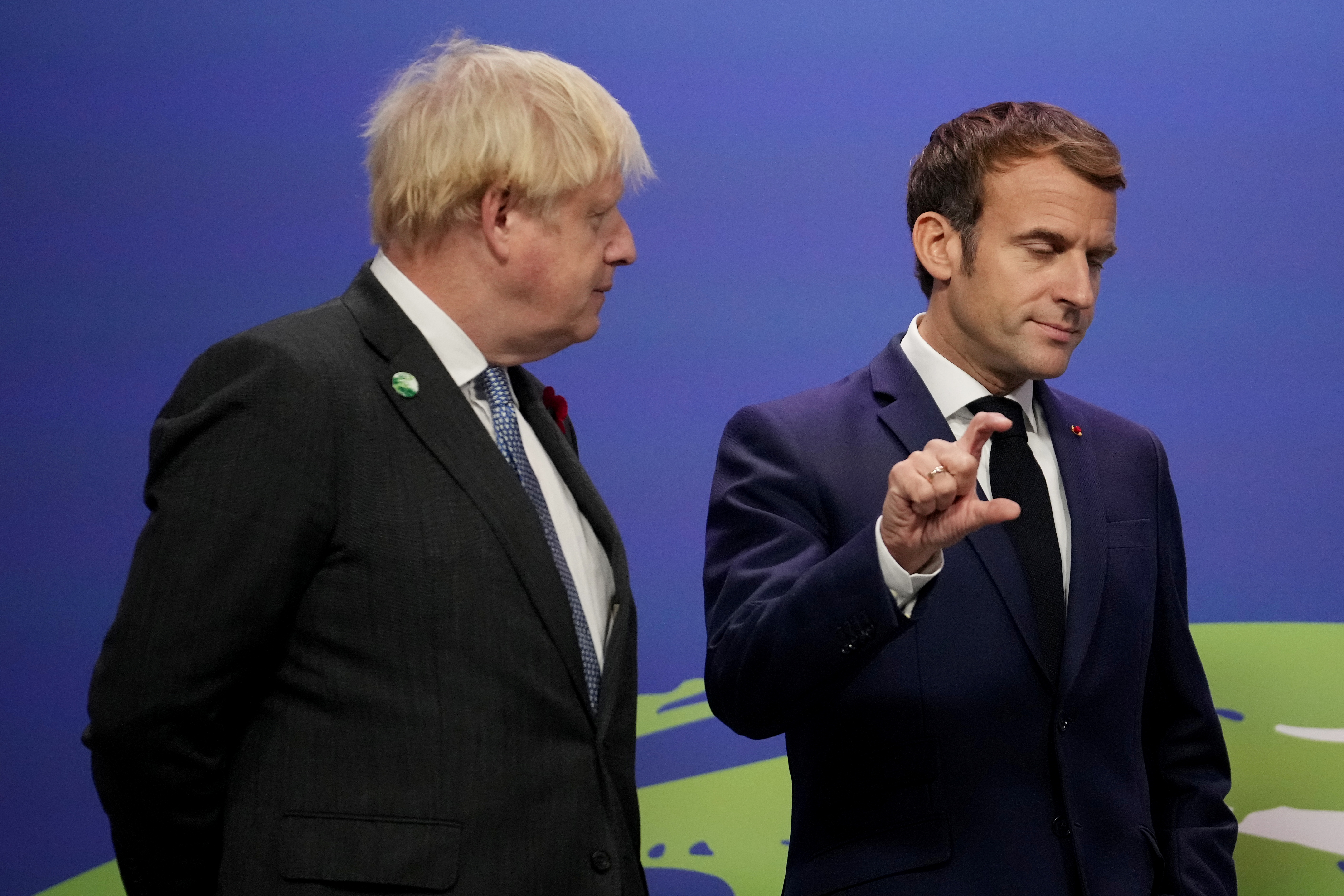 His early exit raised eyebrows because other nations were still in full deal-making mode today.

The French President was snapped sharing a frosty greeting with Boris on the opening day of the climate summit.

Cross-Channel relations have been plunged into crisis over his threats to start a fishing trade war with Britain.

There was a similarly tense atmosphere at the summit between Mr Macron and Australian PM Scott Morrison.

The French leader accused his Aussie counterpart of lying to him over the AUKUS submarine pact.

It comes after Downing Street slapped down claims the PM caved to Mr Macron over fishing licences to avert a trade war with France.

A No 10 spokesman denied reports the UK had suddenly green-lighted licences for 100 more French boats.

Paris was set to trigger punishment measures against Britain last night but pulled the plug at the last minute.

That led to some speculation that Mr Macron had secured last minute concessions from No 10.

But today the PM's spokesman insisted: "In terms of this week, no new licences have been issued for UK waters."

British officials have so far granted access to just over 1,800 French vessels.

Jersey has offered to speed up five or six applications to help "move things forward" in talks with France.

External affairs minister Ian Gorst said these are for approved skippers who need to transfer their licence to a new boat.

The Channel Island is not part of the UK and is responsible for controlling access to its own waters.

It comes after Mr Macron's decision to ditch threats of a fishing trade-war with Britain was hailed by ministers today.

Environment Secretary George Eustice said he was glad the French President had seen sense and stepped back from the brink.