During the Cold War, Washington and Moscow came within touching distance of World War 3, most notably during the Cuban Missile Crisis which pushed tensions to the edge. Both nations had close calls during the 40-year conflict, where nuclear war was averted by just seconds after numerous mistakes were made by both technology and those handling it. That threat has returned, as the US and Russia continue to arm themselves with nuclear weapons, except the advances in science mean they are now even more devastating.

History’s ‘Doomsday’ documentary played out a hypothetical scenario where tensions boiled over, to expose the sobering reality of how far-reaching the decision to go nuclear could be.

The narrator said: “It’s the moment people across the world have feared for more than 70 years, an incident between the US and Russia has escalated.

“The US and Russia have missiles on subs and on land.

“While both sides have them in silos, only Russia deploys mobile launchers. 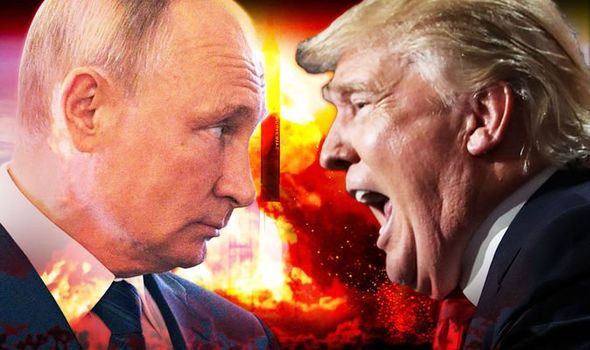 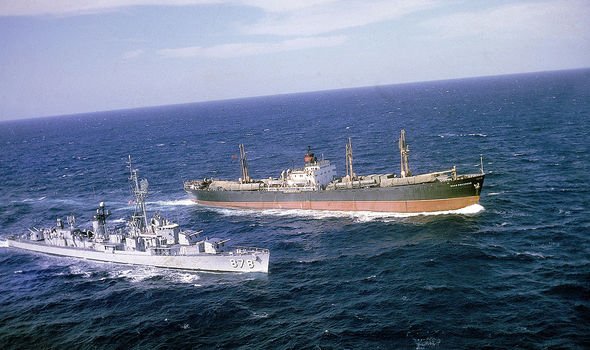 “These are designed to kill and destroy on an unthinkable level.

“Some missiles have as many as 10 warheads, each one 50 times as powerful as the one that destroyed Hiroshima.”

Director of the Nuclear Information Project, Hans Kristensen, said the idea of such a situation playing out was not far-fetched.

He explained: “Out of the 10,000 nuclear weapons that are in possession of the military, roughly 1,800 are on alert, ready to go on top of ballistic missiles on very short notice.

“The overwhelming amount of nuclear weapons on alert are US and Russian. 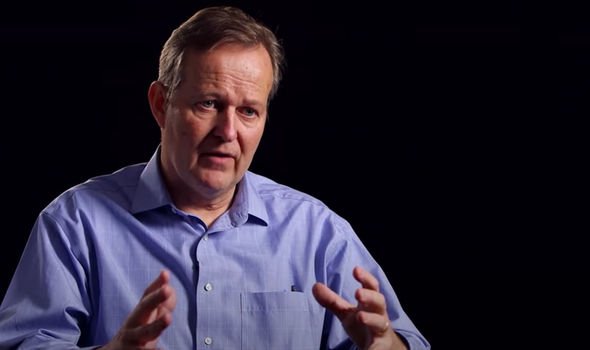 “In the first strike, you would have something in the order of 600 to 700 ballistic missiles with nuclear warheads from both countries flying against each other.

“The first cities that would be hit are cities that have important military and civilian leadership and command structure – Washington, Moscow – there would be devastating consequences.

“In Washington, the most likely targets to be hit very early on would be the White House, the Pentagon, and a 500 kiloton warhead would create a fireball with a diameter of one mile.”

The documentary went on to detail its hypothetical scenario, and how the conflict could soon turn global.

The narrator added: “At virtually the same time, the US, Britain and France would strike Moscow with 80 warheads, the city becomes a field of flaming wreckage and one million would be dead almost instantly. 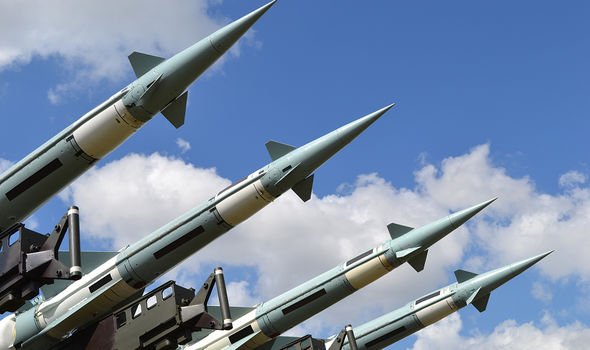 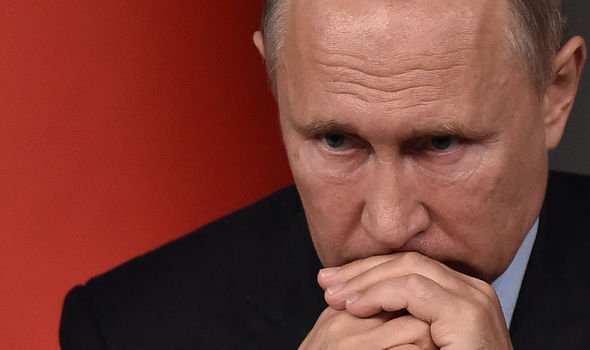 “6,000 miles away, American nukes strike Beijing, as the US suspects Chinese involvement in the attacks.

“Chinese submarines retaliate, with nuclear hits along the US west coast, from Seattle to San Diego.

“The death toll pushes past 100 million as thousands of square miles are left smouldering, where cities once stood.

“The bombs started massive fires that sent 50 tonnes of soot into the air, blocking so much sunlight, that it plunges the world into a sudden nuclear winter.”

Palaeontologist Trevor Valle explained that scientists fear such a scenario could freeze the Earth for two decades, with catastrophic effects to the human race.

He added in May: ”This is an ice age with fallout and radiation, everything is going to be damaged in some way. 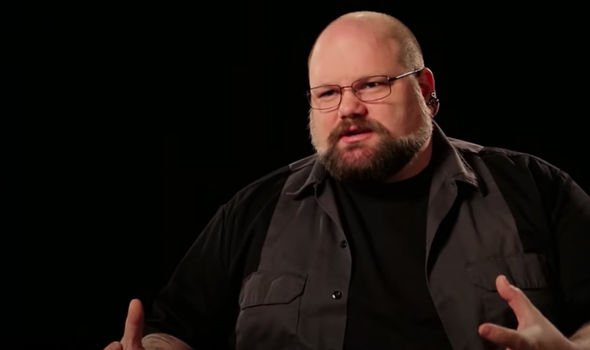 “The onset of this winter would be shocking.

“This is a long-term horrible catastrophe that would happen after a nuclear war.”

Mutually Assured Destruction arguably prevents such a situation from spilling out of control.

The promise of being wiped out in the event of using such weapons cancels out the benefits of launching them in the first place.

But countries continue to arm themselves in order to stay on par with the rest of the world.