Police in Spain had to haul an entire British football team off a plane at Alicante Airport for being ‘drunk and disruptive.’

Civil Guard officers were called to march them off the flight after it landed so they could deal with the ‘public order’ problem the team were causing.

The force said in a statement most of the 25 members of the team were drunk.

Neither the footballers or the team have been named. They have only been described as an ‘amateur English football team’ who had flown to Alicante from Bristol. 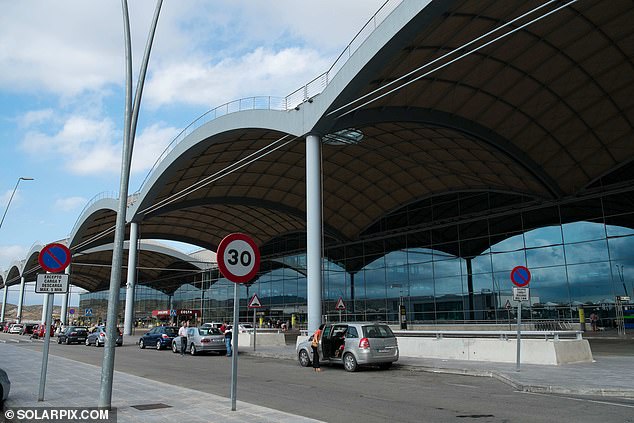 Police met the plane – at the request of the pilot – when it arrived at Alicante Airport at 10.50pm on Saturday.

The whereabouts of the unidentified team today was not immediately known.

A spokesman for the Civil Guard in Alicante said in a statement: ‘Last Saturday on April 6 at 10.50pm the pilot of a plane which had come from Bristol requested the presence of Civil Guard officers at the landing bay to deal with public order problems on the aircraft involving a large number of passengers.

‘When the plane arrived officers from the Airport Security Section had to remove the 25 members of an amateur British football team, who during the flight had displayed an aggressive attitude, causing public order problems and bothering other passengers and ignoring requests by the flight crew to calm down.

‘Most of them also clearly appeared to be under the influence of alcohol.

‘The 25 British nationals were removed the plane to cheers and applause from the rest of the passengers and were taken to Civil Guard offices at the airport so they could be identified.’

The spokesman said that although none of the men were formally arrested, they would be named in a report which will be submitted to the Spanish Aviation Safety and Security Agency.

They are expected to be hit with large fines.