Entrepreneur raking in £10,000 a month says he no longer needs to work aged just 28 after he sold his business then became property tycoon by watching YouTube videos

A 28-year-old entrepreneur claims he no longer needs to work after teaching himself to become a property tycoon by watching YouTube videos.

Nathan Winch said his property business turns over £10,000 a month from investments.

He has a small portfolio of cheap properties in Barnsley, South Yorkshire worth around £500,000, despite only having started devoting himself full-time to this venture in September 2018.

In addition to owning nine properties, Nathan helps complete deals for investors, sourcing properties and generating a ‘finder’s fee’ for himself.

He said he even earned £13,500 in a single morning by completing two property negotiations. 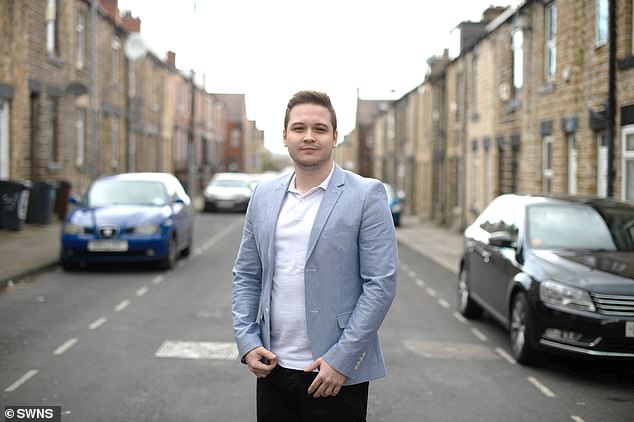 Nathan Winch, 28, went from around £2,000 a month to £10,000 a month investing in property, within four months of taking tips from Youtube

Nathan has since started to complete one of the strategies – ‘lease option agreement purchases’ – which involve taking on a property ‘because the owner can’t sell it or it’s in negative equity’.

Nathan offers to pay the mortgage, bills, and take responsibility for the repairs of the property before letting it out and keeping the rent. 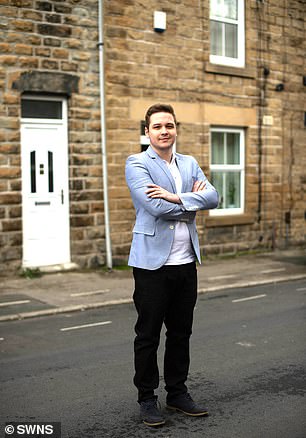 Nathan and one of his investment properties

The determined businessman, from Barnsley, South Yorks., said he could now live off the monthly incomes from his portfolio without having to go into work – but believes his drive to keep achieving means he will never retire.

He said: ‘I could technically work for three or four hours a month if I wanted to.

‘But I want to keep going and, because I enjoy working so much, I am putting more time into buying more properties and completing more deals.

‘People tell me I should be sat on a beach somewhere but I don’t think I will ever retire.’

Nathan also completes deals for investors he has gained through previous contacts in his pharma-business and constant networking.

In just one morning, he claims he negotiated a huge £100,000 reduction on the sale price of a block of flats – before passing the negotiation to an investor who bought the deal from him for £12,000.

The same day, he also earned £1,500 as a ‘finder’s fee’ by sourcing a buy-to-let property in his hometown for another investor.

Nathan studied for A-levels at Barnsley college in his hometown before completing a Biology degree at the University of Huddersfield and starting a career in the NHS.

However, Nathan realised he could provide liquid, gel and foam hand sanitiser products for cheaper than the hospital currently purchased them for externally.

Nathan said: ‘I realised they were getting ripped off and I thought I could provide the same products cheaper.

‘I just spotted an opportunity.’

He quit his job in 2011 to start his own incredibly successful business – WinchPharma.

Nathan’s new company beat off competition from several of the large pharmaceutical firms to win a share of a huge £39m contract to supply the NHS.

He ran the company for six years before he eventually sold the business in March 2017 to an investor. 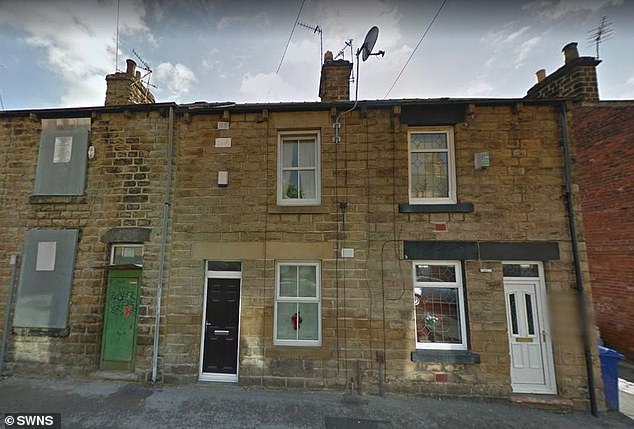 Nathan Winch’s first investment house in Barnsley, South Yorkshire. He says as a landlord he wants to help people

Despite becoming a consultant for other businesses for 18 months, Nathan decided to enter the property market ‘full time’ in September 2018.

He said: ‘I had a few properties from my time in my previous business but I never really spent any time on them or adding to my portfolio.

‘In September, I started watching tutorial videos on Youtube and realised I had been doing it wrong before and could earn a lot more money without having to put anything down myself.

‘I had money from my previous business and it is difficult to really lose money by investing in property, so I thought it was the best way to go.’

Nathan has now completed nine deals for properties – five of which he rents out to tenants and four of which he completed as a ‘lease option agreement’.

With the income from the deals Nathan has completed alone, he has enough cash coming in to cover his bills with a few hundred pounds over – without having to work.

Nathan said: ‘I don’t even need to get out of bed to work anymore, but I’m a driven person, so I want to keep achieving goals.

‘Having all this free time now also means I can spend more time with my family.

‘I can decide when and where I want to work and it a great mental state to be in.’

Nathan, who bought his own house and car after selling his previous business, said he tries to be ‘the best landlord’ he can be.

He said: ‘It is all about making a difference to people’s lives and helping them.’