EPHRAIM HARDCASTLE: Could it be the last laugh for HIGNFY?

With Paul Merton and Ian Hislop clearing their throats to mock Boris in this week’s first episode of the 64th series of Have I Got News For You, could this be the last outing for the jaded BBC satirical news show?

Having axed Mock The Week, Beeb cost-cutting bean counters perceive an opportunity to save millions ditching HIGNFY after 32 years. 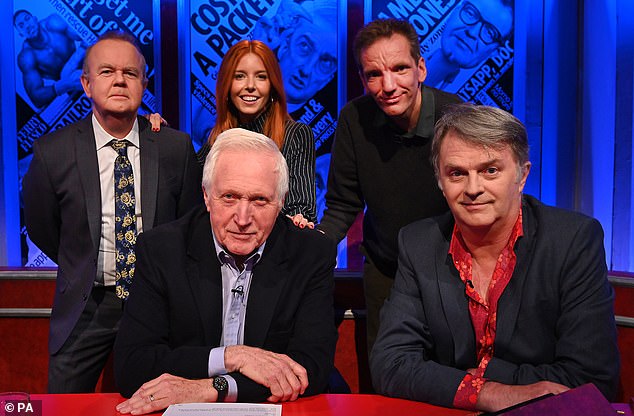 Including auxiliary staff, the two annual series cost around £2million in ‘talent’ alone. With Hislop and Merton earning around £20,000 each per show and guest hosts trousering up to £15,000 a time, it doesn’t come cheap.

The BBC has already been testing the waters. Recent repeat broadcasts of Have I Got Old News For You have removed ‘Old’ from the title. Did anyone notice?

Tomorrow’s 25th anniversary of Diana’s death will be marked by the Queen with private prayer at Balmoral. HM only formally marks the tenth anniversary of royal deaths. She came to London from Balmoral for Diana’s tenth anniversary in 2007 and attended a service at St George’s Chapel in 2012 for her mother and sister Margaret’s milestone. A committed Christian, she is quite matter-of-fact about death, unlike her ancestor Queen Victoria who made December 14 – the day Prince Albert died in 1861 – a perpetually austere day when the family dressed in black and sat beside his tomb at Frogmore.

Boris Johnson’s late mother Charlotte couldn’t be bothered doing the future PM’s laundry when he was at Eton, according to sister Rachel. ‘My mother used to pay me to iron my brother’s shirts, 50p a shirt,’ she recalls. ‘I actually put my foot down after two shirts. I quite wanted the money – but mainly because I couldn’t iron.’ To judge by perennially scruffy Boris’s appearance, neither can Carrie! 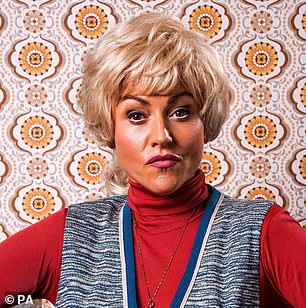 Jaime, pictured in character, tells Radio Times that the Carry On star gave her the thumbs up from beyond the grave, adding: ‘A little blonde butterfly kept coming into my garden. We don’t get too many because my dog goes for them. But you know when you know.’

Is there a Ouija board in the Queen Vic?

Trevor Dann, ex-head of BBC Music Entertainment, accuses Beeb bosses of being indifferent to listeners upset by the departure of Radio 2’s Paul O’Grady and Simon Mayo. ‘Well, if you’re seething about the high-handed way the bosses are treating you, don’t bother writing to complain because they don’t care what you think,’ he tells Radio Times. ‘The modernisers at the Beeb think of Radio 2 as a comfy, old, high street boozer. Out goes the cheery landlord with his tankards and dart board. In come the baristas, shot glasses and exposed air-conditioning pipes.’ Last orders!