Turkey’s President Recep Tayyip Erdogan has been slammed for using footage of the Christchurch terrorist massacre as part of an election rally.

Erdogan told supporters in Izmir that the gunman who killed 50 people at two mosques in New Zealand had wanted Turks removed from Europe.

Alleged mass murderer Brenton Tarrant shared footage of the horrific killings in a Facebook live stream, parts of which were shown to the Turkish crowd on a big screen ahead of local elections later this month.

But Erdogan’s use of the footage drew criticism from New Zealand’s foreign minister Winston Peters, who said his country should not be ‘misrepresented’. 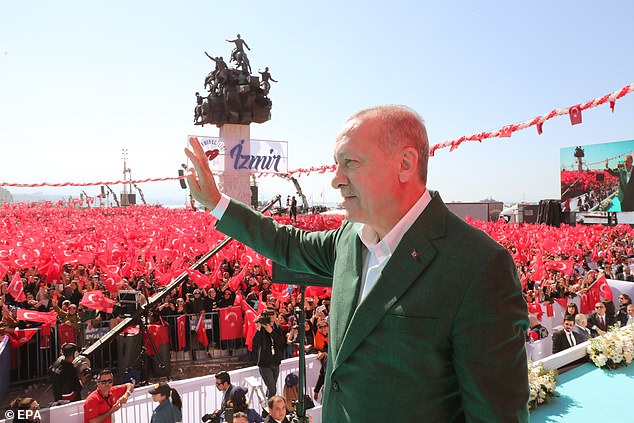 Turkish leader Recep Tayyip Erdogan told supporters in Izmir (pictured, waving at the rally) that the gunman in New Zealand had wanted Turks removed from Europe

According to BBC News, he went on: ‘Anything of that nature that misrepresents this country – given that [the suspect] was a non-New Zealand citizen – imperils the future and safety of the New Zealand people and our people abroad and it’s totally unfair.

‘We had a long dialogue on the need for any other country, or Turkey for that matter, to ensure that our country, New Zealand, was not misrepresented.’

Erdogan said the suspect had twice visited Turkey, and had warned that Turks have no place in Europe.

He said: ‘The wicked person who martyred 49 brothers and sisters is saying that we can stay on the [Asian] side, we cannot pass to the European side. Who do you think you are?’

‘We do not want to see a cross and crescent conflict again,’ Erdogan told the rally, referring to conflict between Christians and Muslims. 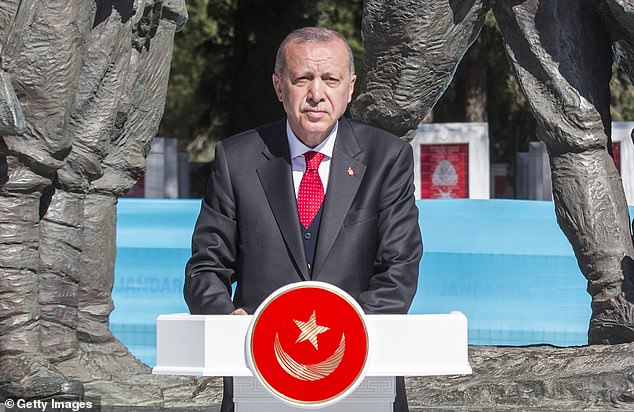 Erdogan, pictured today in Canakkale, Turkey, said the New Zealand mass shooting suspect had twice visited Turkey, and had warned that Turks have no place in Europe 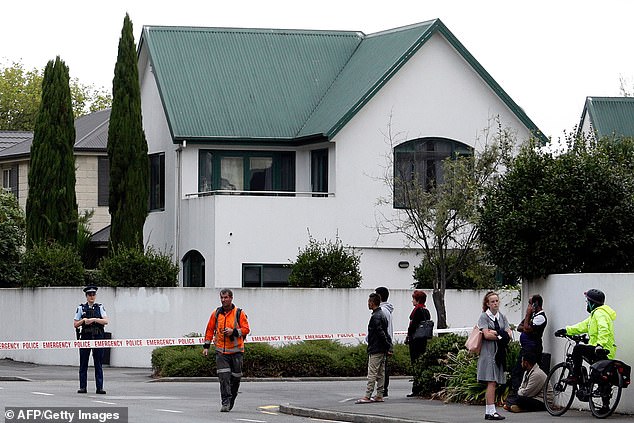 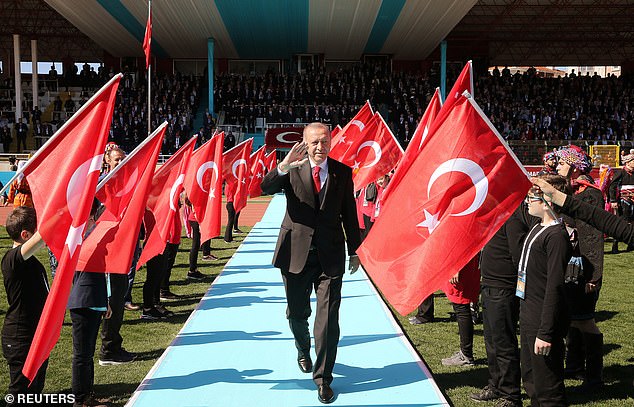 On Friday, Erdogan said the suspected gunman had ‘targeted our country, our nation and myself’.

A senior Turkish security source said Tarrant had entered Turkey twice in 2016 – for a week in March and for more than a month in September.

Turkish authorities had begun investigating everything from hotel records to camera footage to try to ascertain the reason for his visits, the source said.

The gunman shot dead 50 people and wounded more than 40 others in the terrorist rampage in Christchurch on Friday.

‘Within 10 days of this horrific act of terrorism we will have announced reforms which will, I believe, make our community safer,’ she said today.

‘Sat on the sofa with the remote in my hand, my then-boyfriend tried to convince me that what we were watching on TV was a…