A WOLF that was captured after going on the loose in Berkshire may have been deliberately released from its sanctuary by an intruder.

Armed police were scrambled to track down the beast and a primary school was placed on lockdown this morning. 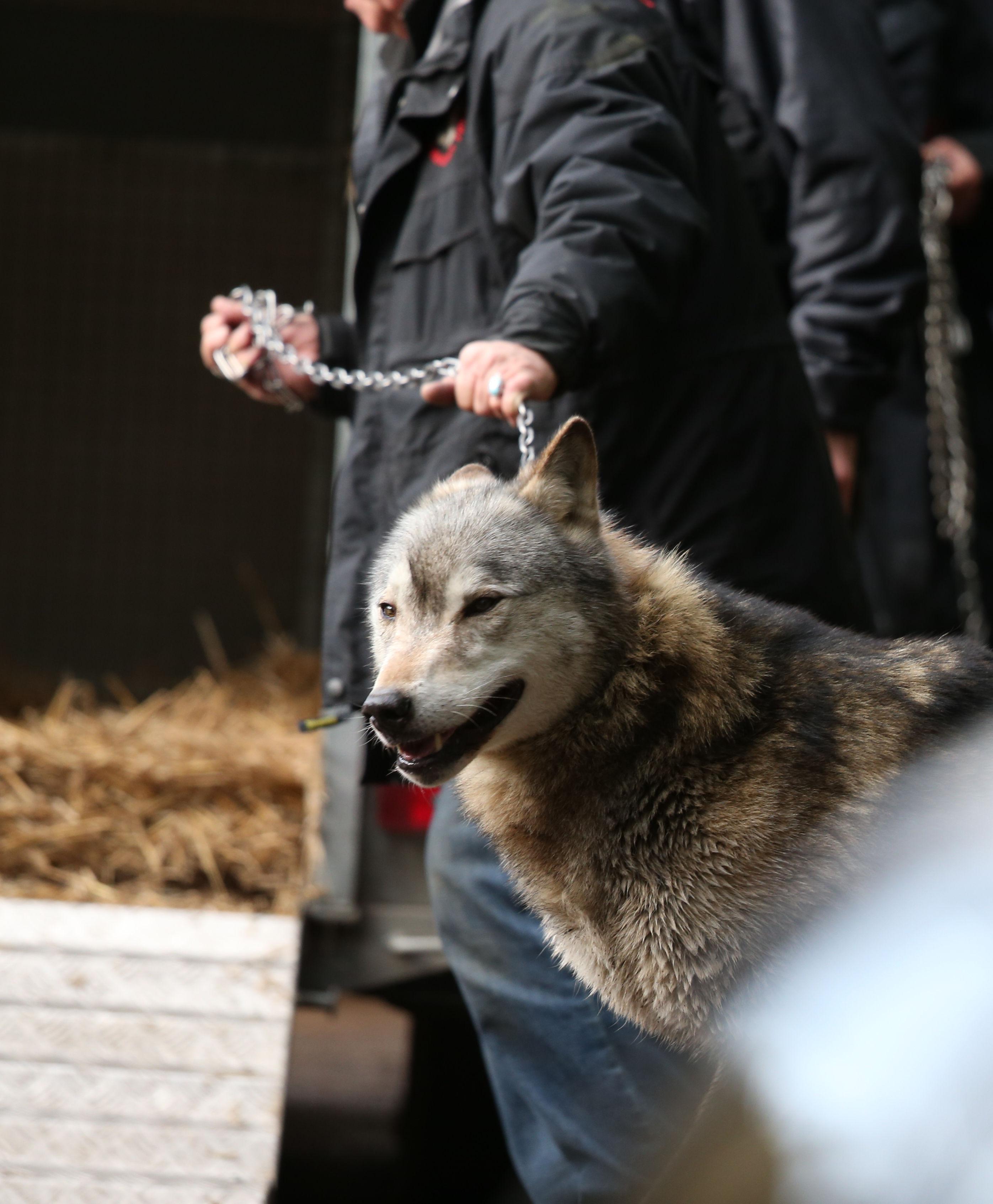 It was initially thought that ferocious winds caused by Storm Fionn damaged a fence that allowed the animal to escape.

But staff at the sanctuary said this afternoon that there were no breaches of the barriers.

Tsa Palmer, founder and director of the sancturary said: "We're still investigating but there has been no breach of the fence. 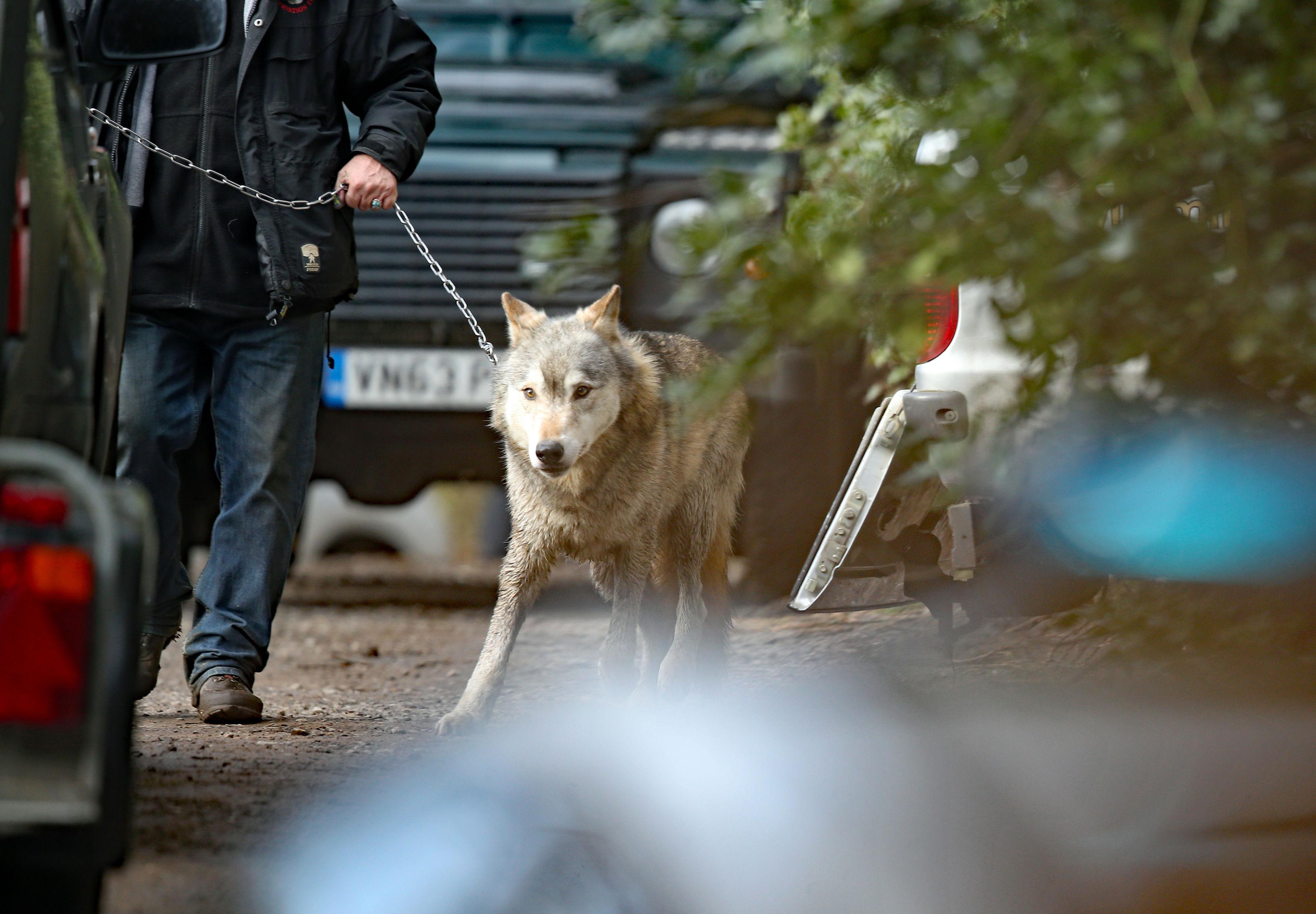 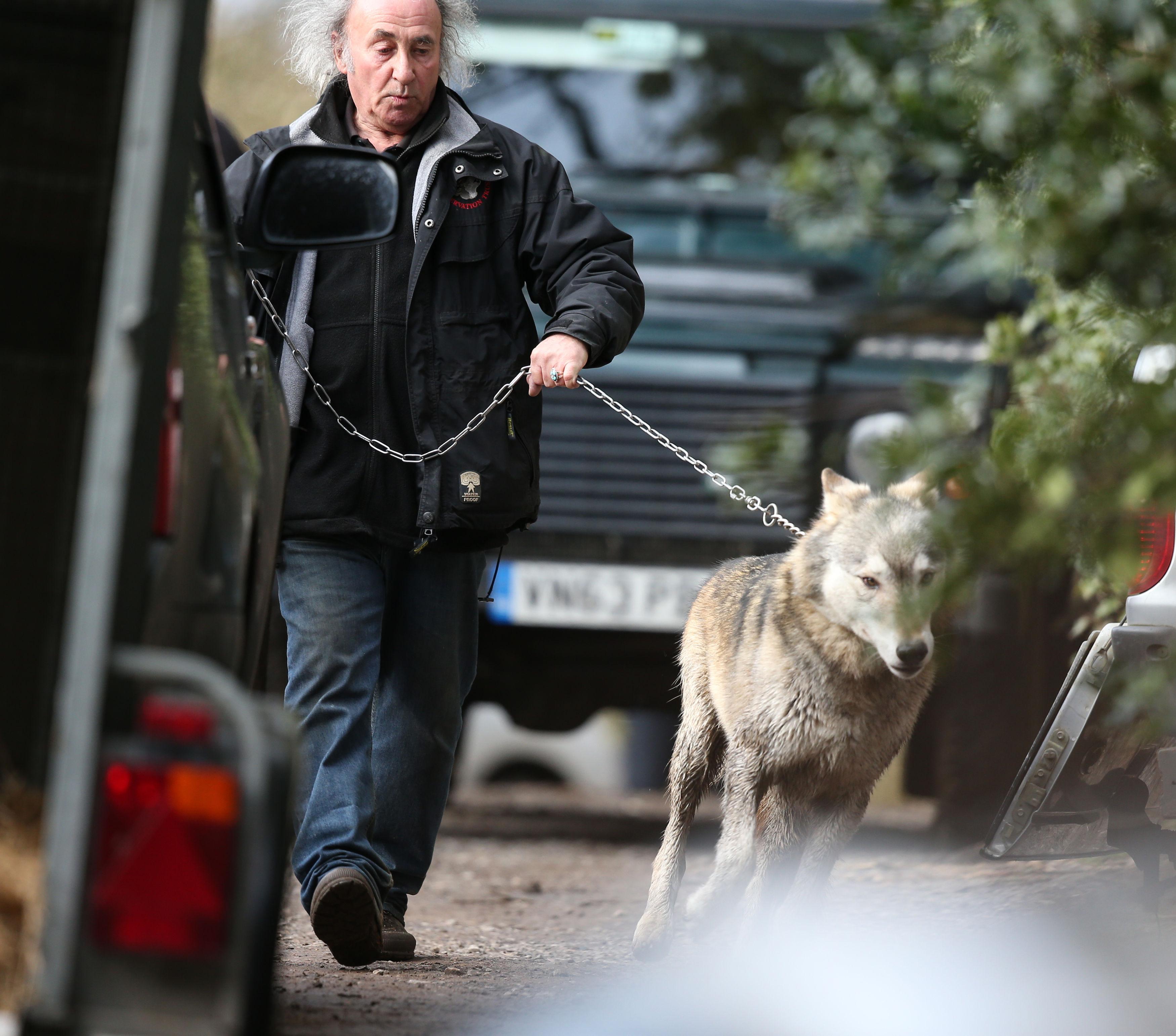 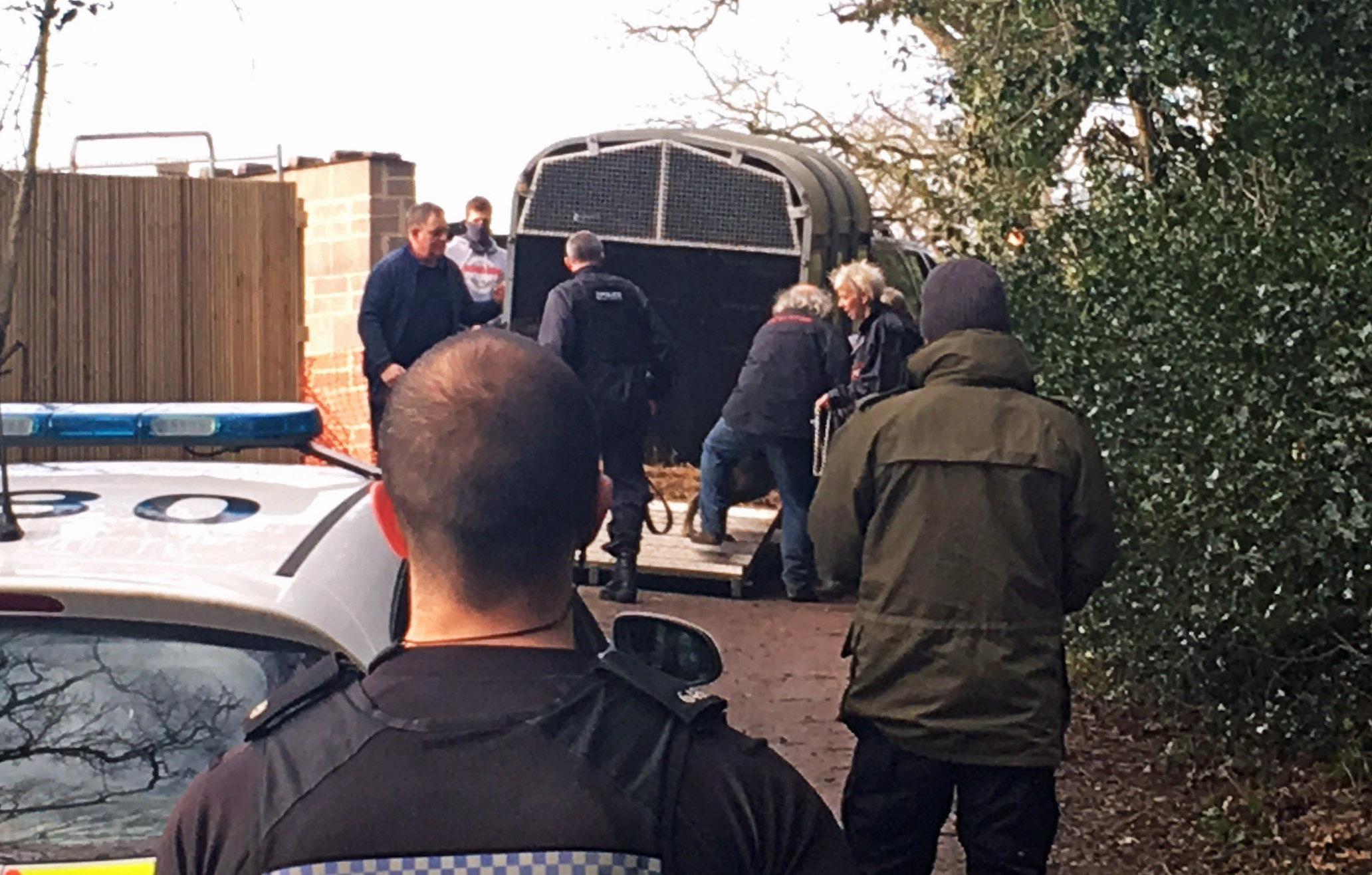 "Someone rang me in the village this morning at around 7.30 to say they'd seen a wolf, as has happened over the years – but this was different."

She added that another wolf called Maisy made an "alarm bark" — which could have been aimed at an intruder.

Ms Palmer said: "I came over checked the perimeter fencing and there were no fallen trees after last night's high winds.

"We are investigating a possible breach that someone may have deliberately done this. We are looking at footage now, it definitely wasn't a hole in the fence."

Police were stationed outside Beenham Primary School today to make sure pupils arrived safely after the alarm was raised by a dog walker at 8am. 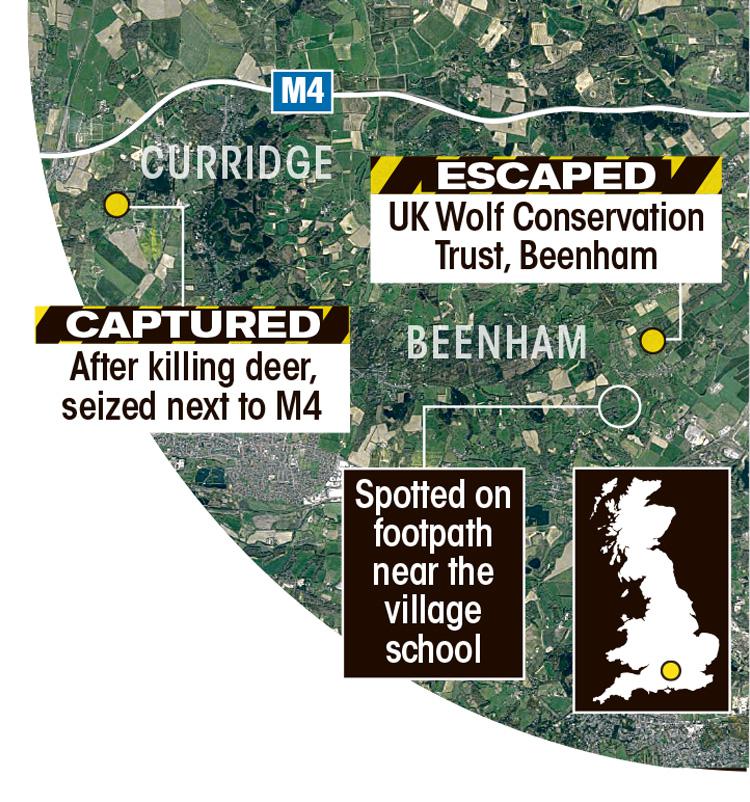 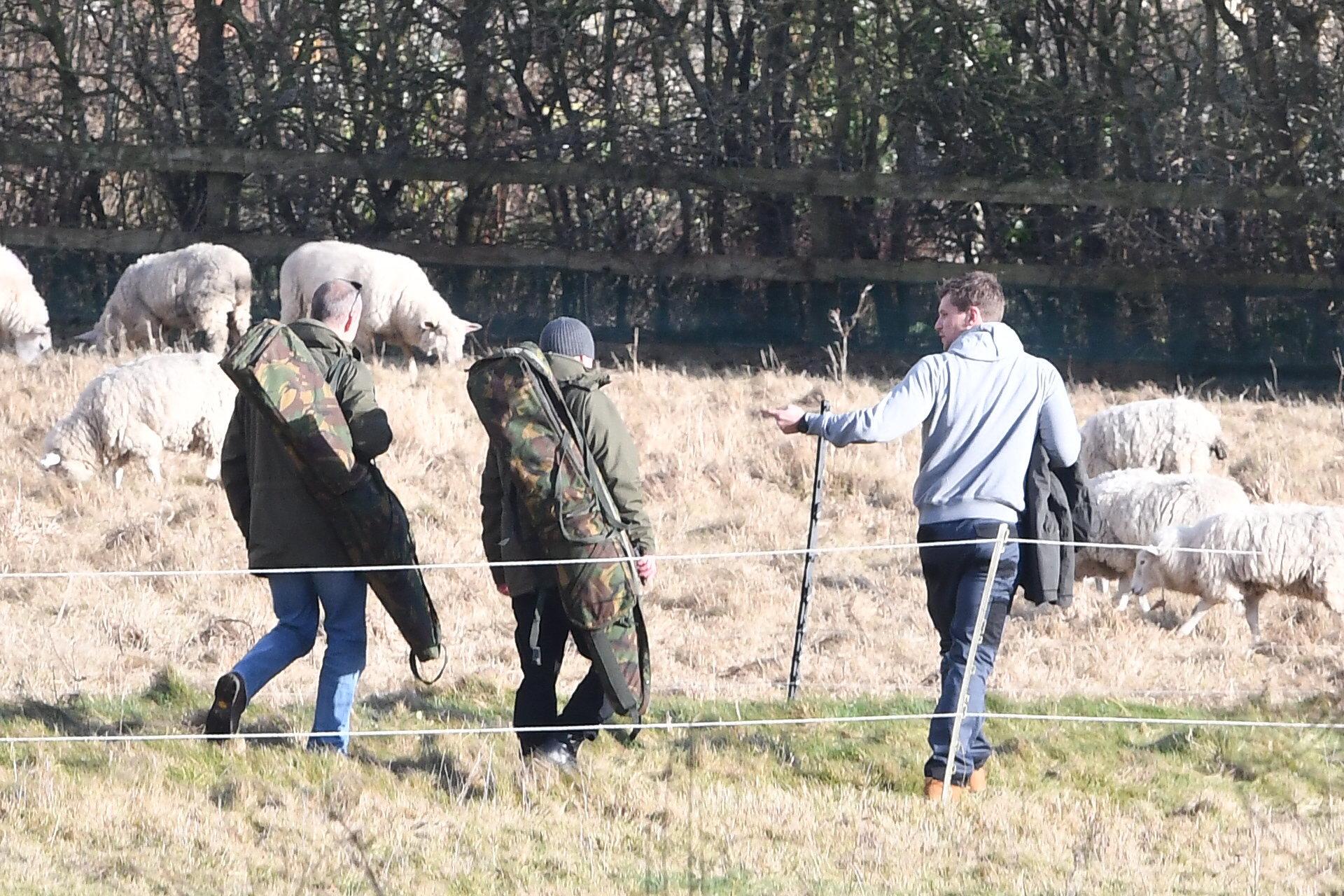 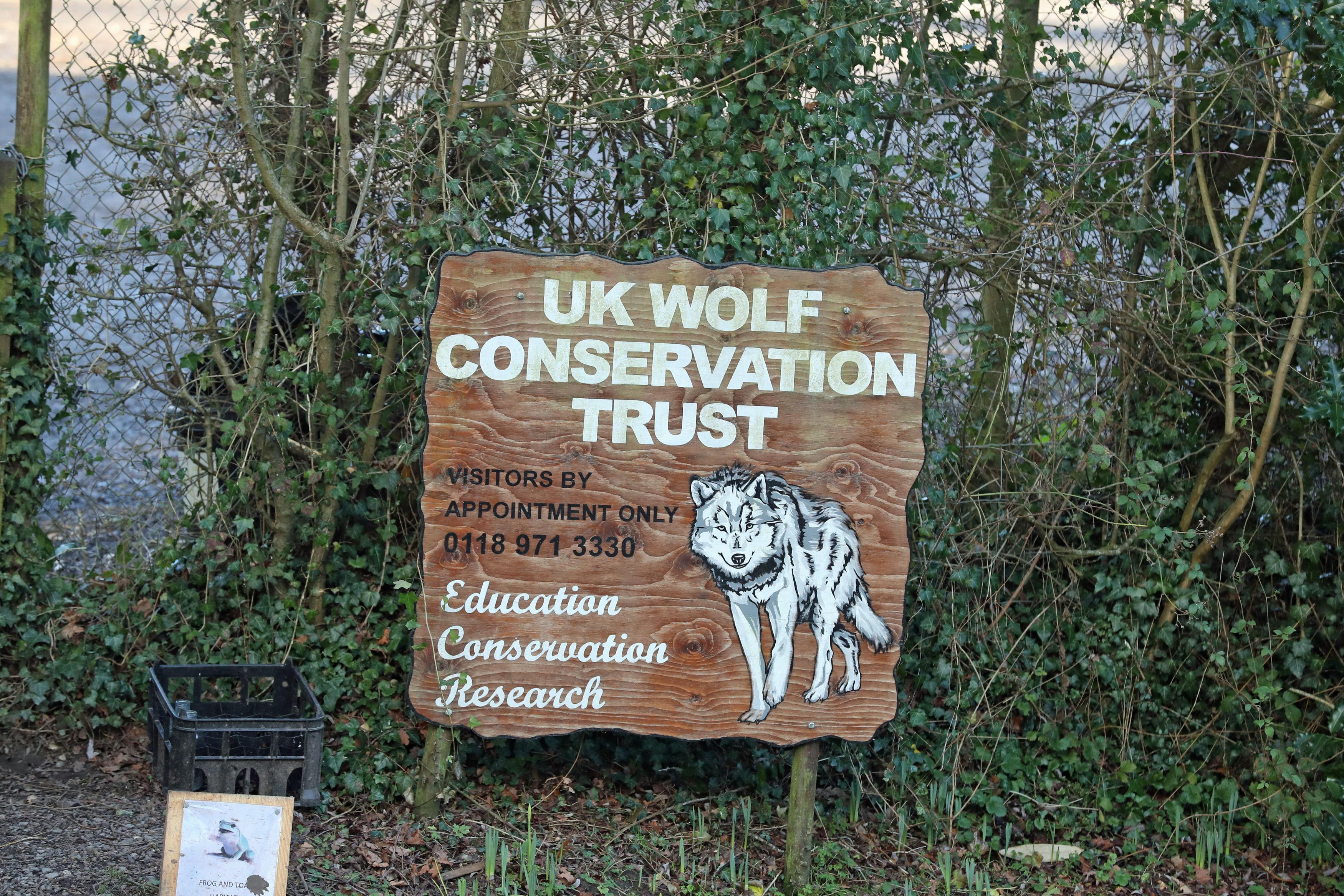 Thames Valley Police said the wolf, which was recaptured unharmed this afternoon, travelled around eight miles to Curridge.

Ms Palmer, 62, helped to encourage the 12-year-old wolf into a caged trailer before it was taken back to its home.

She said: "The fact he went through a field of sheep on his way shows he would never be a threat to the public." 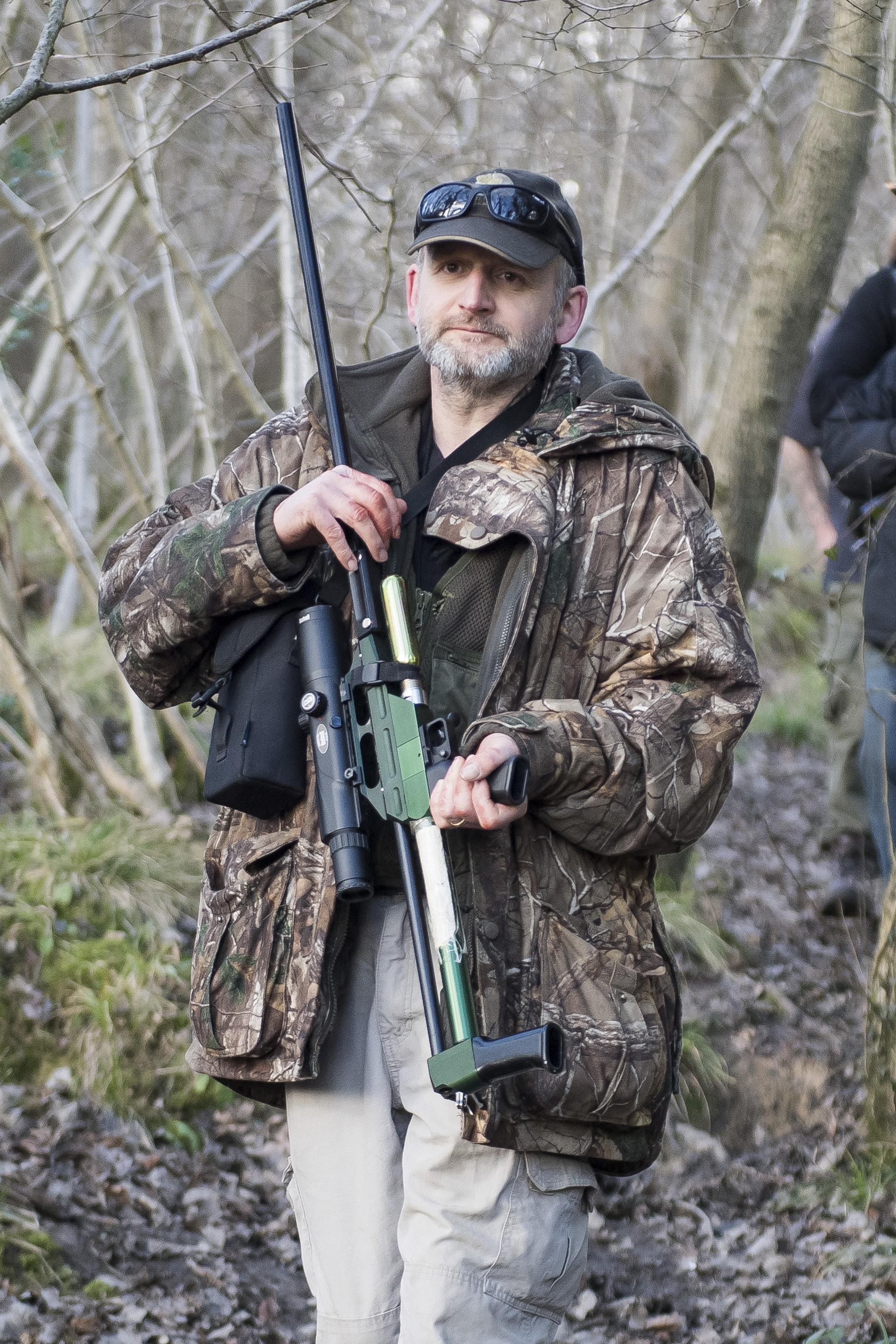 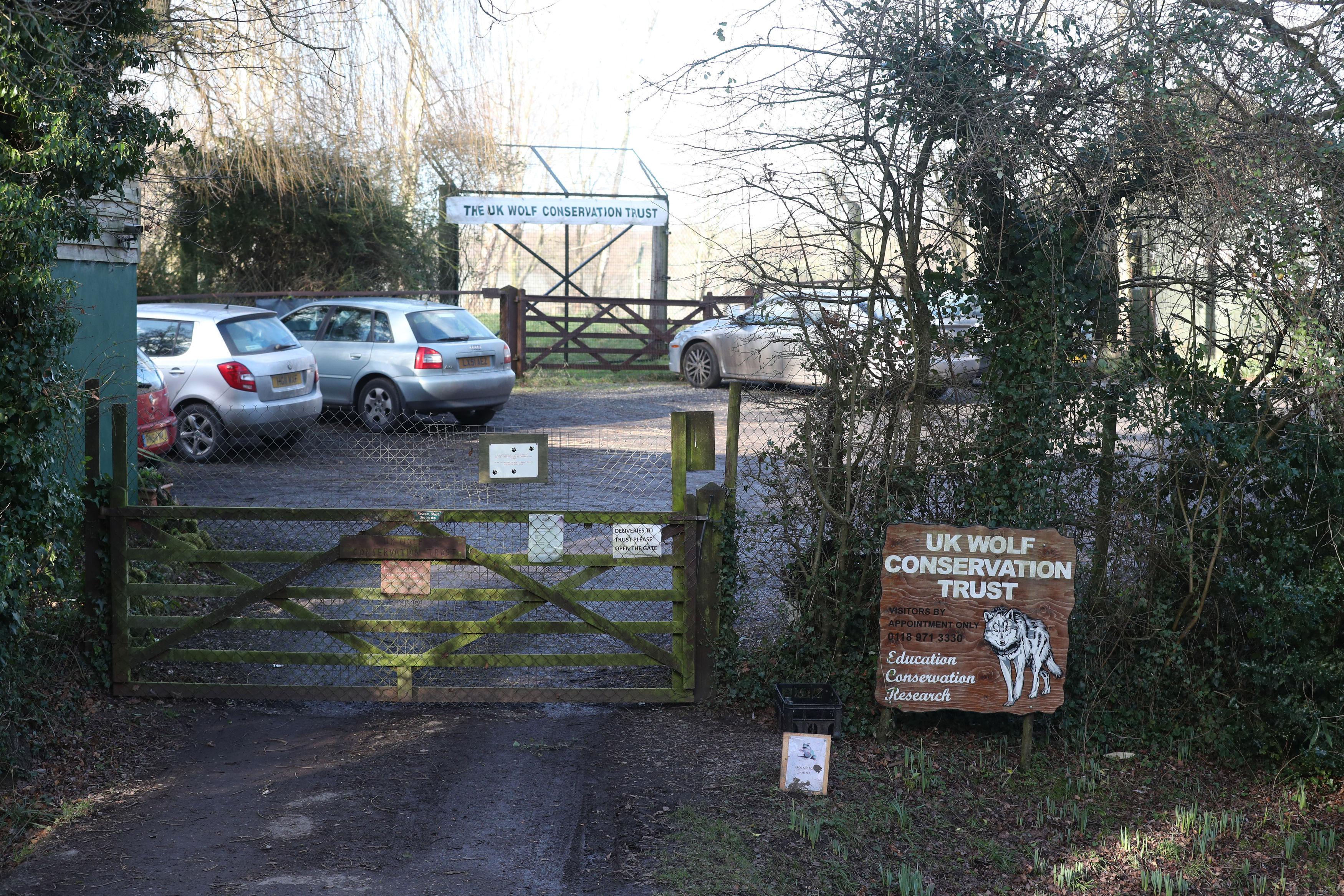 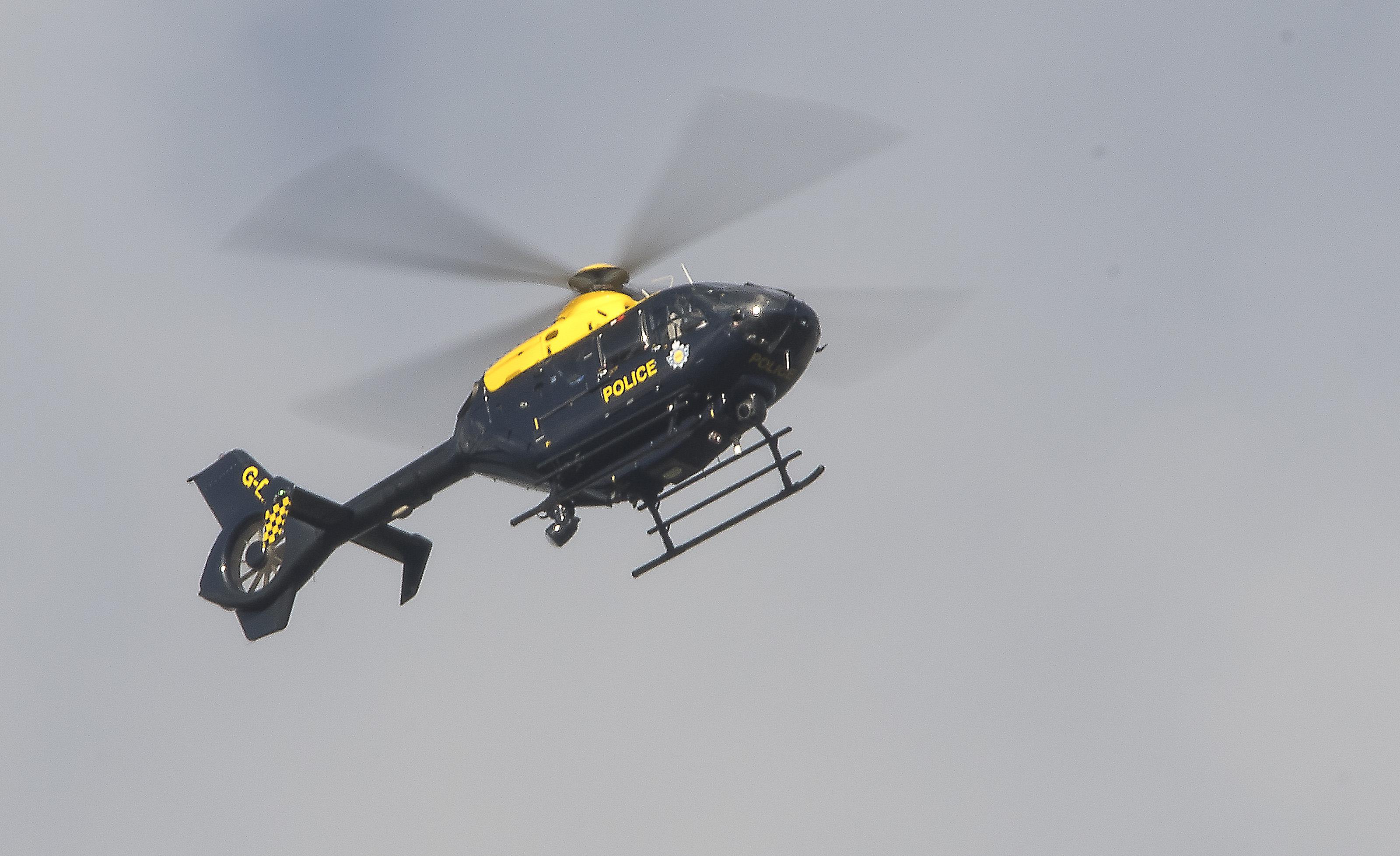 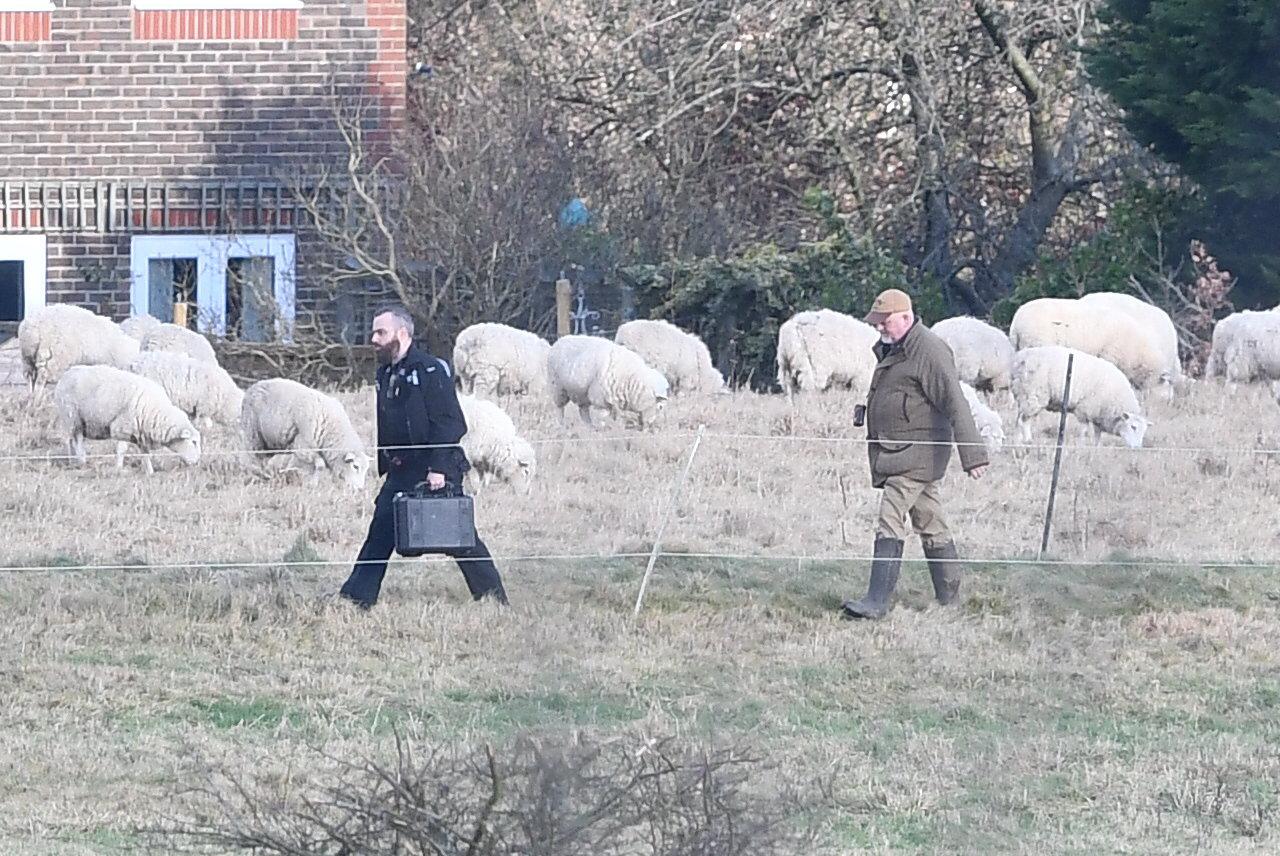 MONSTER ON THE STREETS

Chilling moment rapist carries woman along the streets before attack

A local told Newbury Today there was a police officer outside Beenham Primary School this morning informing people of the wolf scare.

He added: "I asked why they were there and she said a wolf had escaped because the wind had damaged the sanctuary.

"The sanctuary has been there for years, we all support it and even the school kids have an emblem of a wolf on their jumpers."

TORAK is a half North American, half European wolf.

Wolves can sprint at 35mph and cover 30 miles a day.

Wolves are reported to have killed eight people in Europe and 200 in South Asia since 1950.