Brussels takes control: May starts desperate tour of Europe as the EU prepares to impose a YEAR Brexit delay with a ‘stop Boris’ clause that will strip Britain of voting rights to prevent a new Brexiteer PM causing havoc

Theresa May is flying around Europe today to beg Angela Merkel and Emmanuel Macron for a short delay to Brexit – but the 27 EU member nations are set to impose a year-long extension with heavy restrictions including a ‘Boris-proof’ clause.

The Prime Minister is hoping that her cross-party talks with Labour will convince EU leaders to give her a short extension to Article 50 at a summit in Brussels in Wednesday, before Britain leaves the bloc with No Deal by default on Friday.

However the discussions with Jeremy Corbyn do not appear to be making any progress and EU leaders are growing tired of repeated extension requests.

They are preparing to impose a long delay to Brexit until around March 2020, are fearful that a new Brexiteer Prime Minister, such as Boris Johnson, could cause havoc within the EU during this time.

To counter this threat, the EU will ‘Boris-proof’ any Brexit delay and refuse to let the UK have any say in future EU budget talks and trade deals until Britain leaves, it was revealed today.

An EU diplomat told The Times: ‘If there is a wild Brexiteer as a new Tory PM, they would be able to do nothing until after March 31, 2020, unless they subscribe to the withdrawal agreement. We will simply not hold talks. If a new British leader refuses these terms it will simply be ‘no deal’ on the date with plenty of time for us to prepare.’

With the country headed for a lengthy Brexit delay, senior cabinet member Andrea Leadsom has gone rogue by urging Mrs May to beg Angela Merkel to re-open the Brexit deal and change the Irish backstop – which the PM and the EU has repeatedly said is impossible.

She said: ‘I think would be fantastic is if Angela Merkel will try to support a proper UK Brexit by agreeing to reopen the withdrawal agreement. There have been rumours over the weekend that some senior members of the German government would be willing to do that in order to get Theresa May’s deal over the line’.

Theresa May fired the starting gun on Britain’s participation in the European Parliament elections last night. Government officials formally triggered the elections for May 23 – at an estimated cost to the taxpayer of £108million – while the Tories launched a search for candidates. 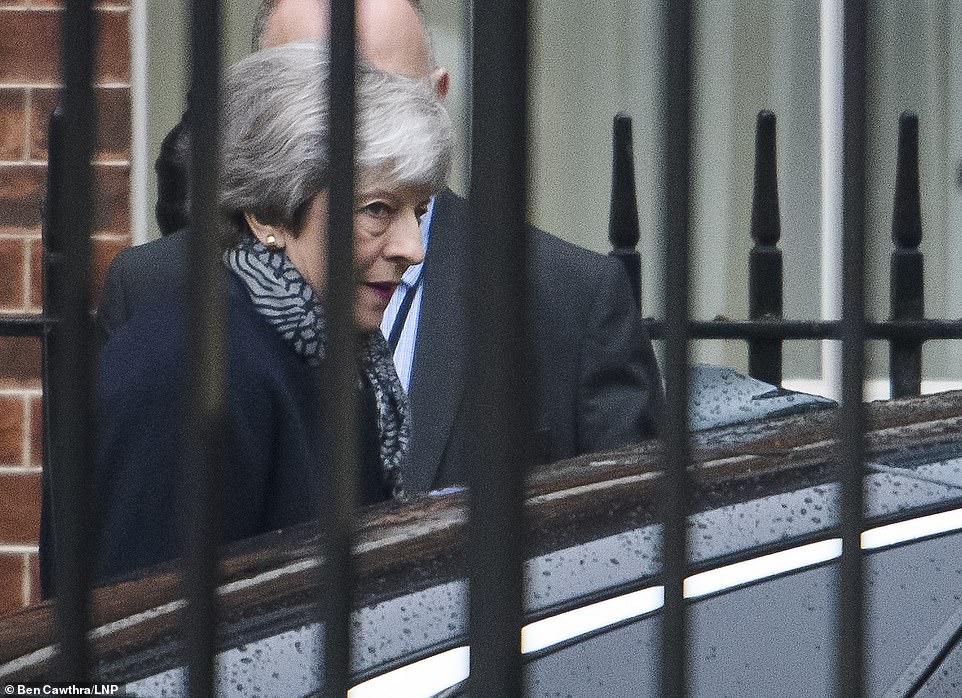 Theresa May leaves Downing Street to head to Germany and then France where she will meet with Angela Merkel and Emmanuel Macron for talks, four days before the UK is due to leave the EU 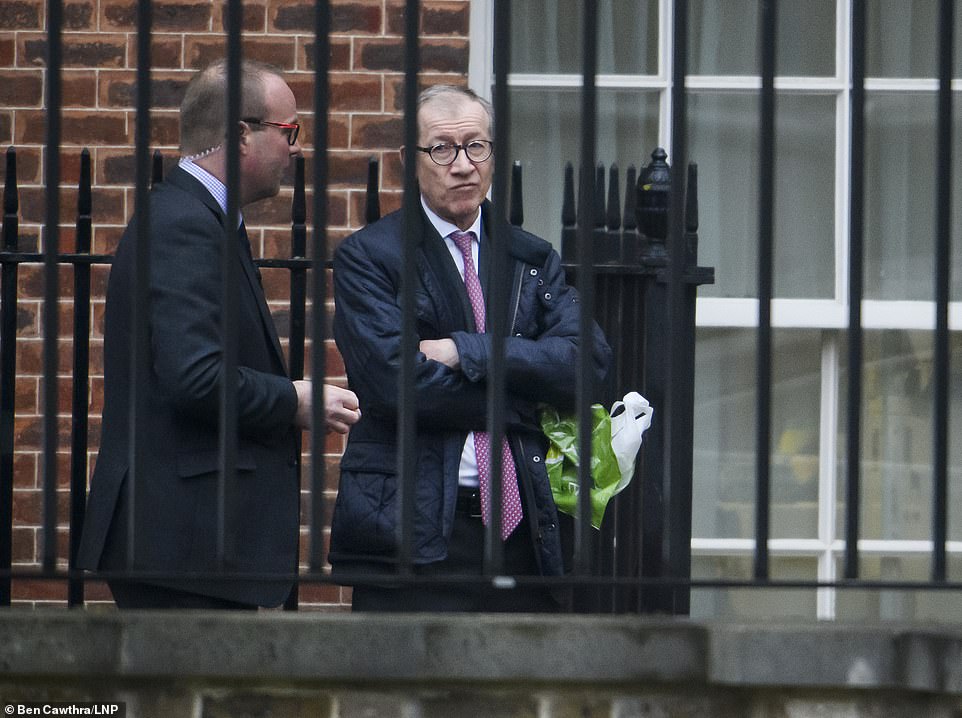 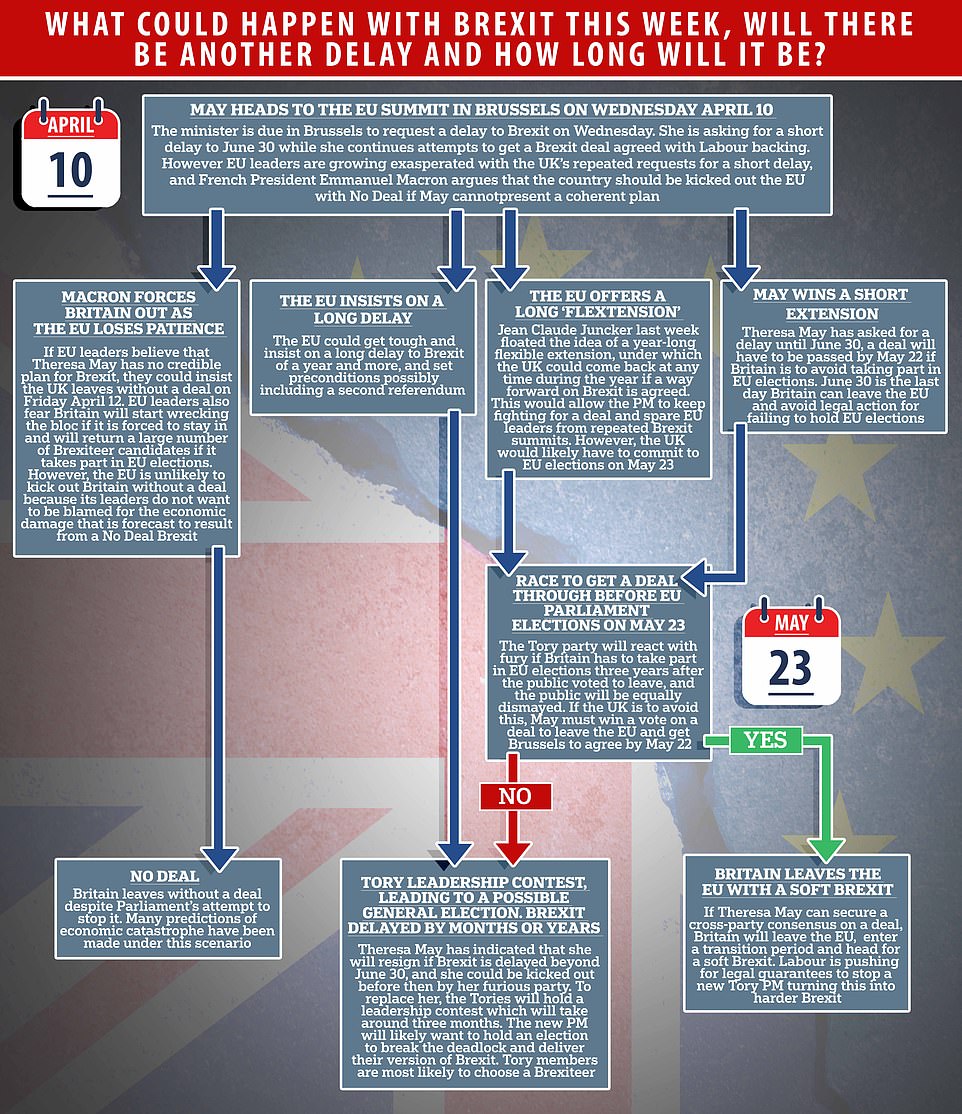 Only last month, the Prime Minister said it would be ‘unacceptable’ to take part in the poll, almost three years after the vote to leave the EU.

It is the clearest indication yet that Britain is facing a lengthy delay to Brexit, probably until the end of the year or possibly even longer.

WHAT HAPPENS NEXT WITH BREXIT?

The Prime Minister will fly to meet Angela Merkel in Berlin and then on to Paris to see Emmanuel Macron as she tried to convince European leaders to back her plea to extend Article 50 until June 30.

Donald Tusk says EU leaders should demand a delay until March 31, 2020 – but Mr Macron is said to be considering forcing the UK out of the EU unless they face ‘strict’ conditions.

Another summit with EU leaders – where May will ask for a new delay beyond April 12.

May’s new plan is to strike a cross-party consensus in London and persuade EU leaders it means the deal can be delivered in time for Brexit on May 22.

She may have to accept a longer extension that means holding EU elections, as Brussels has made clear this is a red line – and will take a decision on delay without Britain and it must be unanimous.

EU officials including Michel Barnier have warned that the risk of an accidental No Deal is increasing if May arrives with no plan.

Britain is due to leave the EU without a deal on this date if no delay is agreed.

Brexit talks with Labour will resume today despite a growing Tory backlash over the prospect of a compromise deal with Jeremy Corbyn, who also wants the PM to ‘Boris-proof’ any concessions.

The Tories are said to have agreed in principle to accept Labour demands that Britain will accept any new EU employment, environmental and consumer laws post-Brexit.

But Mrs May has not yet budged on accepting a full customs union, although she is apparently close to agreeing to letting MPs vote on whether to hold a second referendum.

The Prime Minister will tour European capitals including Berlin and Paris instead ahead of an EU summit on Wednesday.

May is asking the EU to delay Brexit until June 30, but she faces stiff resistance from EU leaders – especially Macron – who are growing tired of repeated delay requests and fear that Eurosceptic British politicians will try to wreck the EU from the inside if the UK stays in.

The summit on Wednesday in Brussels will decide whether Britain leaves the EU with No Deal by default on Friday, or a longer delay is granted.

Mr Macron wants to turn the screw on the UK by demanding ‘strict’ conditions if Article 50 is extended at a Brussels summit on Wednesday – or he will push for No Deal at 11pm on Friday.

Opinions on what Brussels should offer the UK differ – alongside Macron’s hardline, Jean Claude Juncker and Ireland are pushing for a year-long ‘flextension’ to March 31 2020 and May requesting a short delay to June 30.

The Prime Minister will also jet to Berlin today for emergency talks with Angela Merkel – and will be calling some of the other 27 EU leaders in the next 24 hours.

Macron could choose to say ‘non’ to Mrs May, as General Charles de Gaulle of France did twice when he vetoed Britain’s bid to join the EEC in the 1960s.

At the time it was claimed that de Gaulle was getting his own back for the wartime occasions when he had been snubbed by Churchill.

He argued that Britain was too subservient to its transatlantic alliance to be a loyal part of what he saw as a new European economic and political force. General de Gaulle resigned in 1969 – and Britain joined the EEC in 1973.

Yesterday ERG rebel Mark Francois today wrote a letter to 1922 Committee chairman Ian Brady demanding a vote of no confidence in Mrs May’s leadership on Wednesday at 3pm – just as she arrives in Brussels.

Mr Francois, a former TA officer who described his time as Europe minister as ‘his tour’, said today: ‘I believe May has been a failure as Leader of our Party, which she now threatens to destroy.

‘Hers is a classic example of hubris – and after hubris, comes nemesis and after nemesis comes psoriasis, the reason we’re itching to leave Europe’.

We will use your email address only for sending you newsletters. Please see our Privacy Notice for details of your data protection rights. Londoners came…