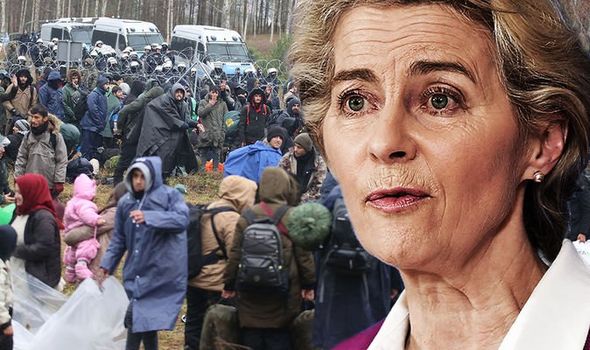 Hundreds of migrants have been seen trying to cross into Poland at the Poland-Belarus border, many reportedly from Asia and the Middle East.

The EU has accused Belarus’s authoritarian President Alexander Lukashenko of pushing the migrants towards the border in retaliation to sanctions imposed on Belarus because of the country’s fraudulent August 2020 elections.

Poland has responded to the influx of migrants by erecting a large wire fence, which some migrants have tried to force their way through.

There are reportedly between 8,000 and 22, 000 migrants from the Middle East now stuck in Belarus.

Reports from Minsk have stated that never before have there been so many migrants on the streets.

A group of 1,500 migrants have been sent to Belarus’ border with Poland, escorted by armed conveys, some have forcefully tried to cross the border.

Poland has deployed 12,000 soldiers to defend the border.

This video shows shots being fired at the Belarusian border. It is not clear who fired the shots but migrants are claiming it was Belarusian security forces