Speaking today, the director-general of the WTO Ngozi Okonjo-Iweala, voiced her concern over measures used to ensure vaccine supplies go to member states first, before leaving the EU. At an online event she said: “While we understand the politics of what they are doing – I have said openly I am disappointed, particularly in the fact that they extended it from March. “I am actively talking to them about how we can make sure this restriction can be dealt with.”

On March 11, the Commission extended the transparency and authorisation mechanism for vaccine exports.

What this did, was force vaccine suppliers who have a pre-agreement in place, to deliver to EU member states up to the number of vaccines included within the contract.

A coronavirus vaccine must also receive approval before leaving the bloc to be delivered to a non-EU state.

Initially put in place on January 30, the extension means measures will now last until June this year. 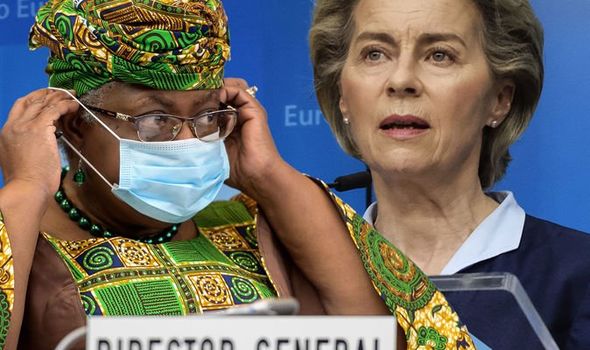 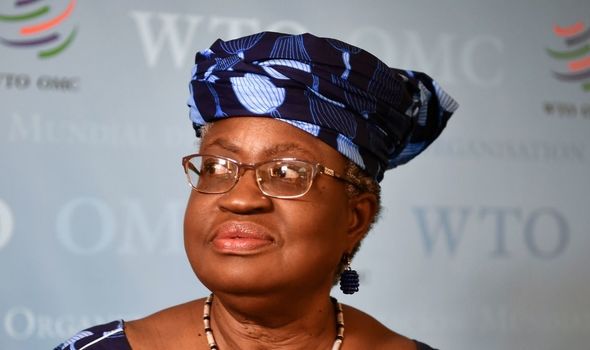 Despite international leaders claiming the fight against coronavirus is an international battle, Commissioner for Health and Food Safety Stella Kyriakides, claimed the measures taken will make companies fulfil their obligation to the EU.

Announcing the measures earlier this month, Ms Kyriakides said: “We expect companies with which we have signed a contract to fulfil their obligations towards EU citizens.

“The EU exports very significant volumes of COVID-19 vaccines, true to our commitment to global solidarity.

“Yet, not all companies are honouring their agreements with the EU despite having received a down payment to enable sufficient production. 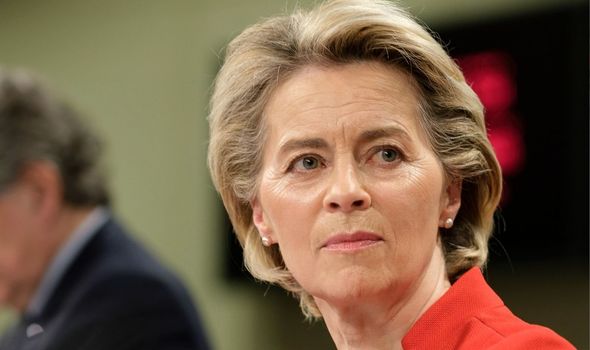 “We will insist that compliance is ensured and we will continue to work with companies to ramp up production in Europe as quickly as possible.”

Despite signing agreements for six vaccines, the EU has come under severe scrutiny over its threats to block exports.

Indeed, the mechanism was initially brought in after the EU threatened to invoke Article 16 of the Brexit deal to stop vaccine exports before rescinding the threat.

The EU once again reiterated this threat amid its row with AstraZeneca over its own vaccine. 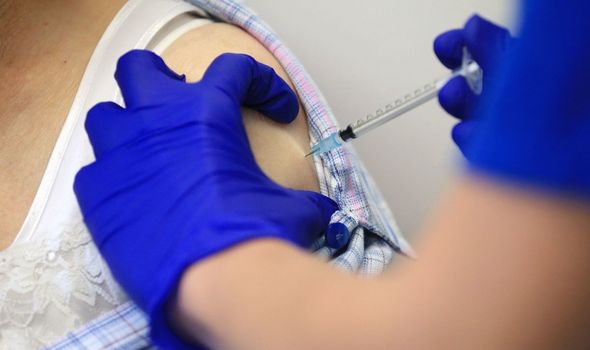 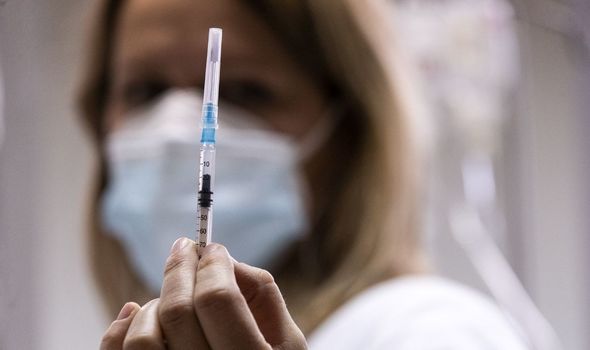 EU leaders will hold a summit on Thursday to discuss measures over vaccine exports, something Ursula von der Leyen has indicated is well within the bloc’s rights.

Ms von der Leyen said: “We have the option of banning a planned export.

“That’s the message to AstraZeneca: you fulfil your contract with Europe first before you start supplying to other countries.”

Her claims, however, have not been supported by some EU leaders with even Angela Merkel now claiming the EU must not block vaccine exports.

After a call with Boris Johnson, Ms Merkel said: “When it comes to vaccine production, there is a huge range of international interdependencies.

“You have to be very careful now about imposing general export bans – you have to take a very close look at the supply chains.

“We will make our decision in a responsible manner, and at the same time we will keep talking to the British government.”

Irish Prime Minister Micheal Martin also claimed any block on vaccine exports would be damaging for the EU. 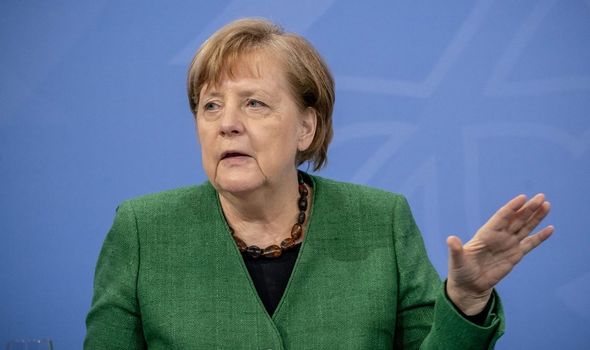 “We’d all lose in that situation, notwithstanding the frustrations with AstraZeneca.

“I’m very much against it. It would be a very retrograde step.