The border between Ireland and Northern Ireland has been one of the more contentious issues during the Brexit negotiations. After Prime Minister Boris Johnson announced the Internal Market Bill, Ireland’s Taoiseach Micheal Martin was quick to side with the EU in condemning the controversial proposal. The President of the European Council, Charles Michel, said last week that the bloc stands with Ireland, “especially” when it comes to the implementation of the withdrawal agreement and Northern Ireland protocol.

The Internal Market Bill, if it passes into law, will undermine the withdrawal agreement’s Northern Ireland protocol by ensuring there is unfettered access between all four UK nations after Brexit.

The proposed legislation therefore infuriated the EU as Northern Ireland was supposed to follow the same trade regulations and the Republic to prevent violence returning to the border.

Throughout the Brexit negotiations, the EU has tried to look after Ireland’s interests, leading some critics to acknowledge the Emerald Isle’s diplomatic abilities.

The Economist called it a “superpower” nation back in July and noted: “The EU’s position on Brexit was shaped by Irish diplomats.” 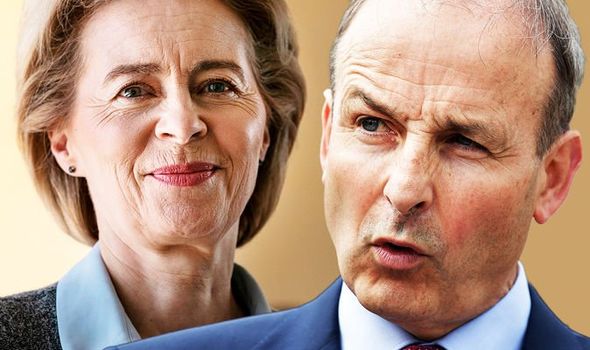 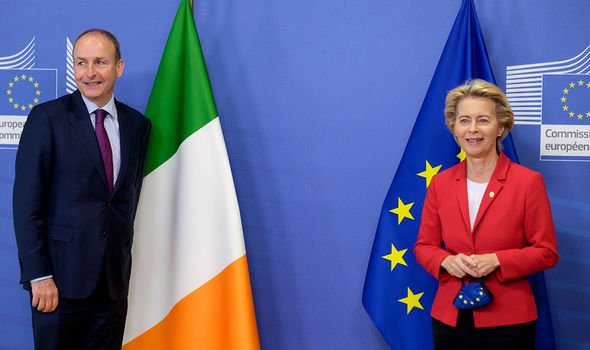 The Guardian also claimed that “Ireland’s influence over the EU’s Brexit stance is immense”.

However, commentator Brendan O’Neill dismantled this claim and suggested Ireland had actually just let the EU get its way.

He explained that “Ireland is currently being hounded by European institutions over its corporation-tax policy”, because it has the second lowest corporation tax in the EU.

Writing in Spiked! in July, Mr O’Neill also pointed out: “A country deeply indebted to foreign forces (Ireland still owes an eye-watering €180billion [£163billion] to the EU) is not a superpower. 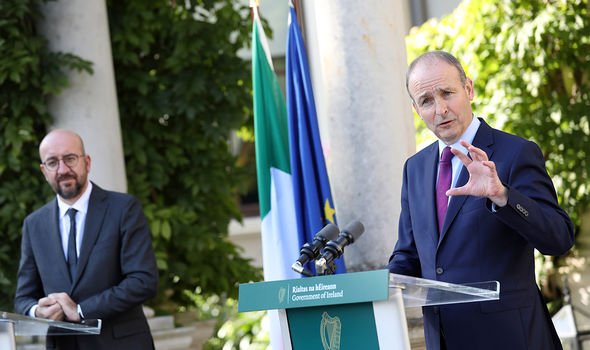 “A country that the opinion-formers of the capitalist class can pat on the back for being a ‘star pupil’ because it has masochistically slashed its economic ambitions to please big banks in other countries is not a superpower.

“Such a country is not even truly sovereign.

“The truth about Ireland in the modern era is that it has allowed much of its political and economic life to be recolonised, to be bent to the whims and needs of an external power – not Britain this time, but Brussels.”

The Economist also warned “a crackdown on Ireland…is still brewing” if the nation does not increase its tax laws for corporations, contradicting the idea that it is a “superpower”.

Ireland’s debt has been a source of concern for some time. 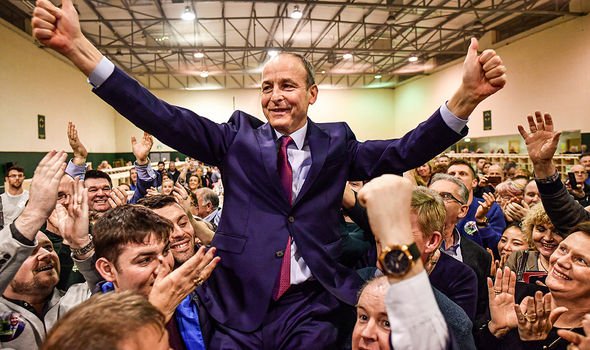 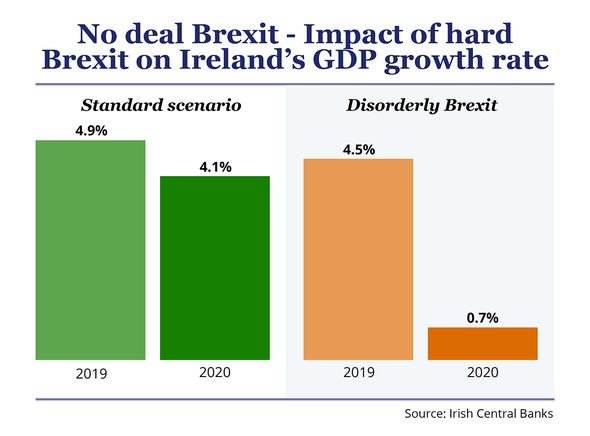 The Irish Times reported in 2018 that Ireland has more debt per person than any other country in the eurozone.

The Irish Department of Finance claimed in 2018: “Public indebtedness remains high in Ireland, both by historical and international standards.”

Mr Martin was criticised for potentially worsening this situation recently, too.

The EU settled upon a “historic” €750billion deal which would help nations badly hit by the pandemic back in July.

This means Ireland will have to contribute €2.7billion towards the bloc’s budget this year, up from €2.4billion last year.

However, Ireland accounts for less than one percent of the EU’s population but is set to be the fifth largest contributor to the bloc’s bailout in 2028.

As Mr O’Neill wrote: “In truth, the EU has used Ireland as a weapon against the British people’s democratic vote to leave the EU, marshalling Irish concerns to try to weaken Brexit and stymie Britain’s demand for greater independence.”