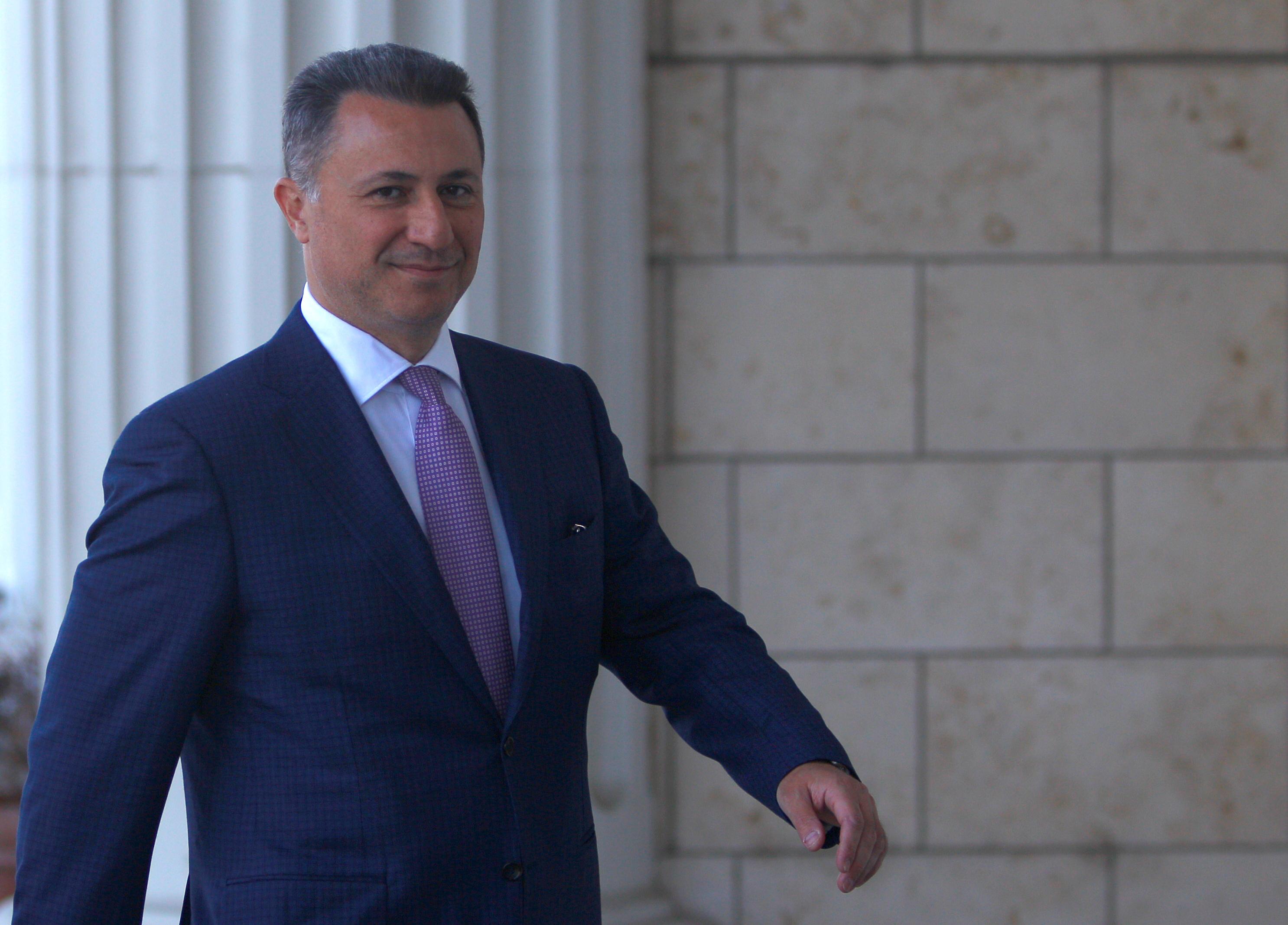 Gruevski, who resigned in 2016 after 10 years in power, fled his Balkan homeland six months after being sentenced to two years in prison on corruption-related charges.

Macedonian police issued an arrest warrant for him after he failed to show up to begin his sentence following a Nov. 9 court ruling against his motion for a reprieve.

Gruevski’s refugee status application could put Hungarian Prime Minister Viktor Orban in a tight spot. He supported the fellow nationalist Gruevski in the run-up to Macedonia’s 2017 election and praised his party’s efforts in halting migrants passing through the Balkans northwards toward Western Europe.

A senior Hungarian official declined to say in which country Gruevski had first sought Hungarian asylum or how he later made his way to the Immigration and Asylum Office in Budapest where he submitted documents and secured a hearing.

“According to my knowledge he made a statement regarding threats to his safety … that justified that his hearing should be conducted not in a transit zone but in Budapest,” said Gergely Gulyas, Orban’s cabinet chief.

Speaking to reporters, Gulyas would not say whether the Hungarian government was involved in helping Gruevski get to Budapest or whether he arrived by land or air. He said Hungary played no role in Gruevski’s exit from Macedonia.

Police in Albania, which borders Macedonia, said later on Thursday that Gruevski had crossed Albanian territory into Montenegro to the north on Sunday evening as a passenger in an Hungarian embassy car. It was unclear whether Gruevski then transited Serbia to reach Hungary further north.

Albanian police said Interpol notified them of an arrest warrant for Gruevski only on Tuesday, when the ex-premier announced on his Facebook page that he was in Budapest and seeking asylum.

Gulyas said Budapest had not yet received an official request from Macedonia to extradite Gruevski, adding Hungary would act “in line with the laws” if that happens. He said there was an extradition agreement between the two countries.

Asked if Gruevski was being protected by Hungarian authorities, Gulyas said Budapest had applied “the appropriate security protocol”, and was assured he would not leave the country. Gruevski had not met Orban this week, he added.

On Wednesday, a Fidesz party spokesman said Gruevski was a politician who was being persecuted by Macedonia’s leftist government. Gulyas declined to comment on this.