A former miner who lived on the same road for 101 years has died of coronavirus months after his whole street turned out to sing him Happy Birthday.

Harold Reed passed away on Christmas Eve after battling the virus in a care home in Dover, Kent.

He had lived on Dickson Road in Tower Hamlets, east London, his whole life before moving to the facility in May.

Mr Reed made headlines when a video emerged of him being sung Happy Birthday by his neighbours while he was shielding in April. 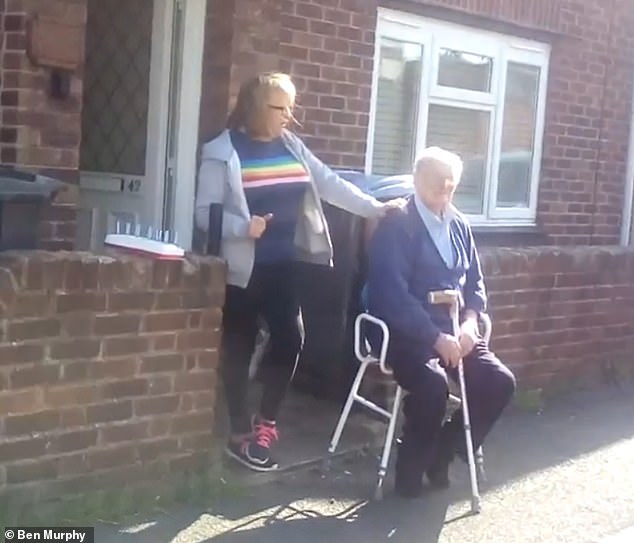 Harold Reed passed away on Christmas Eve after battling the virus in a care home in Dover, Kent

His son Victor told KentOnline: ‘He never needed to leave Dickson Road and he loved it there.

‘Neighbourhoods are different now but he knew every person who lived in that street in the late 50s and early 60s.

‘All in all, dad had a very happy and fulfilled life and his memories will continue with his family for many years to come.’

In the video from April, Mr Reed sat outside his front door on the seat of his walker to greet his neighbours.

One, June Murphy, said: ‘Harold is loved and respected by us all. I am honoured to know this guy. He has my greatest respect.’

Mr Reed smiled as his neighbours burst into a rowdy rendition of Happy Birthday To You. 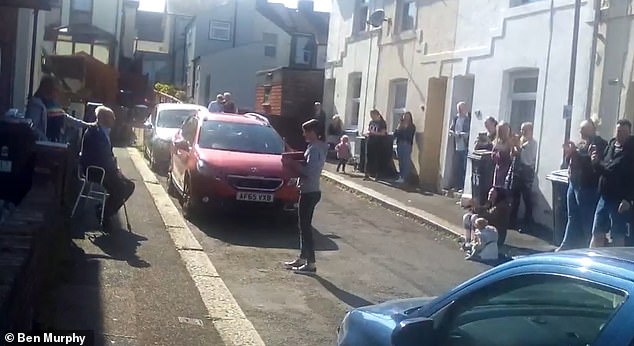 Mr Reed sat outside his front door on the seat of his walker to greet his neighbours on a street in Dover, Kent, in April

Those who lived on the street stayed at a distance as they all wished him well on his 101st birthday.

At the end of the song the crowd cheered and Mr Reed gave them all a round of applause.

An elderly lady and another woman handed him his birthday cards and he wiped a tear from his eye.

Mr Reed was born just after the end of the First World War, in 1919, and had nine siblings.

But they lost their father when he was 12 and his school headmaster let him drop out to find work and help his family.

He worked at Alston’s tailors in Dover as a packing and delivery man before being a minor at the Kent Coalfield by the start of the Second World War.

He was never deployed to fight in Europe because his job meant he was needed at home. But he did join the Home Guard and was stationed at Dover Harbour.

Mr Reed later became a roofer and tiler for a company called John Williams, which he did until he was 69. 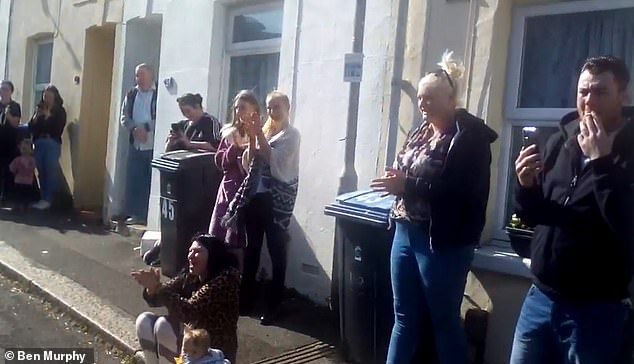 Victor and Brian said he had been health for most of his life but his eyesight and mobility started to go six years ago.

The brothers’ wives, Mandy and Sharon, looked after Mr Reed until he went into Alandale Residential Home in Whitfield.