An exam board has removed the word ‘blacklist’ from its computer science GCSE due to concerns that the term could be considered racist.

AQA told the Times it would be removing the term from its specification for 2024 exams onwards following advice from the National Cyber Security Centre (NCSC), a branch of GCHQ dedicated to cyber security.

Blacklist is a commonly used cyber security term used to describe a list of suspicious or malicious entities such as viruses, spyware and other kinds of malware. A whitelist is the opposite- containing everything that is allowed.

The NCSC said this equates white with good and safe and black with bad, dangerous and forbidden. It has instead opted to use deny-list and allow-list. 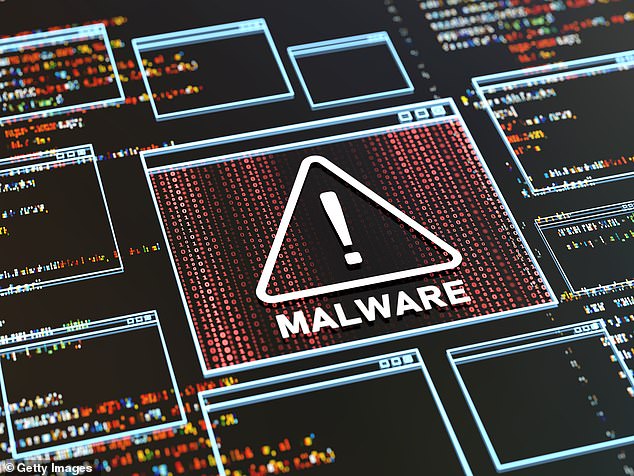 AQA is removing the term ‘blacklist’, which describes a list of suspicious or malicious entities such as viruses, spyware and other kinds of malware, from its computer science GCSE. (Stock image)

And now exam board AQA will be following suit, with a spokesperson saying: ‘It’s a small but significant change, and is part of our on-going commitment to constantly learn and improve, and ensure equality, diversity and inclusion in our qualifications.’

AQA is following the example of not only the NCSC but also the developers of Chromium- the open source codebase that underpins Google’s Chrome browser and Microsoft Edge- who announced in 2019 that they would be using ‘blocklist’ and ‘allowlist’ since blacklist and whitelist reinforced the notion that black is bad and white is good.

But Eric Kaufmann, professor of politics at Birkbeck College, University of London has described the decision by AQA as ‘regressive’, saying it ‘seeks to police language in the name of preventing offence to a historically marginalised group’.

He claimed there has been a social construction that the term ‘blacklist’ is offensive, adding: ‘There is no evidence presented that the terms are offensive and no evidence that they do any harm. Just a conspiracy theory of “systemic racism” or critical race theory.’