WASHINGTON (Reuters) – The Trump administration is considering imposing sanctions on Cuban military and intelligence officials who it says are helping Venezuela’s socialist government crackdown on dissent, according to a source with knowledge of the deliberations. 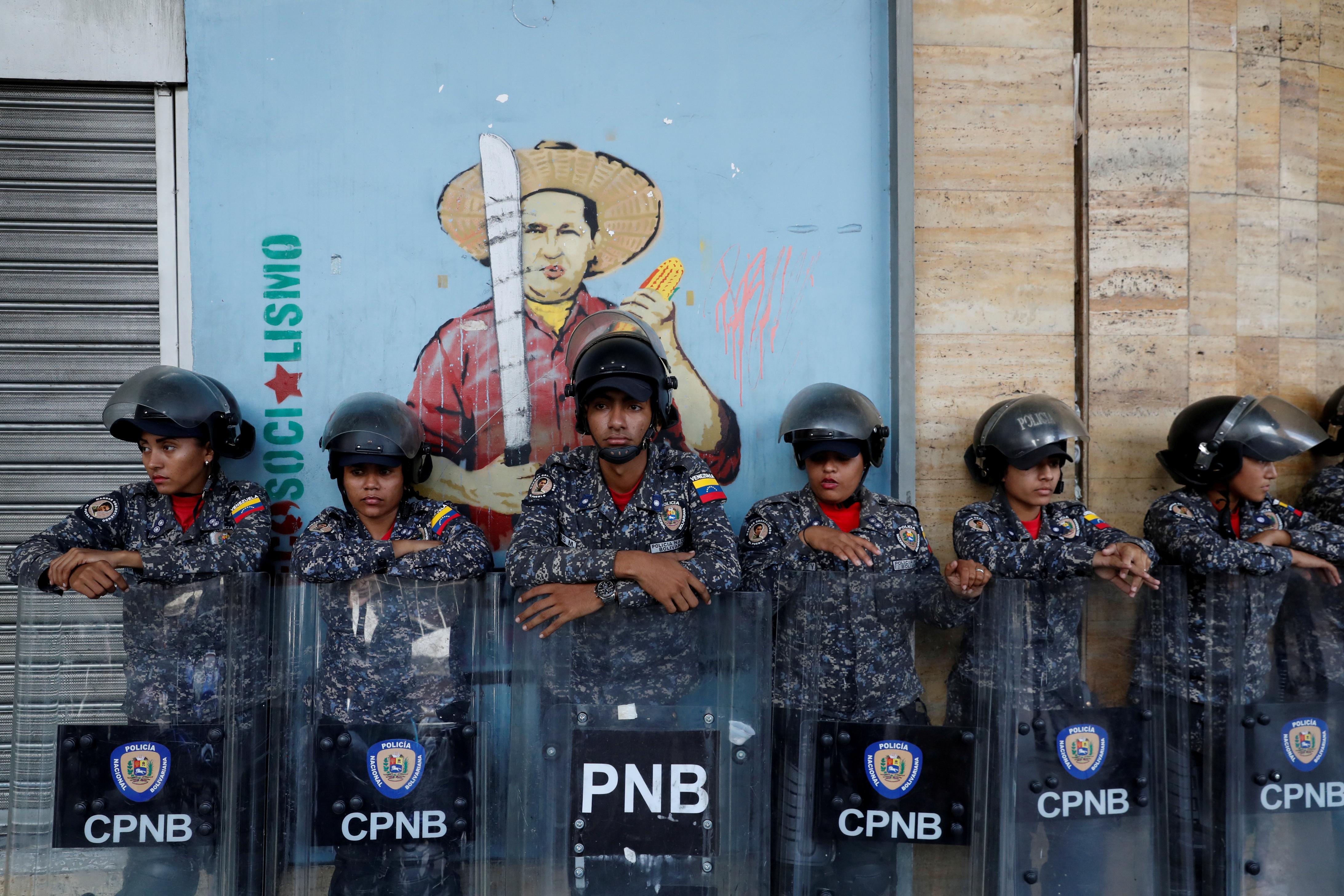 Such sanctions would be the first time Washington has targeted a bloc of foreign officials allied with Venezuelan President Nicolas Maduro. OPEC member Venezuela is in the grips of a prolonged recession, its economy dogged by hyperinflation and food shortages.

The White House declined comment in response to Reuters questions about possible Cuba sanctions. The Cuban and Venezuelan governments did not immediately respond to requests for comment.

U.S. President Donald Trump’s Republican administration has already imposed sanctions on dozens of Venezuelan officials, and has sought to disrupt the country’s growing gold exports and access to external financing as part of a pressure campaign against Maduro.

The potential human rights-related sanctions would target Cuban officials, possibly including generals, who Washington accuses of advising Venezuela’s government on how to monitor opponents and put down street protests, the source said.

The number and identities of the potential targets was unclear. No final decision has yet been made on whether and when to impose the sanctions.

The measures would cast a further chill on U.S.-Cuba relations, where Trump has rolled back some of former President Barack Obama’s moves aimed at forging closer ties, and also fuel Maduro’s assertion that Washington is bent on undermining his government for ideological reasons.

Cuba and Venezuela became close allies under the rule of late Presidents Fidel Castro and Hugo Chavez. Since a series of bilateral agreements in 2000, the Communist island’s economy depends heavily on Venezuelan crude oil, which Havana compensates for by providing Venezuela with Cuban doctors and other services.

The United States and Venezuelan opposition politicians have long maintained that Cuban military and intelligence officials advise Maduro’s government and security forces on the crackdown.

While Maduro often travels to Havana and the Cuban ambassador is a frequent guest at government meetings in Caracas, the extent of Cuba’s influence on and support for Venezuela’s government and military is not publicly known.

There are questions about how effective measures targeting Cuban officials would be.

Human rights-related sanctions typically freeze assets, seize property, block travel in the United States and prohibit U.S. business dealings with the targets. However, given Washington has maintained a six-decade financial and trade embargo on Cuba, few if any Cuban officials are believed to have a sizeable financial presence in the United States.

In the past, Maduro has blasted sanctions as “imperialist” moves designed to complicate financial transactions, including food imports and bond payments. He has also derided U.S. sanctions on himself and other Venezuelan officials as ineffective and a badge of honor.

Maduro’s government has been criticized by Washington, the European Union and Latin American neighbors for overriding Venezuela’s opposition-led Congress, jailing opponents, using excessive force against protesters and failing to allow the entry of foreign humanitarian aid to ease the economic crisis.

The Trump administration has in the past floated the idea of sanctions that were not ultimately rolled out, and Washington has stressed it wants to minimize harm to Venezuelan people.

Asked about possible sanctions on Cuban officials, a senior U.S. government official told Reuters in early November: “We are looking at all the potential avenues to deter those who are really helping the Maduro regime stay afloat and giving them the tools they need for repression.”

“The Venezuelan regime’s repression is of course enabled by the Cuban dictatorship,” Bolton said during a speech in Miami, home to a diaspora of Venezuelans and Cubans who have historically been a bedrock of Republican support in swing state Florida. 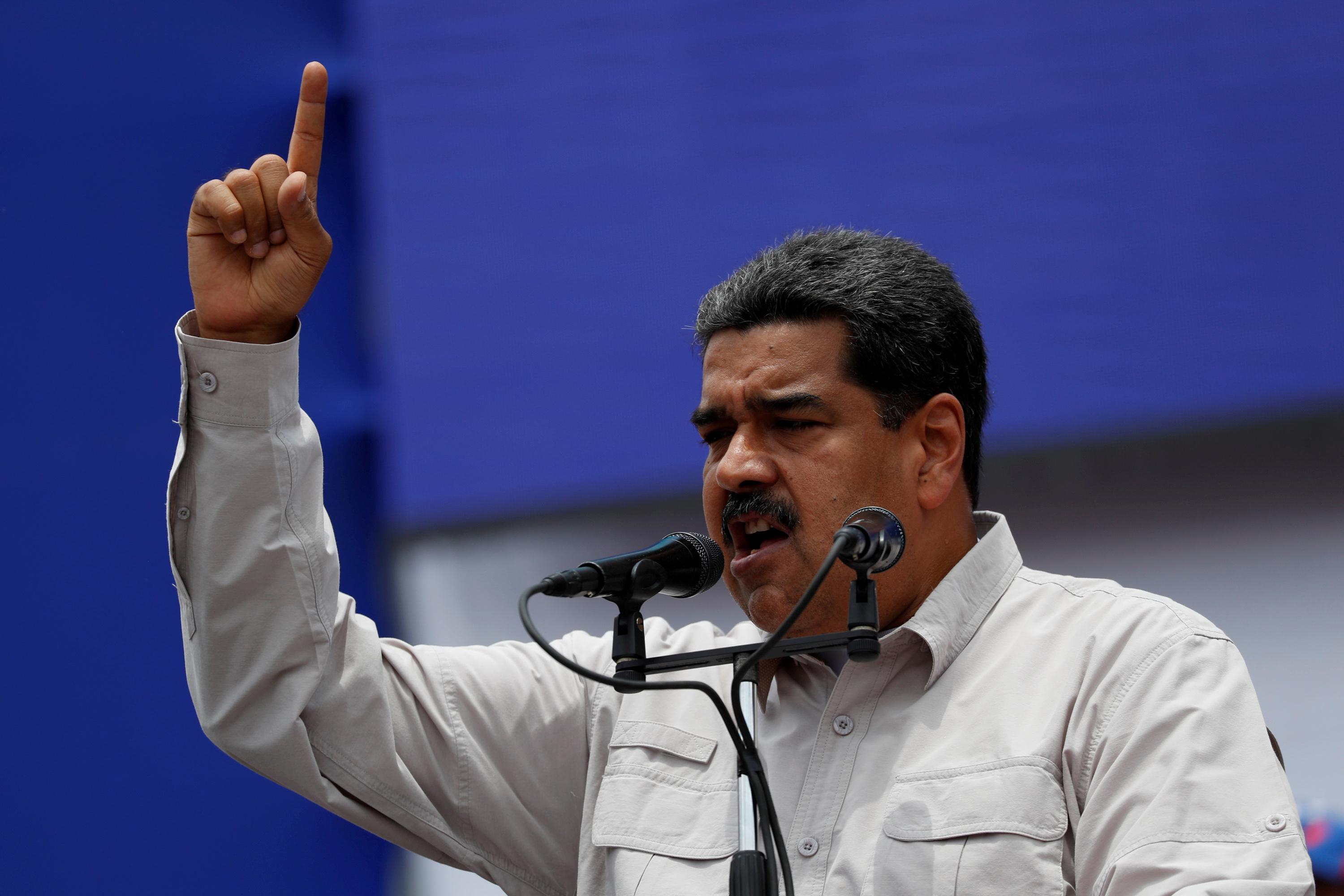 “The United States calls on all nations in the region to face this obvious truth, and let the Cuban regime know that it will be held responsible for continued oppression in Venezuela,” Bolton said.

Trump’s top Latin America adviser, Mauricio Claver-Carone, is a Cuban-American who was opposed to Obama’s historic opening to Cuba after a 2014 diplomatic breakthrough between the two Cold War foes.

“There is an important Cuba angle to the Venezuela crisis,” said Michael McCarthy, a research fellow at American University who studies Latin America. “The question is whether a forceful persuasion strategy that goes regional by pressuring Cuba generates constructive engagement or pushback.”