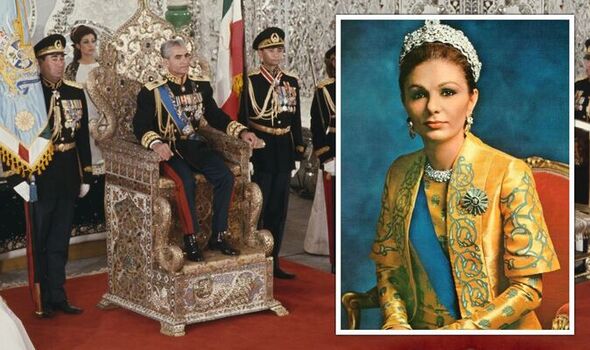 Farah Pahlavi will argue that the basis of the Islamic Republic’s takeover in 1979 was illegal, rendering her position of “Shahbanu”, or Empress regent, as the only legitimate head of state under Iran’s 1906 Constitution.

Exiled in Paris for more than 40 years, the 83-year-old is believed to be concerned about the regime’s march to secure nuclear weapons -which she feels will happen with or without a nuclear deal – with one close aide last night saying: ”She feels that, if not now, then when?”

Plans will include the establishment of a series of rival diplomatic missions, initially in Saudi Arabia and neighbouring states which signed up to the 2020 Abraham Accords with Israel brokered by former US President Donald Trump.

It was not clear last night whether and to what extent Arab nations will be helping to bankroll the move but a visit to Israel later this year, where she has been offered a private invitation to address the Knesset, is on the cards. 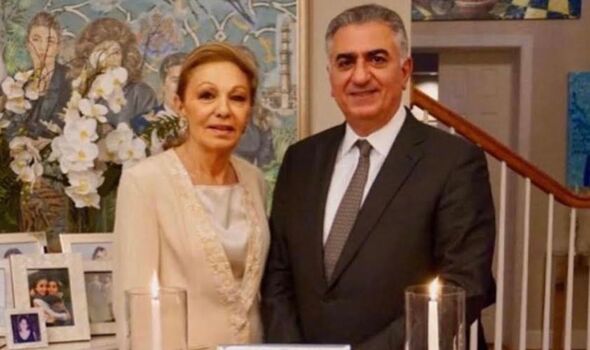 The plans were last night confirmed by one Farah’s closest aides, Firouzeh Ghaffarpour, who told the Sunday Express: “Her Imperial Majesty has, like her son His Royal Highness Crown Prince Reza, been very aware of the dissatisfaction by Iranians living under this brutal and dictatorial regime. That concern has increased with Tehran’s ambitions to build nuclear weapons which she feels will continue even if a deal is struck once more with the US.

“Her Imperial Majesty is 83. Her view is that, if she does not act now, then when?”

Ms Ghaffarpour said that only Farah had the legitimacy to ensure there was no power vacuum should the regime fall, adding that she would “leave it to the people of Iran to decide” whether they wished for the restoration of a Constitutional Monarchy or for Iran to become a secular republic.

She added: “Her Imperial Majesty feels that her popularity in Iran, where people still chant the Pahlavi name remains such that this would finally present Iranians with an alternative they would welcome, a Constitutional Monarchy which adheres deeply to the principles of democracy, due process and human rights and offer both regional and international stability.

“The people of Iran, whom she continues to love, support and speak with, want this and deserve this.” 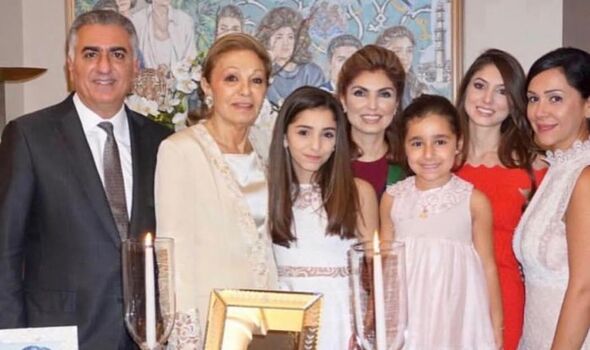 While the Shah’s eldest son, the California-based Crown Prince Reza, has been consulted, his publicly-stated disinclination to wear the crown means that Farah is likely to appoint his sister, 59-year-old Crown Princess Farahnaz Pahlavi, to the Peacock Throne to oversee any transition should the current regime fall.

The revelations follow hints made by Farah herself in recent interviews, where she spoke of returning to a “free Iran” before her death.

“After so many years and after all that was said against us, many of those who opposed us at the time have understood what the Shah has done for our country. And the most important thing is that Iranians born after 1979 also learn this today,” she told the Italian newspaper Libero recently.

“A strong feeling of sympathy and love is mounting, in recent months in Iran there have been numerous street demonstrations, where young people were chanting a loud voice: ‘Reza Shah roohat shad’ (Reza Shah may your spirit be happy).

“Think about how stable and prosperous Iran was once and what situation it is in today under the regime of the ayatollahs. More than a few now realise how much good was done in the time of the Pahlavis. “

While the news is likely to be met with public derision by both Iran’s Supreme Leader Ayatollah Ali Khamenei and President Ebrahim Raisi’s government,  nostalgia for the overthrown Pahlavi dynasty has steadily increased among Iranians in the decades since the mullahs took power.

According to a June poll of Iranians by Bayan Media, Farah Pahlavi remains a strong favourite among opposition groups calling for the end of the regime, with 70 percent of Iranians aged 28 – 40 saying they trust her to oversee the country’s transition into a real democracy.

Farah Diba, as she is known, has always been popular in Iran, credited as the engine for many of the Shah’s reforms, particularly in women’s rights.

The young architecture student was only 21 when she became the Shah’s third wife, having met him during a royal visit to Paris where she was studying.

A carefully choreographed courtship, encouraged by the Shah’s eldest daughter Shahnaz Pahlavi, led to marriage in 1959 and the birth of the 40-year-old Monarch’s first male heir, Crown Prince Reza,  the following year.

Facing an army mutiny and with revolutionary fervour from religious and left-wing factions growing, the Shah left Iran for the last time in January 1979. Just two weeks later the cleric Ayatollah Khomeini returned to Iran from exile in Paris to coordinate an Islamic take-over.

According to sources close to the couple, Farah offered to stay behind as Regent – a move, which many analysts believe might have diluted support for the mullahs.

But the idea was rejected by the Shah who, fearful her popularity had eclipsed his own, told her: “You don’t have to be Joan of Arc”.

Speaking last night Catherine Perez-Shakdam, of the Henry Jackson Society think-tank said:  “Farah has remained active behind the scenes in supporting her people and their cry for freedom and democracy through her philanthropy and, despite the regime’s claims to the contrary, she has continued to speak to Iranians in Iran through email and social media platforms.

“There has been a trajectory from Iranian monarchists which has pointed directly to her: she is the one with the constitutional power, having been made regent by her husband until a successor is crowned in Iran.

“I think she was just waiting for the right opportunity and time to use the power of her voice.

“Given the regime’s increasing crackdown against growing popular dissent – with people literally calling her name in the streets – the urgency of nuclear talks and the increase of IRGC activity abroad with assignation attempts, it makes sense that she is making this stand now.”