Experts call for a ‘rethink’ over rules which mean Prince Harry, Prince Andrew and Princess Beatrice could stand-in for King Charles III

Experts have called for a ‘rethink’ over rules which mean Prince Harry, Prince Andrew and Princess Beatrice are now among the stand-ins for King Charles.

If the monarch is ill or abroad, they are among five ‘Counsellors of State’ who can act for him – despite none of the trio being working royals.

The Queen’s loyal daughter Princess Anne and son Prince Edward are not on the list.

The counsellors are the sovereign’s spouse, the Queen Consort, followed by the next four people over the age of 21 in the line of succession. These are Prince William, the Duke of Sussex, the Duke of York, and Beatrice, 34, who can take on the monarch’s duties despite being ninth in line to the throne.

But none of the last three is a working royal, while the idea of disgraced Prince Andrew or US-based Prince Harry stepping into King Charles’s shoes has raised eyebrows.

Beatrice moved up the list to join the five counsellors of State upon the death of the Queen. 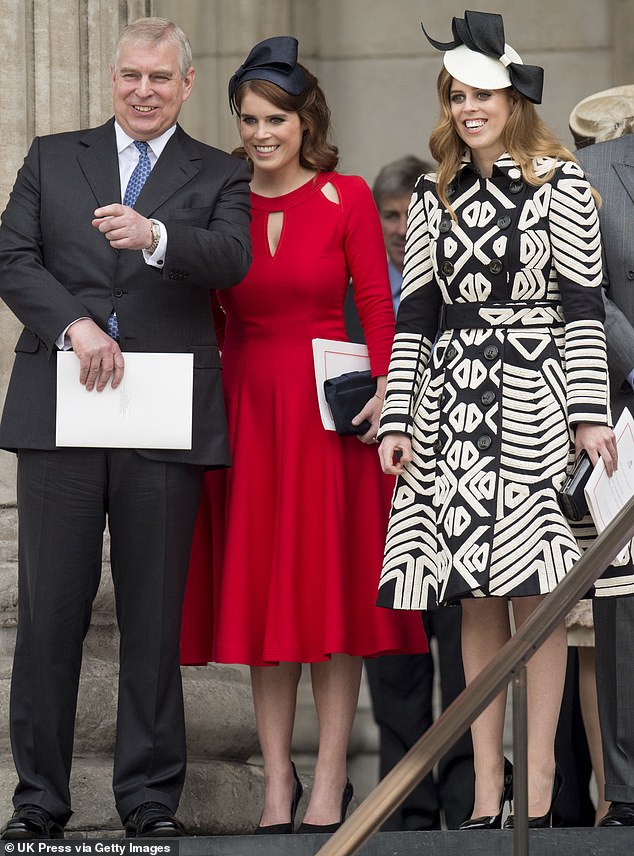 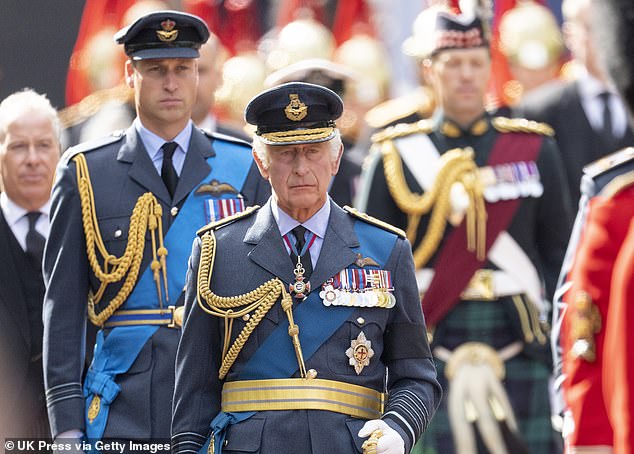 It is rare for Counsellors of State to be needed. But in May, Charles and William stood in for the Queen at the State Opening of Parliament. Pictured: King Charles III and Prince William, Prince of Wales during the procession of the coffin of Britain’s Queen Elizabeth as it moved from Buckingham Palace to the Houses of Parliament for her lying in state on September 14

Princess Anne, who is one of the hardest working royals and was exceptionally close to her mother, is 16th in line to the throne, while Prince Edward is 13th.

It is rare for Counsellors of State to be needed. But in May, Charles and William stood in for the Queen at the State Opening of Parliament.

Royal expert Richard Fitzwilliams said that even before the Queen died, the situation was ‘extremely unsatisfactory’, as Andrew and Harry were both unlikely to be called upon to act as a counsellor, which left just Charles and William to deputise.

He said: ‘What it needs is a radical rethink. What you need is someone like the Princess Royal or the Earl and Countess of Wessex. I would have thought that was a more practical solution to this because they’re all senior working royals and there is no controversy.’

Thomas Mace-Archer-Mills, founder and director of the British Monarchists Society, said: ‘Princess Anne is continuously one of, if not the hardest-working royal. She is proven reliable, trustworthy, and duty-bound. The rules as they apply now are fair going forward, but Anne deserves it.’