NEW YORK (Reuters) – U.S. President Donald Trump’s administration is expected on Thursday to trigger a process aimed at restoring all U.N. sanctions on Iran after the U.N. Security Council rejected a U.S. bid to extend a conventional arms embargo on the country. 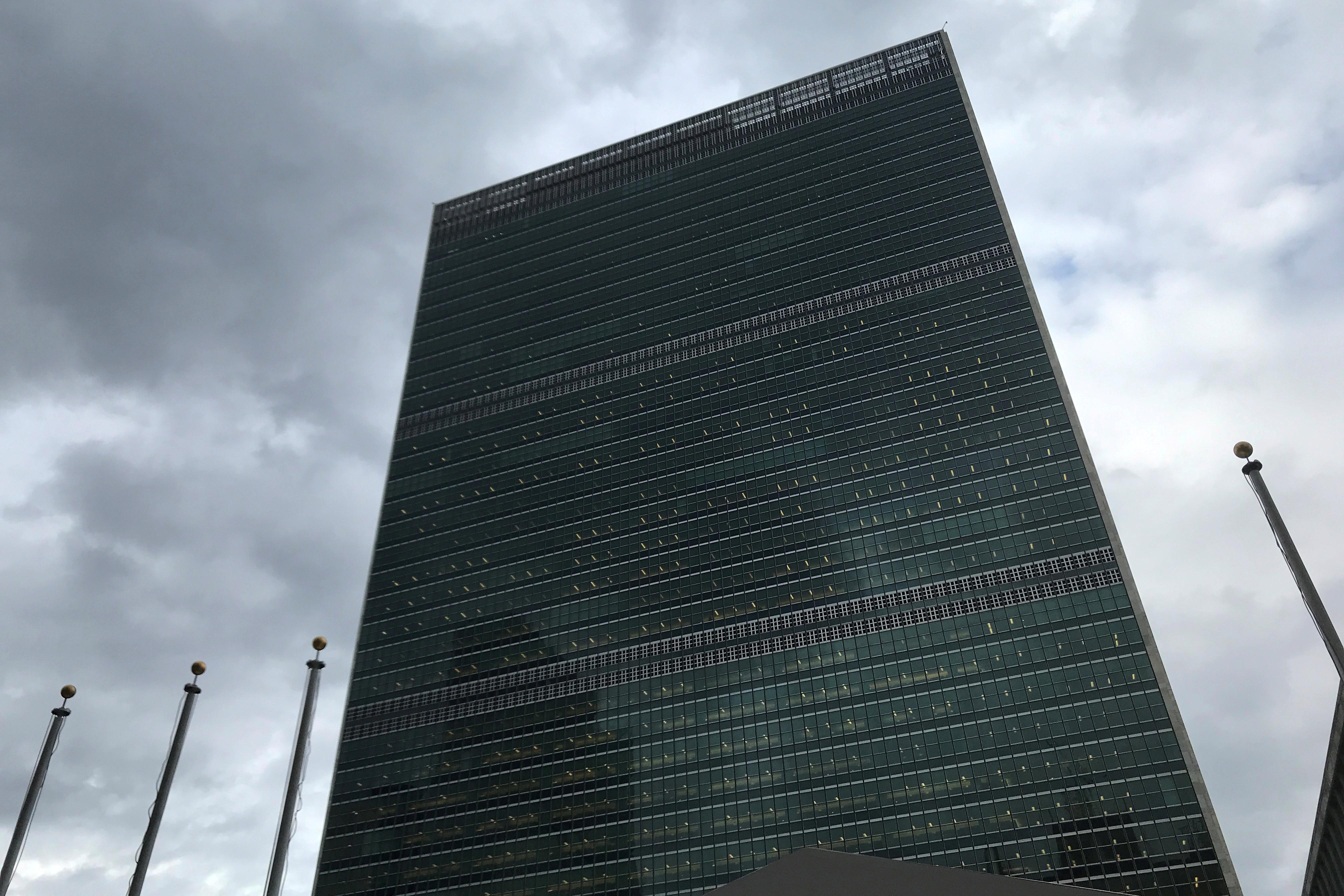 Here is a look at the events leading to this showdown and an explanation of what could happen next.

WHY IS THE ARMS EMBARGO ON IRAN EXPIRING?

The Security Council imposed an arms embargo on Iran in 2007.

The embargo is due to expire in mid-October, as agreed to under the 2015 nuclear deal among Iran, Russia, China, Germany, Britain, France and the United States that seeks to prevent Tehran from developing nuclear weapons in return for economic sanctions relief. That accord is enshrined in a 2015 Security Council resolution.

In 2018, U.S. President Donald Trump quit the accord reached under his predecessor Barack Obama, calling it “the worst deal ever.”

The United States failed on Friday in a bid to extend the Iran embargo at the Security Council.

WHAT DOES THIS MEAN FOR THE 2015 NUCLEAR DEAL?

Even though the United States has withdrawn from the nuclear deal, Washington has threatened to use a provision in the agreement to trigger a return of all U.N. sanctions on Iran if the Security Council does not extend the arms embargo.

While diplomats have predicted that the so-called sanctions snapback process at the Security Council would be messy – with the remaining parties to the nuclear deal opposed to such a move – it could ultimately kill the nuclear deal because Iran would lose a major incentive for limiting its nuclear activities.

After the United States quit the deal, it imposed strong unilateral sanctions. In response, Iran has breached parts of the nuclear pact.

Iran’s Foreign Minister Mohammad Javad Zarif has described the next few weeks and months as critical.

WHAT SANCTIONS WOULD SNAP BACK?

A snapback of U.N. sanctions would require Iran to suspend all nuclear enrichment-related and reprocessing activities, including research and development, and ban imports of anything that could contribute to those activities or to the development of nuclear weapon delivery systems.

It would reimpose the arms embargo, ban Iran from developing ballistic missiles capable of delivering nuclear weapons and bring back targeted sanctions on dozens of individuals and entities. Countries also would be urged to inspect shipments to and from Iran and authorized to seize any banned cargo.

HOW DOES THE UNITED STATES TRIGGER A SANCTIONS SNAPBACK?

The United States would have to submit a complaint about Iran breaching the nuclear deal to the Security Council.

The council would then have to vote within 30 days on a resolution to continue Iran’s sanctions relief. If such a resolution is not adopted by the deadline, all U.N. sanctions in place before the 2015 nuclear deal would be automatically reimposed.

Trump said the United States was likely to submit its complaint this week.

CAN THE U.S. EFFORT BE STOPPED?

It was not immediately clear how Russia, China or any other Security Council members might try to stop the United States from triggering a sanctions snapback or if procedurally there is any way they can.

Diplomats have said several countries are likely to argue that the United States legally could not activate a return of U.N. sanctions and therefore they simply would not reimpose the measures on Iran themselves.

Three senior Iranian officials told Reuters this week Iran’s leadership is determined to remain committed to the nuclear deal, hoping that a victory by Trump’s political rival Joe Biden in the Nov. 3 presidential election will salvage the pact.

Democrat Biden has said he would rejoin the nuclear deal, but only if Iran first returned to compliance. The accord was agreed by former U.S. President Barack Obama’s administration, when Biden was vice president.