The abuse by our politicians of taxpayer funded resources to branch stack and engage in other political skulduggery for their own benefit is an old problem. So too is the employment by politicians of unqualified friends, relatives and factional hacks in electorate office jobs.

The public is also well and truly tired of hearing how politicians of all persuasions have sought to influence taxpayer funded grant processes to help a vested interest or advance their own agenda. 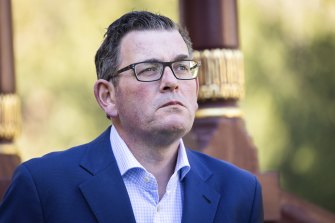 The Premier Daniel Andrews says the government will adopt all 21 of the inquiry’s recommendationsCredit:Paul Jeffers

The fact these practices have been occurring to varying degrees on both sides of the political aisle for years speaks not only of a rotten political culture that normalised them, but the difficulty in exposing them in a way that might actually lead to cultural change.

On Wednesday, the Independent Broad-based Anti-corruption Commission and the Ombudsman released the findings of its exhaustive Operation Watts inquiry into the extent disgraced ex-Labor minister Adem Somyurek engaged in these “grey corruption” practices. But the report is not just about one man and his cronies. Rather, the agencies’ report is an attempt to force cultural change upon a political system unwilling to clean itself up.

Somyurek is a case study on steroids, an egregious example of unethical conduct. IBAC and the Ombudsman have documented irrefutable evidence of his malfeasance by relying on phone taps, admissions made by political staffers and Somyurek during coercive hearings (in which witnesses must answer questions honestly or face jail) and material seized in raids.

The fact that such vast powers were needed to expose Somyurek’s operation shows how hard it has been to substantiate what was an open secret in the ALP about the way he conducted himself.

Whistleblowers were also critical. This scandal would never have come to light if not for an exhaustive investigation by The Age and 60 Minutes in 2020 that relied both on ALP whistleblowers and on lawfully made covert recordings that caught Somyurek in the act. The stunning evidence we unearthed forced action and change, including reforms to the ALP, the sacking of Somyurek and his cronies, and the anti-corruption agency inquiries that concluded on Wednesday. 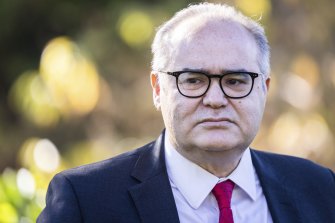 The IBAC phone taps found even more damning material than The Age’s reporters, including Somyurek’s efforts to cover up his wrongdoing. Before the IBAC public hearings last November, which began to solidify the case that Somyurek has engaged in what both integrity agencies describe as “egregious” misconduct, he also launched a defamation case against The Age.

The unearthing of the Somyurek scandal highlights the commitment of this masthead and 60 Minutes to support investigative journalism dedicated to fighting wrongdoing by politicians, despite the expense, legal risk and time expended in doing so.

We are still fighting Somyurek’s defamation action despite the abundance of evidence now in public view about his conduct. It should also be noted that News Ltd newspapers continue to accommodate Somyurek in their opinion and news pages to attack Premier Daniel Andrews or IBAC.

The fact our reporting on Somyurek in 2020 sparked change when so many similar reports by The Age about other politicians, both Labor and Coalition, engaging in similar conduct, speaks to the entrenched culture that allowed talentless, power-hungry figures like Somyurek to thrive or outdo their more honest colleagues. But this is also about how hard it is to find hard proof of something a person in power wants hidden.

The difficulty of finding verifiable evidence of the sort that sank Somyurek and some of his political allies has unquestionably been a blessing for some politicians. A shadow lingers over Premier Daniel Andrews regarding how much knew about, or endorsed, historical branch stacking and the abuse of public resources when he was a young apparatchik.

Also, why he didn’t do more to combat this grey corruption when it flourished more recently in his party while he was opposition leader and premier in the form of the Red Shirts scandal and the entrenched factional malfeasance documented in IBAC’s Operation Watts report.

Yet, as Ombudsman Deborah Glass stressed during Wednesday’s press conference, whispers and suspicion do not equate to evidence. No one, Somyurek included, has produced any hard evidence of Andrews doing what Somyurek did.

It must also be acknowledged that Andrews and Labor have also already pushed through some reforms that have made branch stacking much harder. The Liberal Party has also made changes. But as the IBAC Commissioner Robert Redlich stressed on Wednesday, the Victorian parliament is at the very start of a long road of required reform.

Far greater changes, including a parliamentary integrity commissioner and reforms to the law, must occur to stop the next Somyurek from wielding such power.

Andrews should champion this reform, but doing so will necessarily mean disowning part of a political culture in which he has thrived. Victorians, though, should demand no less.