The CEOs of ExxonMobil Corp and Chevron Corp held preliminary talks in early 2020 to explore combining the two largest U.S. oil producers in what would have been the biggest merger of all time.

Sources said Exxon’s Darren Woods and Chevron’s Mike Wirth talked about combining into a behemoth that would be second in the world by market capitalization and production only to Aramco, Saudi Arabia’s state oil producer.

The discussions, which are no longer ongoing, are indicative of the pressure the energy sector’s most dominant companies faced as the COVID-19 pandemic took hold and crude prices plunged. 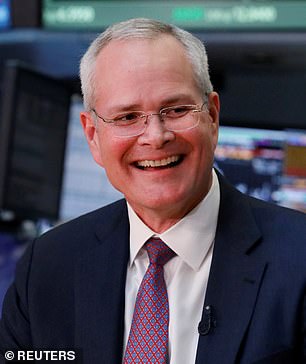 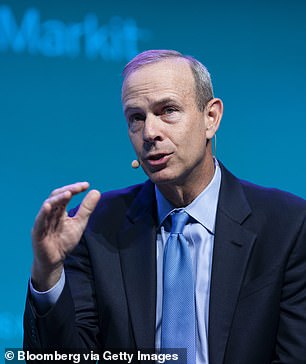 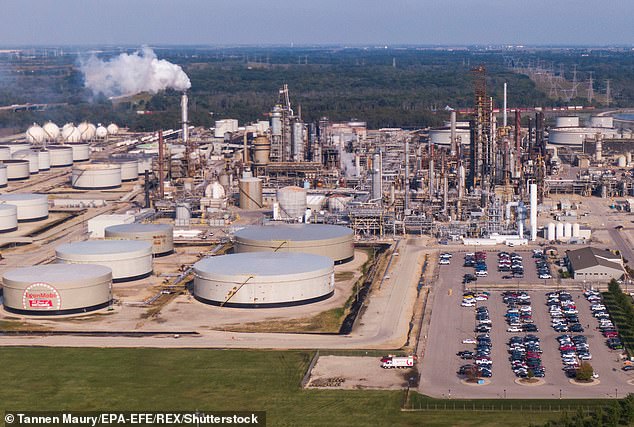 A photo shot from a drone shows the Exxon Mobile oil refinery operating in Channahon, Illinois

The talks were serious enough for legal documents involving certain aspects of the merger discussions to be drafted, one of the sources said. The reason the talks ended could not be learned.

The sources requested anonymity because the matter is confidential. Exxon and Chevron, which have market capitalizations of $190 billion and $164 billion, respectively, declined to comment.

A merger between Exxon and Chevron would be expected to face antitrust and other regulatory hurdles under the Biden administration.

On his inauguration day, Biden signed an executive order revoking the permit for the TC Energy’s crude oil Keystone XL pipeline and he has also taken the US back into the Paris climate accords.

The president has also previously said he would the ‘transition away from the oil industry.’

‘The oil industry pollutes, significantly. … It has to be replaced by renewable energy over time,’ Biden said in October.