Ezra Miller's recent arrest on disorderly conduct and harassment charges in Hawaii is the latest speed bump in the Flash's superhero career. According to a bombshell Rolling Stone report, the actor's future as the DC Extended Universe's Scarlet Speedster may be in doubt after Warner Bros. executives held an emergency meeting to discuss next steps after The Flash zips into theaters on June 23, 2023.

Directed by Andy Muschietti, the long-delayed solo Flash feature is expected to be a soft reboot of the current DCEU, bringing in new faces alongside existing heroes like Miller's lightning-fast Barry Allen. The film will also feature Michael Keaton's long-awaited return as Batman. But Rolling Stone reports that the studio has decided to put a halt on additional appearances by the current Flash, who first appeared in Zack Snyder's 2016 blockbuster, Batman v. Superman: Dawn of Justice. 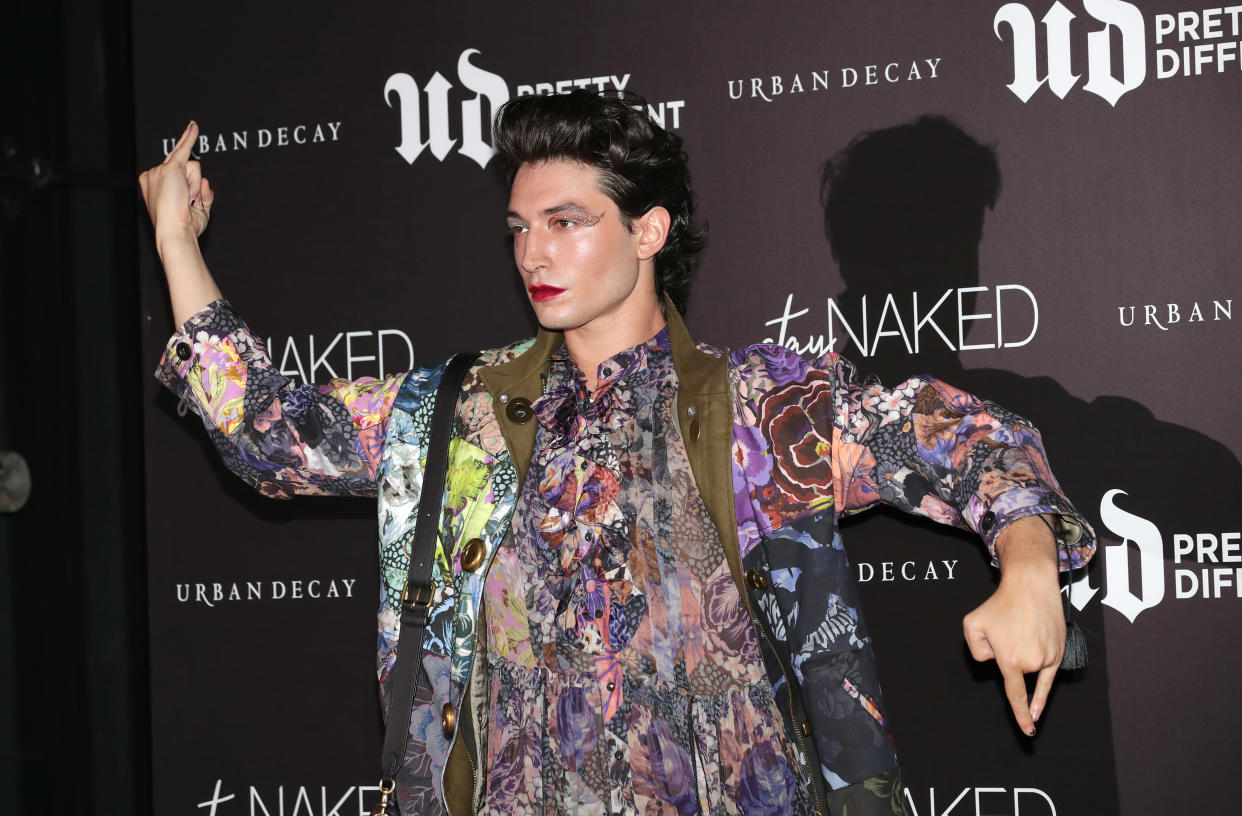 Miller, who is nonbinary and uses they/them pronouns, reprised the role in Justice League — both Joss Whedon's controversial 2017 theatrical version, and Snyder's 2021 director's cut — and crossed over into The CW's Arrowverse with a cameo in the Crisis on Infinite Earths event series.

The Rolling Stone story also includes allegations that Miller's behavior on the set of the film was marred by "frequent meltdowns" where the actor appeared to be "losing it" during production. "Ezra would get a thought in [their] head and say, 'I don't know what I'm doing,'" a source told the magazine.

Warner Bros. did not immediately respond to Yahoo Entertainment's request for comment. 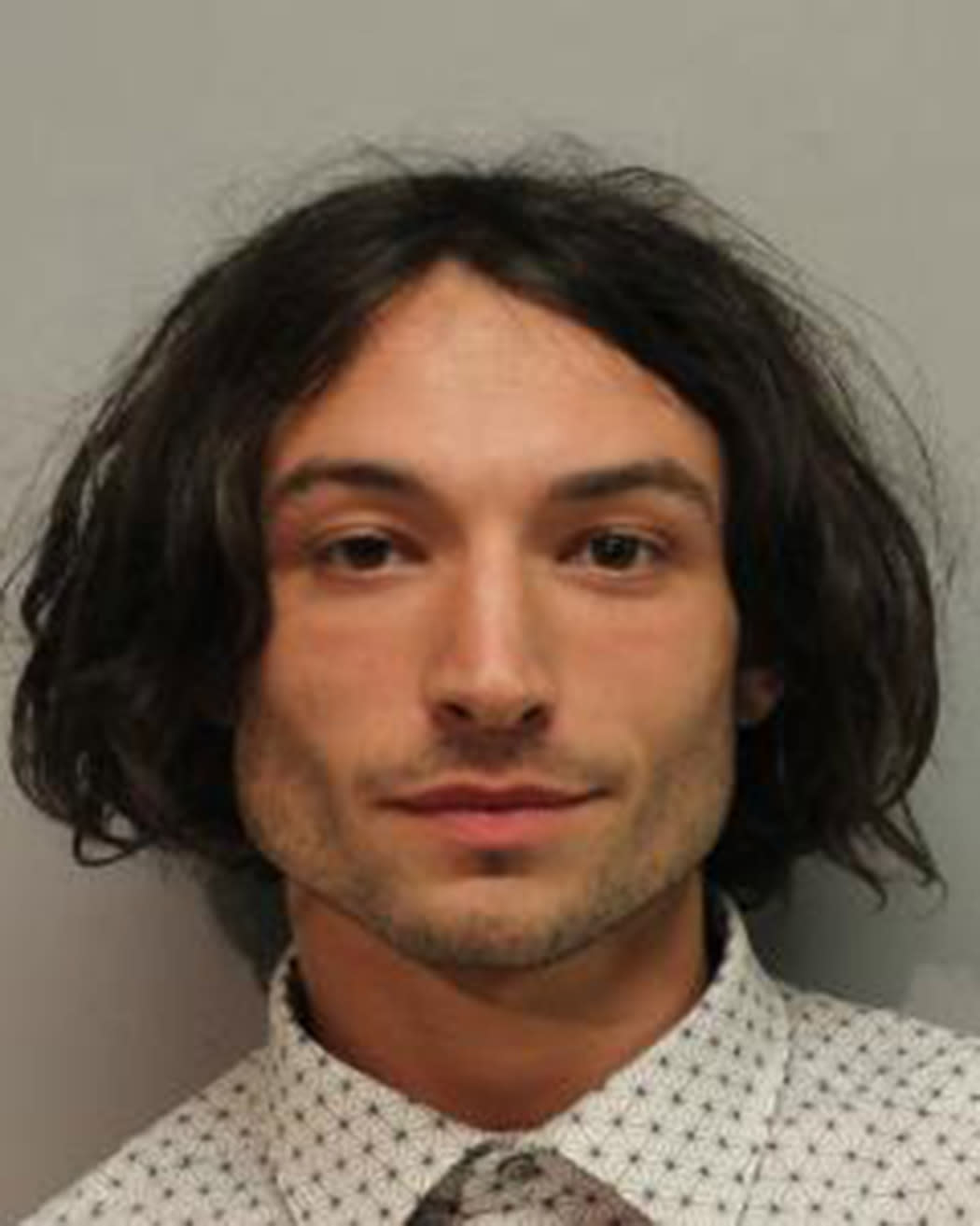 Miller's Hawaii arrest occurred on March 28, hours after the 94th Academy Awards where a Flash-centric scene from Zack Snyder's Justice League won a fan-voted award for "Most Cheer-Worthy Moment." Later on in the ceremony, Will Smith slapped Chris Rock on live television — an incident that has already resulted in significant career fallout for the Oscar-winning King Richard star.

Reps for Miller did not respond to Yahoo Entertainment's requests for comment.

Miller, 29, is now reportedly is in a similar situation, but the roots of their current crisis extend back beyond this most recent arrest. Here's a timeline of the actor's previous legal issues since their breakout role in the 2011 film, We Need to Talk About Kevin.

June 28, 2011: While shooting the YA drama, The Perks of Being a Wallflower, in Pittsburgh, Pa., Miller is a passenger in a car pulled over by police for a faulty rear brake light. The investigating officer observes marijuana in Miller's lap, and the actor is charged with drug possession. Those charges are later dismissed, with Miller pleading guilty to two counts of disorderly conduct, carrying a $600 fine. "I don't feel like there's any need to hide the fact that I smoke pot," they told New York magazine the following year.

April 6, 2020: Miller is captured on video appearing to choke a woman in a bar in Reykjavik, Iceland. In the seven-second clip, the actor is seen telling the woman, "Oh, you wanna fight? That's what you wanna do?" before grabbing her throat and throwing her to the ground. Miller was then escorted out of the bar. No charges are filed, and the actor has still not addressed the encounter. 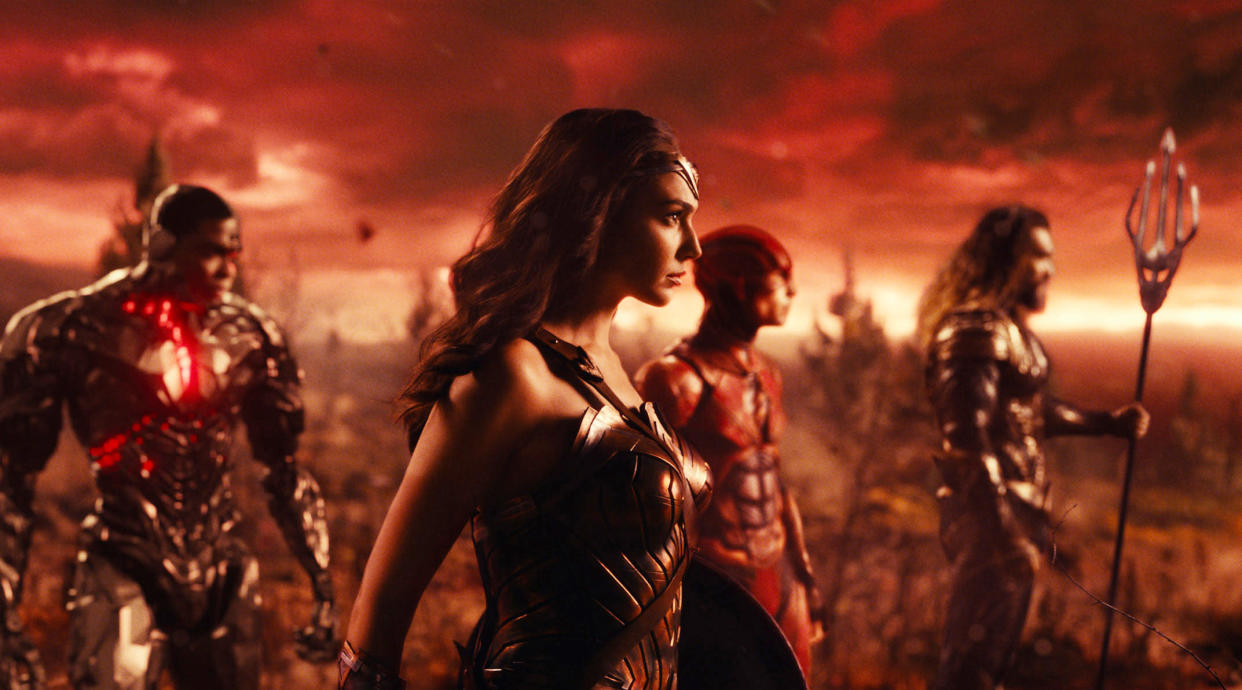 January 27, 2022: In a since-deleted Instagram video, Miller appears to lob threats at what they identify as the Beulaville, North Carolina chapter of the Ku Klux Klan. "Look, if y'all want to die, I suggest just killing yourselves with your own guns," says the actor, who is seen wearing a Flash ring. "Otherwise, keep doing exactly what you're doing right now — and you know what I am talking about — then, you know, we'll do it for you, if that's really what you want." The Southern Poverty Law Center, which tracks white supremacist groups, later tells Vice that there's no significant KKK activity in the Beulaville area.

March 27, 2022: Hawaii Police Department officers respond to reports of a disorderly bar patron in South Hilo, Hawaii, later identified as Miller. The actor is alleged to have gotten "agitated" during a karaoke rendition of Lady Gaga's A Star is Born anthem, "Shallow," and reportedly tried to grab the mic from one woman before lunging at a man playing darts.

March 28, 2022: Miller is arrested shortly after midnight and charged with disorderly conduct and harassment. They are released after paying $500 bail. Later that same day, the actor is escorted off another property after allegedly threatening a couple they were staying with. On March 29, that couple asked for a restraining order against Miller, who they accused of stealing a passport and wallet, among other personal belongings. On social media, some ask why Miller's arrest doesn't appear to be leading to the same career ramifications caused by Will Smith's Oscars outburst.

March 30, 2022: Warner Bros. reportedly holds an emergency meeting to discuss Miller's future in the DCEU and decides to pause all future Flash appearances. At press time, The Flash is still scheduled to be released on June 23, 2023.