Thousands of viewers have become hooked on live footage of falcons nesting on the roof of Salisbury Cathedral during the coronavirus lockdown.

More than 55, 000 people watched the peregrine falcon laying four eggs last month compared to the 6,000 viewers who watched them at the same time last year.

Speaking about the massive increase in viewers the Cathedral’s clerk of work Gary Price said: ‘That is probably wholly due to the situation that’s going on in the world.

‘It’s a great thing to see, it’s uplifting and a lot of people have been interacting with it.

‘A friend of mine has two grandchildren and she’s told her grandkids: “when the peregrine lifts see if you can count the chicks”.’

The footage shows the falcon sitting in a nest box made for her by cathedral staff on the roof of the building’s tower.

On Mother’s Day she was recorded laying her first egg and night-time footage captured her laying the second two days later at 7.19pm.

She laid two more over the next five days – with her final egg on March 29. 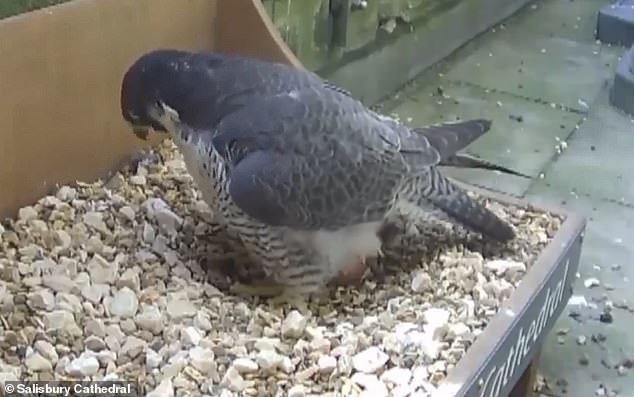 The peregrine falcon lifts herself and lays her first egg at 10.26am on Mother’s Day on the roof of Salisbury Cathedral’s tower 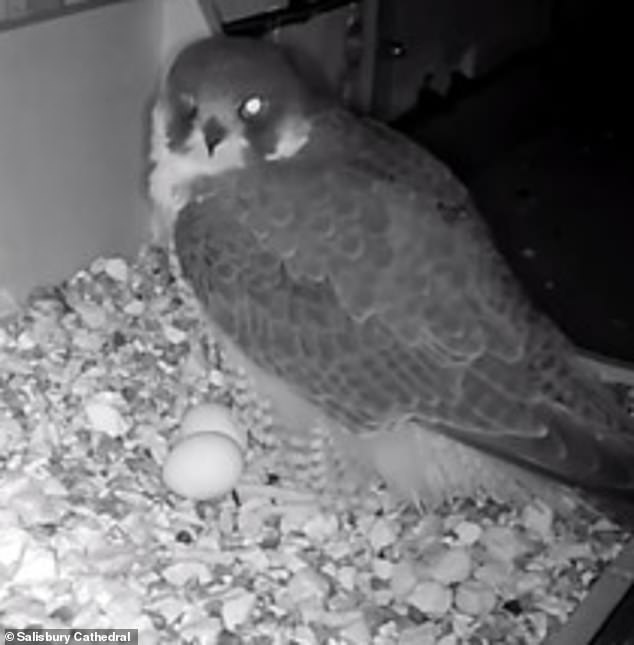 Each egg is laid with two or three days in between and at the last egg beings incubation.

This is when the female sits on the eggs for just over a month with the male taking over when she goes hunting.

Nature conservation adviser Phil Sheldrake told ITV: ‘Incubating more than four can be a challenge and often an egg can be left uncovered. It’s also a lot of mouths to feed if they eventually hatch’

The chicks hatch after 32 to 42 days and can often look after themselves after only two months. 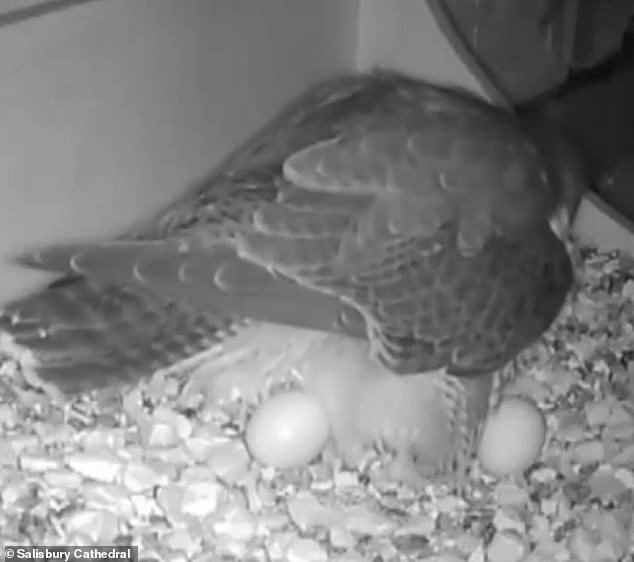 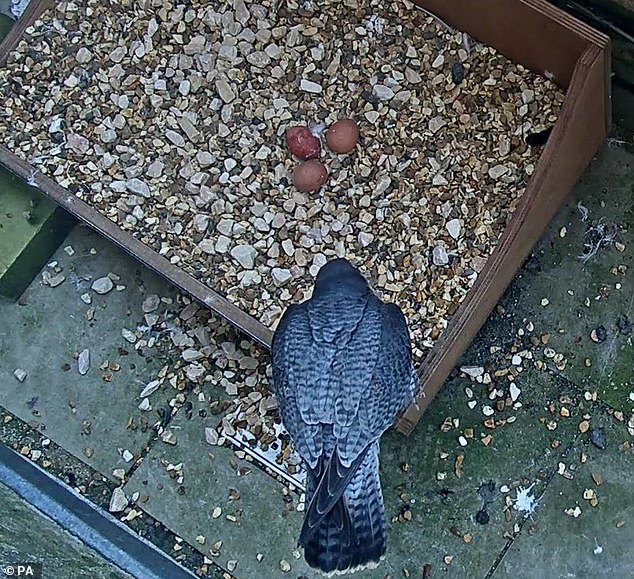 Females usually lay between three and five eggs, rarely six, called a clutch, before they are incubated for over a month 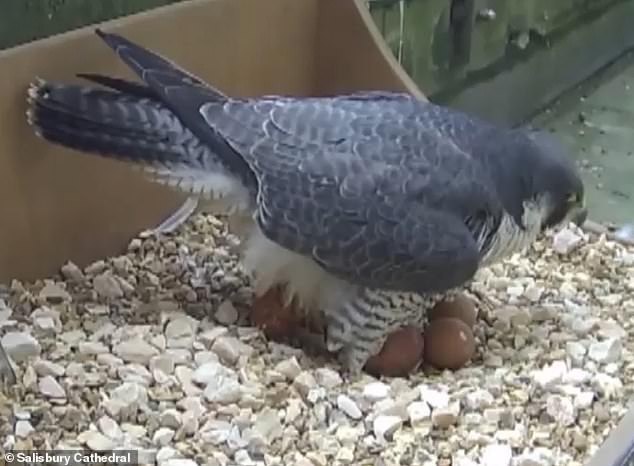 The falcon’s final egg arrived at 11.49am two days later on March 29. Nature conservation adviser Phil Sheldrake told ITV: ‘Incubating more than four can be a challenge and often an egg can be left uncovered. It’s also a lot of mouths to feed if they eventually hatch’