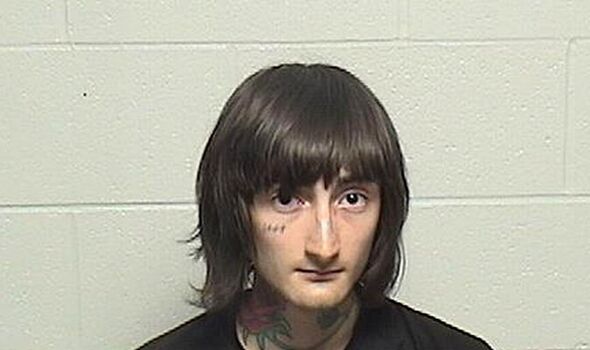 Robert Crimo, 22, who appeared in court yesterday after being charged with seven counts of murder, had 16 knives, a dagger and a sword confiscated in 2019, authorities said. Police in Illinois, US, where he allegedly opened fire on an Independence Day parade on Monday – an attack that left seven dead and 38 injured – got a “clear and present danger” report three years ago, the Lake County Major Crimes Task Force said.

Officers admitted he was interviewed in April 2019 after threatening suicide and again in September after he said he would “kill everyone” in his family.

While his weapons were taken away, Crimo was not arrested.

Then aged 19, he was two years under the minimum legal age to apply for a gun permit without a parent’s consent, but Crimo’s father sponsored him for one in December 2019.

It was approved a month later and officials claimed they waved it through due to “insufficient” evidence he posed a threat.

Crimo was legally able to buy the weapon allegedly used in the shooting in Highland Park, north of Chicago.

His parents, Bob and Denise, said: “We are all mothers and fathers, sisters and brothers, and this is a terrible tragedy for many families, the victims, the paradegoers, the community, and our own. Our hearts, thoughts, and prayers go out to everybody.”