A father-of-two was arrested at Disneyland’s food and wine festival after chugging two beers and nearly falling off the Skyliner ride.

Chase Holderby, 30, of Merritt Island, Florida, was enjoying the festival at Epcot when he reportedly decided to down two beers in a matter of 30 seconds near the American Adventure Pavilion, witnesses claimed in September.

After he became intoxicated, he was observed ‘shaking everyone’s hand in line, high-fiving people, and was stumbling while in line,’ deputies said, according to Fox 35.

A Disney employee took a picture of Holderby to pass around the other vendors at Epcot to signal to them not to sell him anymore more alcohol, according to the Mirror.

He was eventually arrested for disorderly intoxication and trespassing after yelling at security and nearly falling off the Skyliner ride. 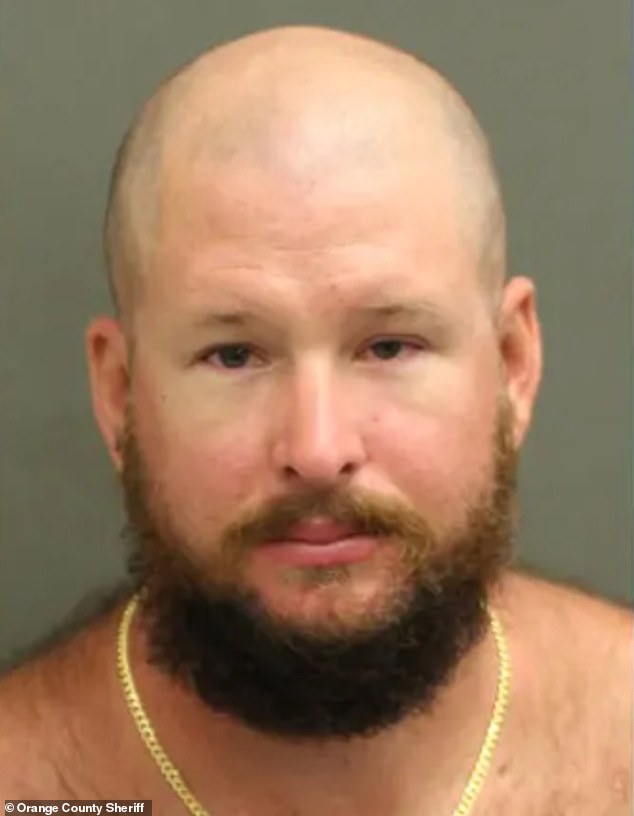 Chase Holderby, 30, of Merritt Island, Florida, (pictured) was enjoying Disneyland’s food and wine festival at Epcot when he reportedly decided to down two beers in a matter of 30 seconds on September 10, leading to his arrest for disorderly intoxication and trespassing 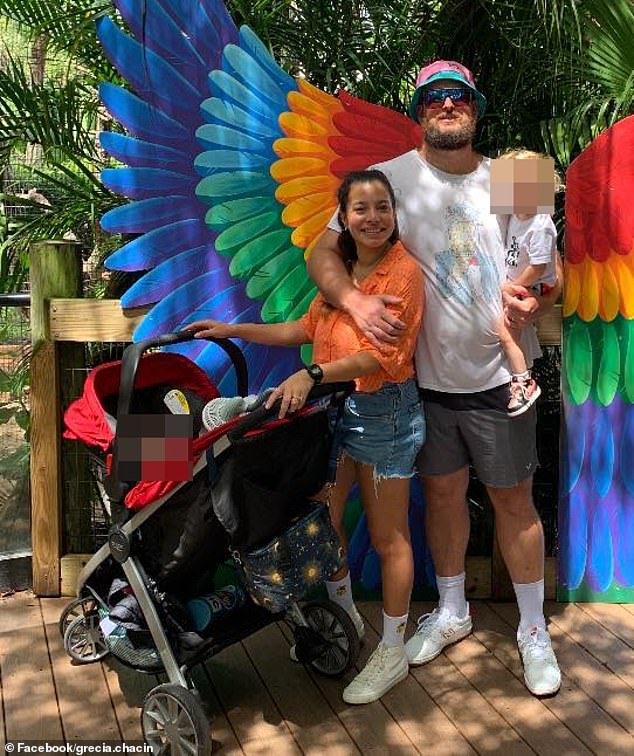 The dad-of-two (pictured with his wife and kids) shortly became belligerent and started yelling at security and arguing with a person in his group. Those with him reportedly encouraged him to drink water and he was eventually asked to leave the premises 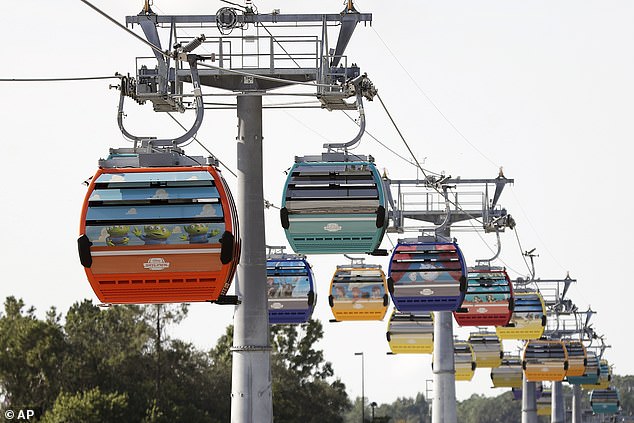 While heading toward the Skyliner ride, which transports visitors between various parks, he reported got onto the ride before attempting to get out to yell insults at security. This cause park employees to shut the ride down for his safety as he almost fell

After his photo was passed around to vendors, his group noticed he was causing a scene and started to encourage the belligerent parkgoer to drink water and head toward the exit, the Mirror reported.

Minutes later, he reportedly got into an argument with someone he came with near the Japan Pavilion, located in the back of the park. As he made his way to the neighboring pavilion, Morocco, he was asked by Disney security to leave the premises.

He reported stuck his finger into the man’s chest and started to swear at him, insisting he had not done anything wrong.

Police followed the dad to the International Gateway, two pavilions away, while ‘he took his shirt off and continued asking what he had done wrong,’ the report said.

Holderby reported yelled at security some more as he headed toward the Skyliner ride, located in the International Gateway.

‘Once in the line queue, he continued to act belligerently and cause the crowd of people in line to become alarmed,’ the report said.

Holderby boarded the ride before he tried to push himself out to yell insults at security and was ‘dangerously close to falling into the area beneath where the attraction operates.’ 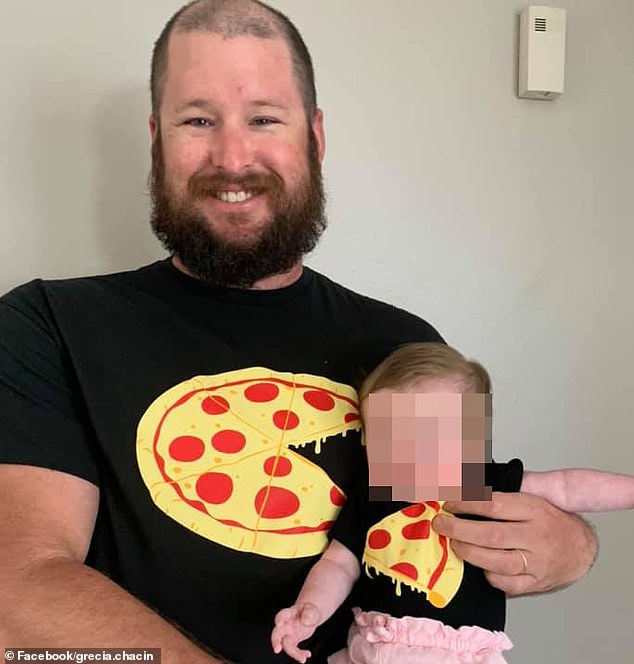 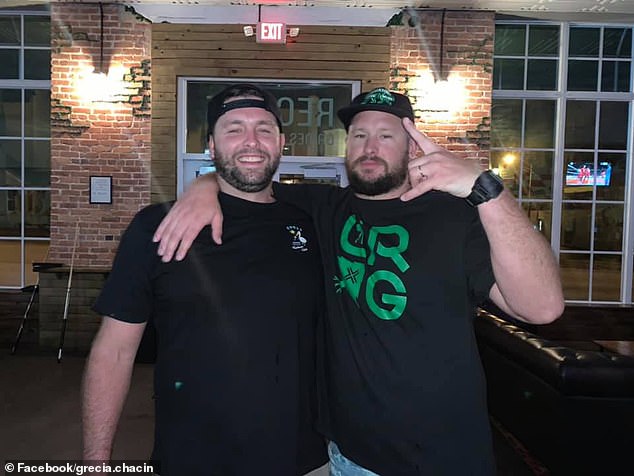 He later took a plea deal and pleaded no contest and paid nearly $300 in fines. He did not receive any jail time

His near fall caused park staff to stopped the ride to keep him safe and ‘inconveniencing and delaying all other riders.’

He took a plea deal earlier this month, according to the Mirror, paying nearly $300. He pleaded no contest and did not receive any jail time. 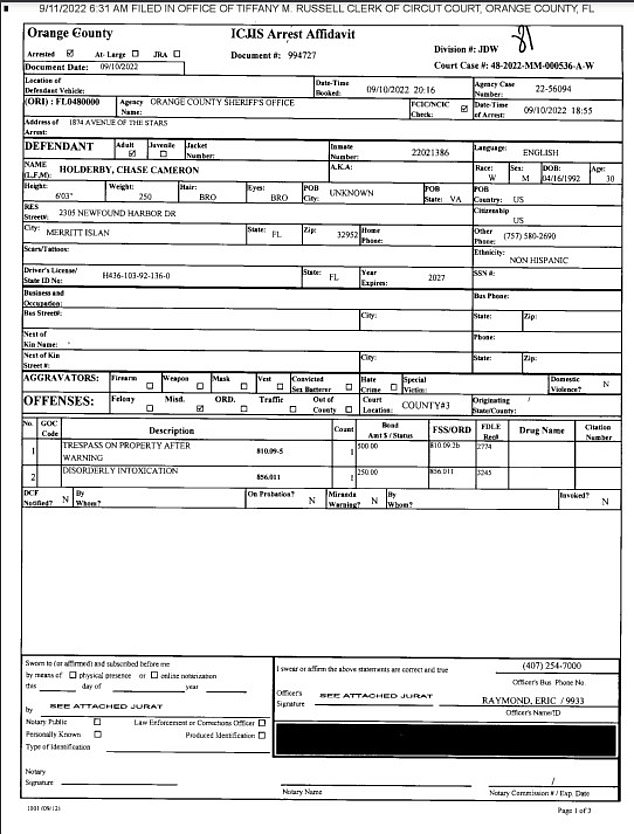 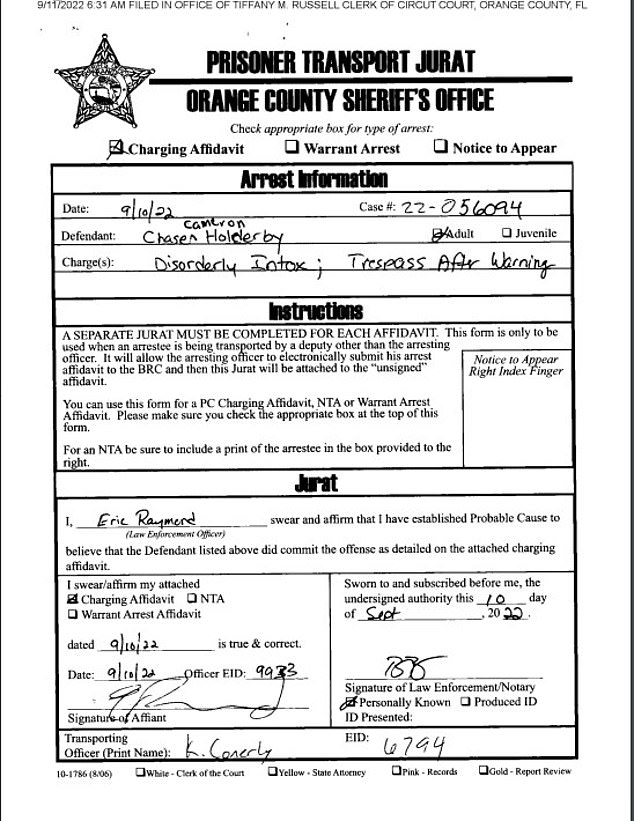 The police report (pictured) said the dad refused to the leave the park. He was also reportedly high-fiving people and shaking their hands as he made his way through various parts of the park