Two schools have been closed for cleaning and 120 residents at a social housing block have been asked to self-isolate while health authorities get on top of an outbreak in Melbourne's northern suburbs.

Pop-up testing sites will be established on Thursday and residents in Dallas, Roxburgh Park, Broadmeadows, Preston and West Heidelberg have been urged to get tested for the coronavirus. 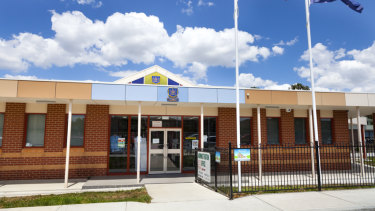 The push comes after a student at East Preston Islamic College tested positive and a close contact was identified at Dallas Brooks Primary School.

Both schools have been closed for deep cleaning.

The outbreak has also been linked to cases at a social housing block in Broadmeadows, where 120 residents have been asked to self-isolate for 48 hours, monitor for symptoms and get tested.

Health authorities say extensive contact tracing is underway but they expect additional cases will be detected.

“This timeframe allows for the department to ensure the community is aware of the situation and for residents to get tested and get their results back before determining what the next steps are," Victoria’s commander of testing and community engagement, Jeroen Weimar, said.

“We’re asking all these residents to come forward for asymptomatic testing at the dedicated testing station on site." 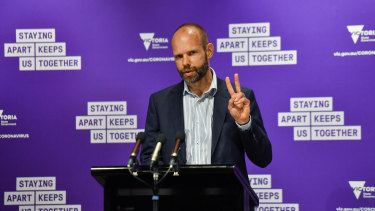 The East Preston Islamic College has been closed for deep cleaning after it was revealed a student that was supposed to be self-isolating as a close contact had gone to school due to a misunderstanding.

“The college has taken positive steps to manage this situation and is working closely with us. It has been closed for deep cleaning," Mr Weimar said.

“We need everyone working together to tackle this virus, and that’s exactly what the school community is doing. Staff and students who are close contacts – and their households – have been identified and are quarantining for 14 days.

“Extensive contact tracing is underway and we expect that as part of this work, additional cases will be detected."

The East Preston college was closed after it was revealed a grade five student who should have been isolating as a close contact of positive cases attended the school on Monday and Tuesday.

East Preston Islamic College principal Ekrem Ozyurek said his siblings were cleared of the virus on October 17 and the boy was sent for day-11 test on Tuesday. He received a positive result on Wednesday, Mr Ozyurek said.

The principal said he believed there had been a misunderstanding that led to the family sending their child to school.

"We’re not trying to find a fault in this one," he said. "The best thing is to see what we can do from now on."

Mr Ozyurek said he received a call from the Health Department on Tuesday inquiring about the student's attendance at the school, when he was told the boy was meant to still be in isolation.

The principal said he was not advised to close the school at that stage, but did so anyway out of precaution.

"I made the executive decision to close the school," he said. "We can't take any chances."

The school was officially ordered to close on Wednesday when the boy tested positive.

"We gave them [DHHS] all the contact numbers [of close contacts]," Mr Ozyurek said.

"I’m hoping and praying that the classroom teacher has not picked up anything."

East Preston Islamic College is a not-for-profit school with about 600 students from kindergarten to year 12.

Primary-aged students at the school had returned to face-to-face learning only last week.

A text message was sent to residents in the northern suburbs to get tested if they experience any symptoms and a community outreach program will begin on Thursday.

Banyule Community Health and Himilo Community Connect will door knock the area to alert residents about the outbreak and provide information about testing and supports like financial assistance for missing work.

“We’re asking everyone who lives in this area or who has loved ones linked to these suburbs to please get tested if they have symptoms and to share this information within their families and the broader community,” Mr Weimar said.

Of the three new COVID-19 cases reported on Wednesday, two were linked to the "northern metro region community outbreak, which now has 23 cases in total, with 14 active.

The third new case was a household contact of a known case.

Get our Coronavirus Update newsletter for the day’s crucial developments at a glance, the numbers you need to know and what our readers are saying. Sign up to The Sydney Morning Herald’s newsletter here and The Age’s here.