Female prison officer, 34, who sent sexually explicit underwear photos of herself and letters signed ‘your future wife’ to two inmates is jailed for 14 months

A female prison officer has been jailed for 14 months for sending two inmates pictures of herself in her underwear and letters signed ‘Your future wife’.

Emma Webster, 34, a mother-of-two, also had phone sex with jailed drug dealer Bradley Brammall during 17 banned calls with the A Wing prisoner using a smuggled in phone.

Eight days after being dumped by Brammall, Webster swapped night shifts with colleagues to start flirting with C-Wing inmate Jimmy Bennett, who is behind bars for a knife attack on an 18-year-old man.

During a series of 75 prohibited phone calls to Bennett, the operational grade prison officer at Lincoln Jail was asked to pull down her pants while at home in her bedroom and appeared to be ‘pleasuring herself’ while breathing heavily. 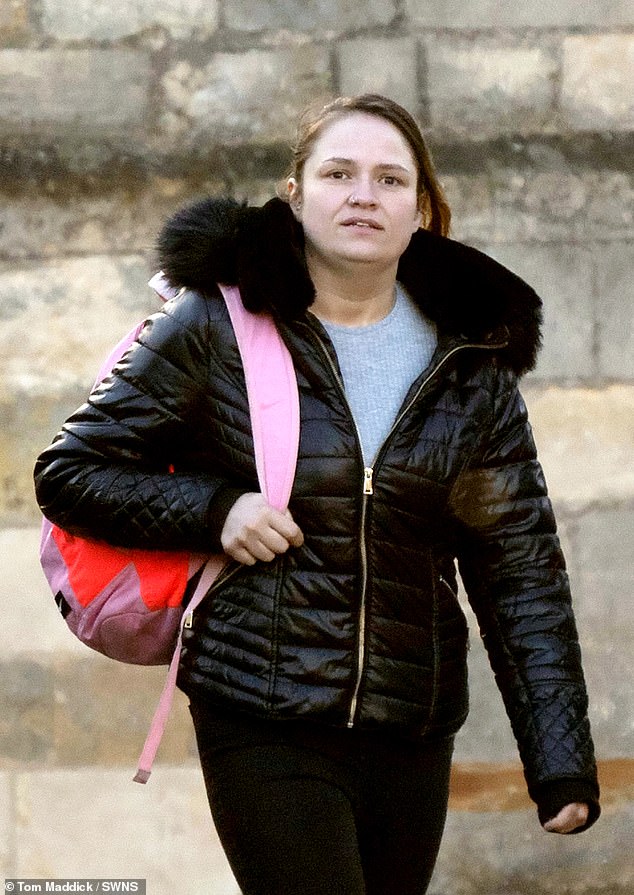 Emma Webster, 34, has been jailed for 14 months for misconduct in public office. Pictured outside Lincoln Crown Court

Prosecutor Lauren Fisher said that Webster smuggled contraband into HMP Lincoln including letters and intimate photographs, but there was no evidence of any physical sexual contact.

Miss Fisher said an investigation began after a new phone number under the name of ‘Emma Smith’ appeared on both Brammall and Bennett’s prison list of contacts.

The prison began eavesdropping on the conversations and recognised the caller’s voice as Webster.

During one call when Webster was out walking her dog, she promised Brammall she would send ‘better pictures’ after he asked her to go into a field or hedge.

Brammall then told Webster ‘he could do with oral sex’.

The pair talked about ‘having sex’ during a further call, but they broke up in October 2021 after Webster met a mutual friend of Brammall’s and a gift was not delivered.

Miss Fisher said within eight days Webster had begun an inappropriate relationship with Bennett, who she knew before he was jailed. 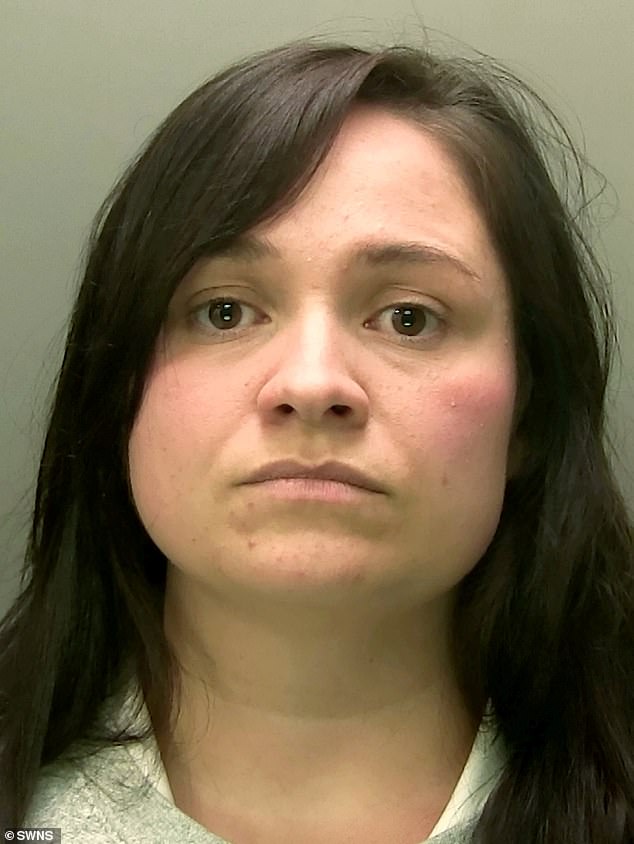 During another call, Webster revealed she was at home and had put her bed across the door to stop her mother coming in.

Miss Fisher said Bennett asked Webster: ‘Are you pulling your panties down?,’ to which she said yes, adding: ‘She is described breathing heavily during that phone call and it appears she is pleasuring herself.’

During letters to Bennett, the prison officer signed herself off as ‘your future wife,’ and a photo of Webster in her underwear was found when staff searched his cell.

Pieces of paper with the name Emma Smith and a phone number were also discovered.

Webster professed her love for Bennet during one phone call and called him her boyfriend.

Webster at first told police officers that she was only being friendly with Brammall, but admitted having a non-sexual relationship with Bennett.

She admitted contacting Bennett under the name Emma Smith using a different SIM card to the number she used for Brammall.

Neil Sands, mitigating, said that his client had two children to look after and had co-operated with the investigation.

He said Webster had acted out of character following the breakdown of a relationship.

‘There can be no better example of someone who acted out of character. She accepts what she’s done,’ he said.

‘She must have known these proceedings were going to go ahead and also the background of the collapse of her relationship. 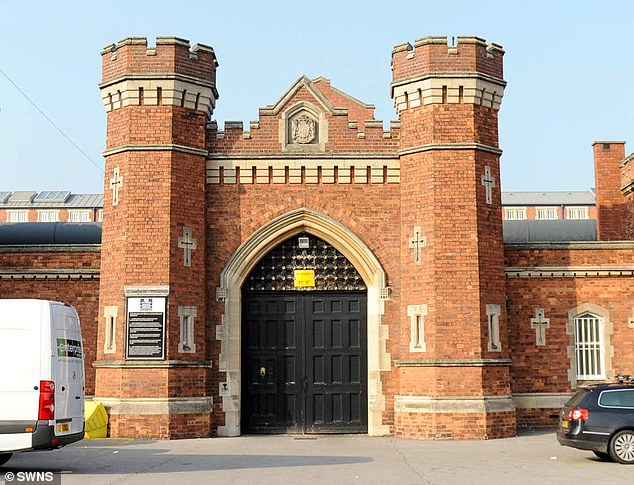 Webster begun an inappropriate relationship with Bennett eight days after the contact with Brammall ended. File image of HMP Lincoln

‘Those must have been a very difficult seven months to have these matters hanging over her.

‘There are defendants with that sort of pressure hanging over them might revert to offending behaviour but she does not.

‘She does everything that she can to put matters right and to support her two children.

‘Her full cooperation, her acceptance and lack of deflection must speak to her credit.’

Passing sentence Judge Catarina Sjolin Knight said: ‘It is clear your were chasing, rather than just being manipulated.’

‘You had a position of trust as an operational grade prison officer at HMP Lincoln, a Category B prison.

‘In that prison you misconducted yourself by first having a relationship with one prisoner, and then another.

‘You communicated with them via letters and calls and smuggling articles into prison… It is clear you craved attention.

‘A sexual relationship with a prisoner leaves staff open to corruption.’